Since 2008, I have posted the rankings of my favorite films of the year on the last day of the year. At first, it was just a Top Ten, but since 2009, I have compiled a Top 25. Why? Because I usually love more movies than I dislike; I have no real genre bias, nor do I differentiate between love for a wacky comedy, an Oscar contender, or Speed Racer. It's about what carries me off, lifts me off my seat and into the world of the film itself, forgetting for those two hours (or, increasingly, two and a half hours) that I am Walter Hollmann, blogger/movie theater employee. It's about what films remind me of why my best friend and I call ourselves Cinemaniacs.

Last year, I saw 82 films, and the result was a Top Ten that looked like this:

This year, I have seen a whopping 103 films, my best ever!

And the result is a Top 25 that looks like this (pictures to be added later; working on the worst computer right now):

Hypnotic and haunting, with an incredible central turn by Denis Lavant. At times melancholy, at other times humorous, at all times fascinating.

This has been dubbed by many as The Year of McConaughey, with many touting his Magic Mike performance as career-best. A strong choice, but Killer Joe is just as formidable, a deranged cop moonlighting as a hit-man, employed by trailer trash Emile Hirsch with his little sister Juno Temple as retainer. You want to avert your eyes, yet you can't look away!

I've had a lot of tense experiences inside a theater this year. It all started with this Indonesian action flick, featuring the kind of live fight choreography long thought extinct.

Though it's not perfect, it's one of the movies I continue to revisit in my thoughts. And it gets better every time. 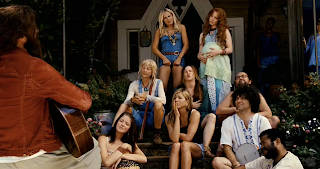 Give credit where due: this is the first time I actually enjoyed Jennifer Aniston in a movie! Hilariously satirizes both modern Yuppies and hippies, with each member of the ensemble adding surprising nuance to their farcical performances.

20. The Best Exotic Marigold Hotel
(Number 9 on 25 Most Anticipated)

Delightful. Judi Dench has never looked more radiant, while Maggie Smith is actually given something to do besides being haughtily upper-class. Bill Nighy, Celia Imrie and Tom Wilkinson are marvelous.

I love everything Batman (even Batman & Robin), and while I admit there are a lot of logical flaws and terrible character moments, I barely noticed it in the theater. It's not perfect, but it's a superlative capper to an incredible trilogy.

Again: the execution far outweighed any of my script issues. And there were a lot of script issues. I'm willing to overlook all that for the sake of the awestruck wonder and gross-out horror provided by the score, visual effects, makeup team, actors and director Ridley Scott. Perfectly-calibrated to impress, with a mastery of 3D not seen since Avatar.

Over-the-top and damn proud of it! I like my Oliver Stone unhinged and ridiculous, and Savages delivered, from the self-serious, thick-tongued narration of Blake Lively to the hair-raising scenery-chewing of Salma Hayek.

This sweet Disney film about what it takes to be a hero (and a friend!) surprised me. It's hilarious, touching and subtle, with (real shocker) one of the best performances of the year to go with it. 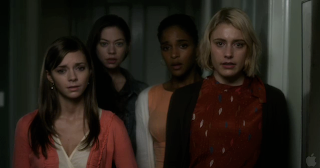 HILARIOUS, uber-dry satire of university life and relationships among the sexes. The ensemble all play in the perfect key without a single false note, Greta Gerwig anchors, but director-writer Whit Stillman leaves plenty of opportunities for costars Analeigh Tipton, Carrie Maclemore and Megalyn Echikunwoke to steal numerous scenes.

Ben Affleck made one mediocre movie, one good movie, and then...this. Two sphincter-puckered hours later, I finally exhaled, the tension in my chest relaxed, and I marveled at how far the boy from Armageddon has come. And that was the second time!

The Cinemaniacs review should present my case.

A devastating, quiet study of the manipulative power held by a dangerous man, based on the true story of Australia's most notorious serial killer. You will fall for the charm of this murderer; you will be disgusted with yourself for doing so.

A movie which initially left me going, "Hm," only to keep coming back to mind. The film crackles with a youthful electricity, and even as we fall for the main characters, Walter Salles and Jose Rivera make sure to keep a sense of the finite, a bittersweet sadness looming over even the most pepped-up, naked displays of wild abandon.

The following are my Top Ten Films of 2012, in alphabetical order. You know I love to keep suspense for my annual Hollmann Awards; they're on the way.

From my halfway capsule: "Hilarious and surprisingly moving, one of the few films I saw twice in the theater (in as many days, I think). Proved Channing Tatum's mettle as a comic leading man, and guaranteed my falling in love with Brie Larson."

Anna Karenina
(Number 11 of 25 Most Anticipated)

Beasts of the Southern Wild 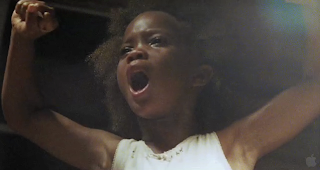 A beautiful and inspiring coming-of-age story revolving around a six-year-old girl and her father, living in a shack village in the Louisiana bayou. As she finds her own place in the world, we are asked to consider ours. The music soars.

Cloud Atlas
(Number 13 of 25 Most Anticipated)

The Cinemaniacs review should present my case.

Django Unchained
(Number 3 of 25 Most Anticipated)

The last movie I saw this year. Is it just the appeal of something new and shiny? No; no, Django is much more than just the cool kid on the block. Django is a powerful tale of love and vengeance, the first Tarantino since Kill Bill to bring me to tears. Jamie Foxx's quiet, confident performance is one of the biggest, and most welcome, surprises of the year. Don't buy the nay-sayers' waving it off as another exploitation genre wank from QT. It's so much more.

Moonrise Kingdom
(Number 14 of 25 Most Anticipated)

From my halfway capsule: "Lit with the bright haze of a summer memory, this surely must be the most gorgeous film Wes Anderson's offered us. It's woozily nostalgic with a bittersweet flavor, as we recognize the naive passions and awkward realities of young love....When I recommend this to people, I use the word BEAUTIFUL. And it is."

The Paperboy
(Number 24 of 25 Most Anticipated)

We were talking last night, some friends and I, about our favorites of the year. One of them named Looper, saying it's the kind of movie he wants to make. Well, The Paperboy is mine. As a Floridian, as a fan of pulp novels, as someone who had just finished a marathon of mid-70s oddities, all my buttons were pushed by this trashy Southern noir from unhinged genius Lee Daniels.

The Perks of Being a Wallflower 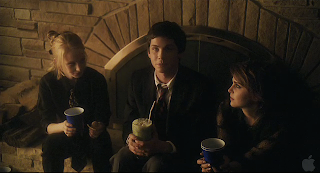 Logan Lerman's stunning performance anchored this high-school drama, one that was both effectively universal yet uniquely personal. Stephen Chbosky, directing and adapting his own novel, nailed that freshman feeling, when every new experience was a significant event, and the entire universe was you and your friends taking drives and going to the movies.

Skyfall
(Number 4 of 25 Most Anticipated)

An emotional experience for me, with the perfect blend of the cinematic and literary Bonds. Daniel Craig secures his name as the definitive James Bond, with director Sam Mendes proving himself born to direct action. At least for 007. A triumph for all: Judi Dench, composer Thomas Newman, cinematographer Roger Deakins, etc., etc., etc.

Breathless suspense, inetrrupted occasionally by people sitting around conference tables and desks to hash out truths, lies, and political sensitivities. It's my kind of movie, climaxing in a late-night raid that leaves one with more melancholy than victory. Jessica Chastain's final close-up is cathartic, tragic and exhausting -- for everyone. Haunts.
Posted by Walter L. Hollmann at 5:54 PM