FINALLY, months later than usual, my "early bird" predictions for the Academy Awards! Not every category, though -- just the Actings, Screenplays, Picture, Director. It's hard enough to do those eight, don't make me do more! 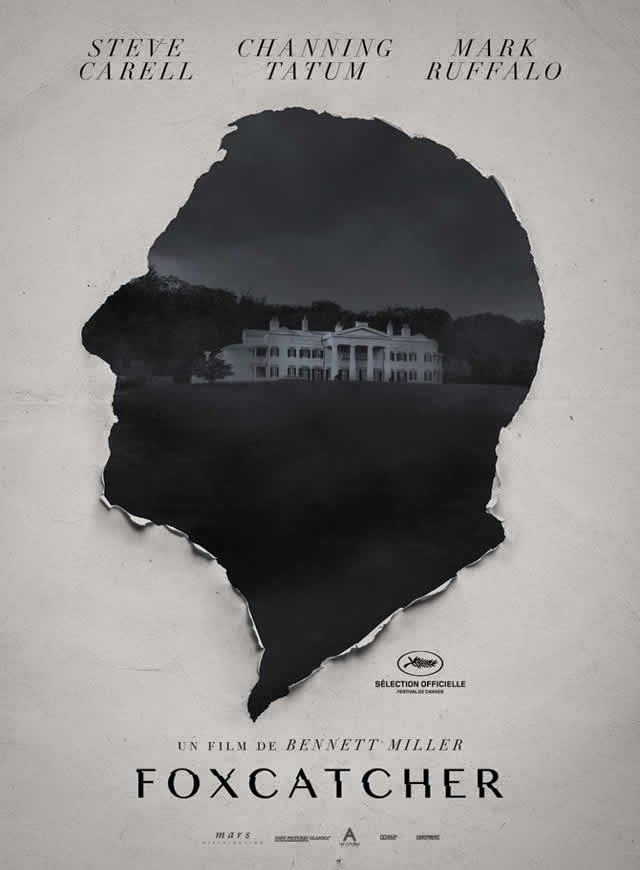 As I've usually done, I've put up the five I expect to get in, plus the next five in order of expectation. One never knows if it's going to be five or ten -- although, lately, it seems most likely that the answer is nine. Foxcatcher and Mr. Turner are Cannes titles that went over extremely well. Fury certainly looks like it has the goods, and is a World War II tale besides. Gone Girl may be just a thriller, but when Fincher's at the helm, it's never "just" anything. And Interstellar for that blockbuster VFX spectacle slot.

I imagine it'll be hard, especially with the passing of Louis Zamperini, to ignore Unbroken, and given the subject matter, so will Selma, especially a year after 12 Years a Slave (though expect to hear a lot of, "Aw, but wasn't last year enough" griping from terrible people). The Grand Budapest Hotel has what it takes to take it all the way. Birdman, perhaps, if it's more than the lead performance. And The Imitation Game, maybe.

Last year: 3/9 - American Hustle, Gravity, The Wolf of Wall Street
Foxcatcher and The Monuments Men were both pushed to 2014; August: Osage County, The Fifth Estate, Rush and Fruitvale Station did not meet expectations; The Counselor was a full-on disaster. 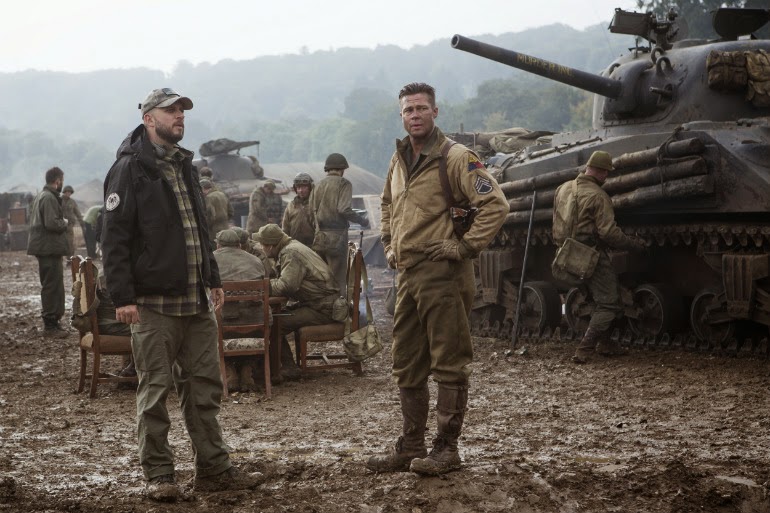 Links up to my main Five in Best Pic, with the exception of Ava DuVernay in the place of Christopher Nolan. I'm going out on a limb here, I know -- DuVernay, if nominated, would be the first woman of color to be so honored, and she'd have to beat out Angelina Jolie. On the other hand, if the film is great, who can resist a narrative like that?

Last Year: 1/5 - David O. Russell, American Hustle
Again, I had two 2014 releases in there -- Foxcatcher and The Monuments Men. 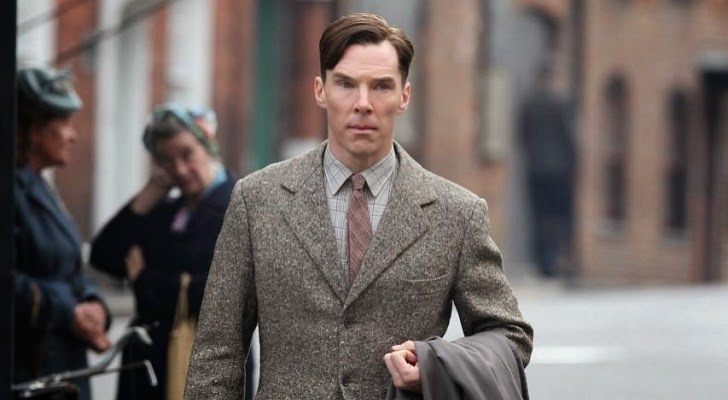 Spall is the no-brainer -- character actor, been in a number of beloved films, liked, always working, never-nominated. It's His Time. Which is also what gets Michael Keaton in for Birdman, a film that not only riffs on Keaton's own persona, but is also directed by an Oscar darling. I don't think, a year after 12 Years a Slave, the Academy will be able to ignore Selma, no matter how many people whine about going back to that well (and they will, make no mistake), so Oyelowo gets in. Cumberbatch and Carell I'm most iffy on. 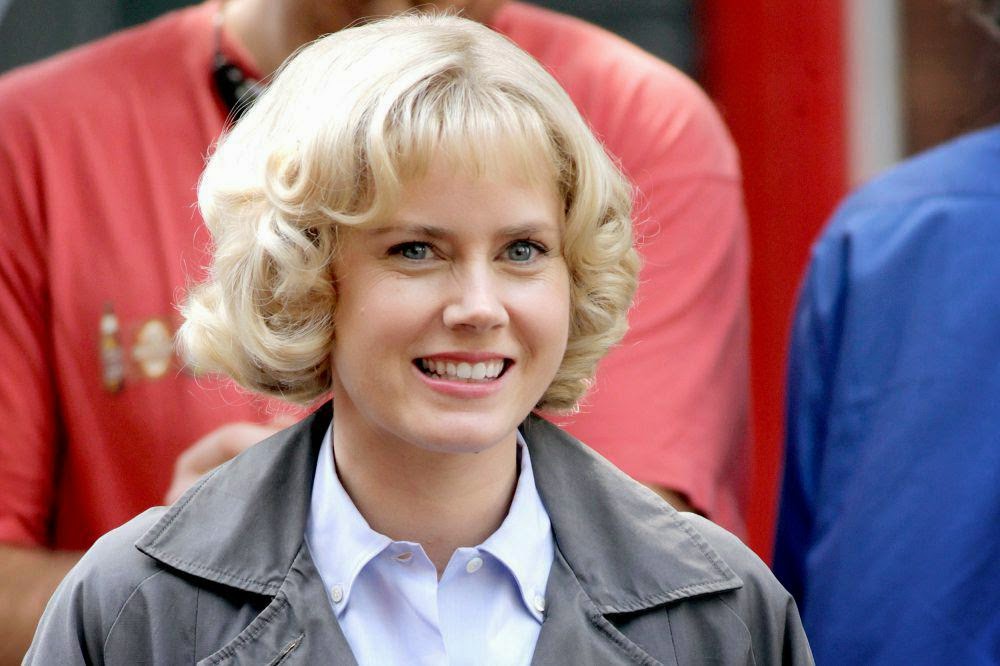 Cannes love doesn't always translate into Oscar love; nevertheless, let's see if Julianne Moore's aging actress can get in -- it worked for Gloria Swanson, Bette Davis, Annette Bening, etc. I know nothing about Gone Girl, but others who've read it refer to Rosamund Pike's character being the female lead. And dammit, isn't it time we honor Pike for something? One could say the same for Emily Blunt, and while I know that Meryl Streep's witch is the standout character, the synopsis makes it sound like the story revolves around the Baker and His Wife -- so let's take a chance. Mia Wasikowska's been terrific for a long time -- is the solo desert trek the one that gets her in? And, of course, Amy Adams, who even if she's left off the ballot, will make it to the Hollywood Reporter roundtable.

Last Year: 0/5
Hahahaha! In my defense, I predicted Julia Roberts, not expecting them to toss her into Supporting, especially since she's the center of the film. 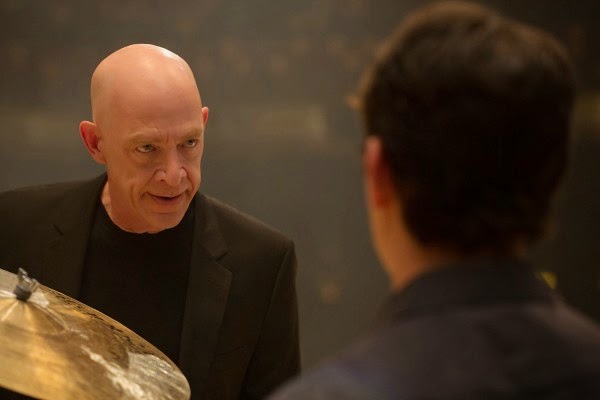 With the most recent Foxcatcher teaser focusing on Channing Tatum, it appears that he may be co-lead with Steve Carell. But come on -- when was the last time you saw that kind of honesty in a campaign? I believe Ruffalo can make it, that Waltz will be embraced once more, that Simmons can spin his Sundance buzz into a nomination, and that Schreiber has a Russian accent in a hooky role (the rival to American chess master Bobby Fischer). 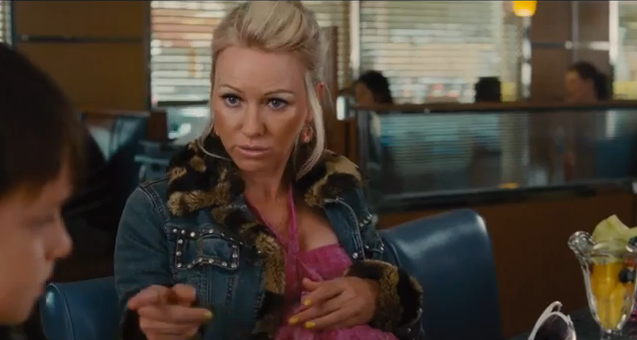 Atkinson caught some attention at Cannes, and Keira Knightley has been putting in great work for a decade now. The rest of the lineup I'm not as confident in. I know nothing of Suite Francaise, but I know Margot Robbie is wicked hot -- and following up the Long Island sexpot of The Wolf of Wall Street with this kind of period role is sure to get some attention. Naomi Watts looks to be sexy, funny, and Russian in the St. Vincent trailer -- do you think she and Liev practiced constantly at home? Witherspoon is also in Wild this year, which may be too similar to Tracks to get traction -- but perhaps a role in Paul Thomas Anderson's hippie noir will do the trick.

Last Year: 0/5
You know what? Never mind. Ignore this whole post. Though again -- category fraud is what did me in. This time, I anticipated fraud for Streep, but they put her in Lead instead.

Foxcatcher - E. Max Frye/Dan Futterman, based on an unpublished manuscript by Mark Schultz
Gone Girl - Gillian Flynn, based on her novel
Inherent Vice - Paul Thomas Anderson, based on the novel by Thomas Pynchon
Rosewater - Jon Stewart, from Then They Came for Me by Maziar Bahari/Aimee Molloy
Unbroken - Joel & Ethan Coen/Richard LaGravenese/William Nicholson, from the book by Laura Hillenbrand

Here endeth my month-long celebration of the films of 1953. Of the twelve categories we've seen so far, eight films have been honored: The Cruel Sea (Sound), The Importance of Being Earnest (Costume Design, Ensemble), Man on a Tightrope (Makeup), Mogambo (Actor), Pickup on South Street (Supporting Actress, Original Screenplay, Editing), The Robe (Score, Production Design), Titanic (Supporting Actor) and War of the Worlds (Visual Effects).

Now, we come to the Big Four -- Picture, Director, Actress, Adapted Screenplay -- plus Cinematography, and just to mess with ya, Original Song.


2. "Just Blew in from the Windy City" from Calamity Jane