A Year Ahead: 94th Oscars Predictions

The Oscar dust has settled, as far as I'm concerned. I only correctly guessed 14/22 of the winners, was a little disappointed by the Best Actress, pleasantly surprised by Best Actor, kicking myself for having changed my Cinematography prediction...water under the bridge now.
This means it's time to start thinking about next year's Oscars! Will next year's qualification period run from March 1, 2021-February 28, 2022, to keep with the weird timeline established out of panic? Or March 1, 2021-December 31 2021, a truncated version to get us back on track? Or will they go back to January 1, 2021-December 31, 2021, allowing January/February releases to qualify as long as they weren't nominated at the 93rd Oscars? Stranger things have happened, certainly.
Still, Oscar does have its favorites. When I predicted this past Oscar ceremony a year ago, I foresaw the nominations for Minari in Best Picture, Anthony Hopkins in Best Actor, and LaKeith Stanfield in Best Supporting Actor, among other nods. Meanwhile, I went 0/5 in both Best Actress and Best Adapted Screenplay, though the fact that six of the eight films I predicted across the two categories were pushed to late-2021/early-2022 absolves me of any guilt.
Let's see what happens, shall we? 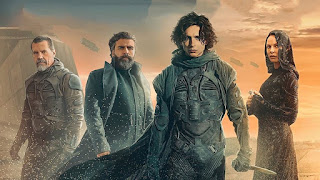 BEST PICTURE
Annette
Belfast
Canterbury Glass
Cyrano
Dear Evan Hansen
Dune
The Harder They Fall
In the Heights
King Richard
Red, White, and Water
I don't know, I'm taking a swing - four musicals nominated, one of them an original from an arthouse French director and Sparks? In addition to a Black western, a sci-fi epic, a tennis biopic, a 1930s period piece that may be a comedy, a drama about The Troubles, and Red, White and Water? Ah, who knows, probably, maybe. 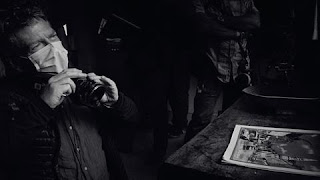 BEST DIRECTOR
Kenneth Branagh, Belfast
Leos Carax, Annette
Jon M. Chu, In the Heights
Lila Neugebauer, Red, White and Water
David O. Russell, Canterbury Glass
Baby, I'm telling you, either neither of them gets nominated at all, or the Oscar win goes to (only once nominated previously) Branagh or Chu. Maybe! All foreign arthouse favs get here eventually, maybe this is Carax's time to shine. Russell for that in-the-club prestige shine, Neugebauer just because, there you go. 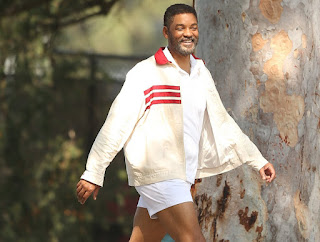 BEST ACTOR
Christian Bale, Canterbury Glass
Clifton Collins, Jr., Jockey
Peter Dinklage, Cyrano
Anthony Ramos, In the Heights
Will Smith, King Richard
Feels like people want to nominate Collins or Dinklage for something - why not both? Charismatic Ramos in the lead role of what's sure to be a popular musical. Smith as King Richard, father of Venus and Serena, seems like either pure commercial play or his winning role. Bale in 30s suits for the director who got him a win and a surprise follow-up nod. 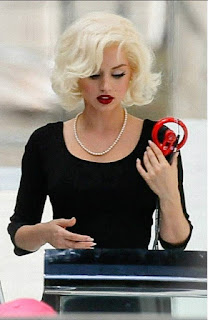 BEST ACTRESS
Caitriona Balfe, Belfast
Ana de Armas, Blonde
Jessica Chastain, The Eyes of Tammy Faye
Jennifer Hudson, Respect
Jennifer Lawrence, Red, White and Water
Belfast sounds like one of those coming-of-age stories, but set around the Troubles; the mom roles in these tend to be pretty good (Sarah Miles in Hope and Glory, Cicely Tyson in Sounder), so expect Balfe to make it in. Bombshell De Armas as bombshell not-quite-Marilyn seems too perfect, and they love a biopic - hence, too, why I predict nods for past nominee Chastain's Tammy Faye Bakker and past winner Hudson's Aretha Franklin. Winner Lawrence returns after some time away from the public. 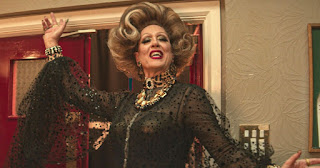 BEST SUPPORTING ACTOR
Willem Dafoe, The Card Counter
Richard E. Grant, Everybody's Talking About Jamie
Brian Tyree Henry, Red, White and Water
Delroy Lindo, The Harder They Fall
Mike Myers, Canterbury Glass
Lindo, never nominated, getting a nod a year after he should have won - that sounds right. Four-time nominee Dafoe, thisclose to a win, in a Paul Schrader film. Nominee Grant, the most pleasant man in showbiz, in drag in a musical. Henry, never nominated, probably will be one day, has multiple roles in some buzzy titles - just a matter of guesswork. Myers, never nominated, a comedian, in a 30s period piece for David O. Russell - hey, it could happen. 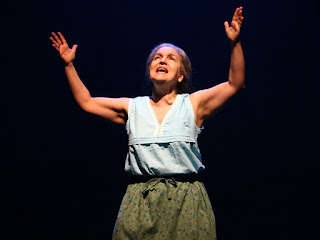 BEST SUPPORTING ACTRESS
Amy Adams, Dear Evan Hansen
Chanté Adams, A Journal for Jordan
Judi Dench, Belfast
Jayne Houdyshell, The Humans
Olga Merediz, In the Heights
Amy Adams and Glenn Close are the two "when's it gonna happen?" actresses; it's only right that they finally triumph in musicals, but Adams gets there first. Chanté Adams was terrific in The Photograph, a movie that didn't quite rise to her talents, and maybe a Denzel Washington flick will do her better. Houdyshell won a Tony for the same role; Merediz was nominated for a Tony for the same role. And Dench? She's been here before, but never for her work with frequent collaborator Branagh.

Lean and mean predictions for who's winning Oscars tomorrow night.
I believe this will be a true "spread the wealth" year, with each of the eight Best Picture nominees getting at least one Oscar. 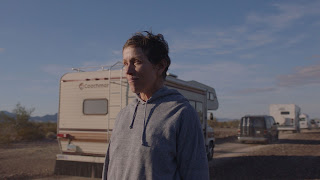 Email ThisBlogThis!Share to TwitterShare to FacebookShare to Pinterest
Labels: 2020, 2021, Judas and the Black Messiah, Mank, Minari, Nomadland, Oscars, Promising Young Woman, Sound of Metal, The Father, The Trial of the Chicago 7

OK, let's get back to blogging...
Later this month, Oscar predictions - both this year's winners and next year's nominees.

In May, we're looking at the films of 1972, featuring Best Picture nominees Cabaret, Deliverance, The Emigrants, The Godfather and Sounder.

In June, it's the films of 1985, featuring Best Picture nominees The Color Purple, Kiss of the Spider Woman, Out of Africa, Prizzi's Honor and Witness.

In July, it's the films of 2021 so far.
And that's what's to come...soon.
You May Also Enjoy:
ZergNet
Like us on Facebook

Posted by Walter L. Hollmann at 1:36 PM No comments: