We talked to my parents about their memories, my mother sounded off on Best Supporting Actress and Best Supporting Actor, many took an interest in Best Adapted Screenplay (thanks to Nathaniel of The Film Experience for linking, truly unexpected!), and of course, we talked Best Picture.

But those were Oscar's picks. What of my own? The full list of the 61 films eligible have been named already; now it's time to talk my personal favorites of 40 years ago.

These are the Retro Hollmann Awards of 1976. 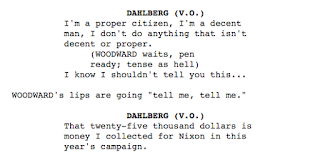 Of All the President's Men, I said already that "there's a lot of information...But every detail is clear, the suspense is genuine, and each character vividly realized." The Man Who Fell to Earth's gradual meting-out of information, its slide from possibilities to a squander of them, is haunting. Carrie is earnest and completely its own, so you can buy into its crazy. Buffalo Bill and the Indians is a typical Altman: wincingly funny. The Shootist may be cynical about progress, but it doesn't let its hero off scot-free - a complex heart-tugger.

17 more categories, plus the full top ten, after the jump...