Casting Coup Tuesday: And Then There Were None 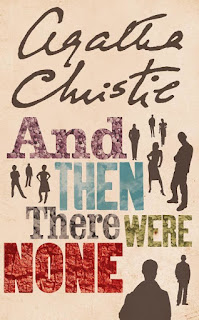 And Then There Were None is one of Agatha Christie's most famous works -- I reckon Murder on the Orient Express and Witness for the Prosecution are the only other ones as immediately recognizable. It has been the basis for two stage plays, a mini-series, multiple films, and infinite spoof episodes on television (even Family Guy did a season premiere called "And Then There Were Fewer").
The plot: ten strangers are invited to an island by a mysterious U.N. Owen. A recording is played during dinner, accusing each of them of various crimes. Then they start dropping off one by one, their deaths aligning with a nursery rhyme called...well that depends on the latest publication. Current editions have it as "Ten Little Soldier Boys" ... for years it was "Ten Little Indians" ... first editions have it as "Ten Little N---ers", and that was quickly amended.

There are three famous film versions, all of which take their queue from Agatha's own stage adaptation. The 1945 version features an all-star cast that includes Academy Award Winners Barry Fitzgerald and Walter Huston, and Academy Award Nominees Mischa Auer, Roland Young and Judith Anderson. It adheres closely to the original work -- they're all English, they're on an island. The next two films would not.

In 1965, things got groovy and international. The new ensemble of ten came from everywhere -- a Bond Girl, an American pop star, an Israeli beauty queen -- but still a majority English, all gathered in a castle atop the Swiss Alps. The same producers remade the picture, practically word-for-word, in 1974, moving to a hotel in Iraq! The ensemble comes from Italy, Germany (2), Austria, France (2), the United Kingdom (3), Argentina.

Last year, the BBC presented a three-part mini-series that brought things back to the art deco island. It, too, was a starry cast that included Toby Stephens and Charles Dance, and focused much more on the effects of war. But frankly, I've always liked the idea of an international who's who getting bumped off one by one. And so I've used that approach when casting my own Ten Little...People.