Yes, I've still got my Hollmann Awards, but: BUSY DAY AHEAD!

I'm behind on the blog because I got a new job, a writing gig, and we've been working double-time for the Oscars. Tonight, I am part of a LIVE broadcast at the W Hollywood Hotel in, yes, HOLLYWOOD. This is just down the street from the Dolby Theater where my beloved Meryl will be presenting an Oscar and will feature some party shenanigans, so it's all very exciting. If you like to supplement your Oscar experience with commentary, do take a peek at bitesizetv.com. We'll be going up along with the red carpet coverage....

Meanwhile. I have to make predictions, so here they are:

Django Unchained caught a lot of controversy since before its release. It's Quentin Tarantino giving the spaghetti western treatment to slavery in pre-Civil War America, sooooo yeah. Things were going to get testy. There's the constant use of THAT WORD, the near-silence of Django's apparently exceptional wife, the appearance of the white guys getting more to say and do than the supposed hero*. And there have been some good arguments made against the movie, but...well, obviously, I disagree. 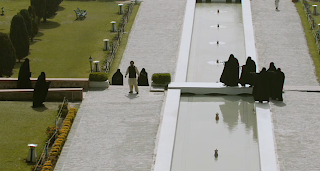 Let's get this out of the way. I am not someone who regularly judges a film's merits based on whether or not I can gel with it politically. I don't think Nixon was some sad-sack boogeyman, and I ain't sure about the second shooter question re: JFK, but you better believe I'm an Oliver Stone fan. Simply put, his movies are masterfully edited, audaciously shot, ambitiously written, and fucking entertaining. If a movie turns me off and I cite the stance it takes as a reason, it's probably more to do with a failure to comfortably integrate said point-of-view within the context of the narrative.

Which is all a long way of saying that I have no idea what Zero Dark Thirty's stance is on torture, and really, I find that it doesn't matter all that much. All I know is that I saw a thriller that had me engrossed from beginning to end, even through the slower, middle section.


Click Here to Read More »
Posted by Walter L. Hollmann at 12:28 AM No comments:

Top Ten: The Perks of Being a Wallflower


#6. The Perks of Being a Wallflower 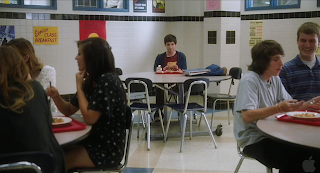 The surprise of the year for me was The Perks of Being a Wallflower. I didn't think much of the trailer, which had some good music looked like it was selling every high school movie I could think of ("we accept the love we think we deserve"? who says that?!). But I went to see it because my best friend recommended it and because I see everything. And I swear to you those tears started coming when titular wallflower Charlie got off that wall and joined in a dance to "Come On, Eileen". This movie got me, and we were only fifteen minutes in. Maybe less, I don't know.

I have never seen an episode of the original "21 Jump Street", but I knew I liked Channing Tatum and Jonah Hill enough to be excited for the film adaptation. The trailer promised an action comedy in which two young men who went to high school in the early 00s return as undercover cops, only to undergo a culture shock when it turns out smart, sensitive guys are in and overlord jocks are out.

Click Here to Read More »
Posted by Walter L. Hollmann at 9:53 AM No comments: 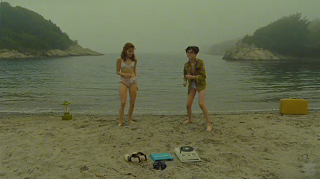 Moonrise Kingdom, like many of the films on this list, came with a lot on its shoulders. In this case, it wasn't festival hype or a franchise anniversary, but merely the fact that every new film by a respected auteur is met with baited breath, apologists and schadenfreude enthusiasts. Wes Anderson is especially prone to these, I feel, because his films come prepackaged with an upfront artifice that can come off as "twee", if not a way of holding real emotions and conflicts at arm's length. It's understandable to fear that the lost-in-time aesthetic utilized so beautifully in The Royal Tenenbaums would wear thin eventually.

And yet, Moonrise Kingdom may be the best film he's ever made. This time around, the retro designs and stylized miniatures add further depth to the story of a summer romance between an orphaned boy scout (Jared Gilman) and a lonely local girl (Kara Hayward). They're in that bizarre stage of pre-adolescence where they're having these feelings and puttering around with the physical aspect, yet still maintaining a degree of innocence and naivete that leads to fish-hook earrings and packing late library books as survival supplies. Anderson wisely guides the child actors into very serious performances, never overplaying the kid aspects, but treating them as mini-adults -- which, of course, all kids think they are. They are confident even when caught.


Click Here to Read More »
Posted by Walter L. Hollmann at 11:19 AM No comments:

dir: Sam Mendes
wr: John Logan/Neal Purvis/Robert Wade, from characters created by Ian Fleming
cin: Roger Deakins
I love James Bond. It's a love affair that's entering its 10th Anniversary, and for their part, EON gave me one of the best films of the year, 007-based or otherwise.


Click Here to Read More »
Posted by Walter L. Hollmann at 3:02 AM No comments:

Email ThisBlogThis!Share to TwitterShare to FacebookShare to Pinterest
Labels: Django Unchained, Hollmann Awards, Life of Pi, Lincoln, On the Road, Prometheus, reviews, Rise of the Guardians, Skyfall, Ted, The Perks of Being a Wallflower 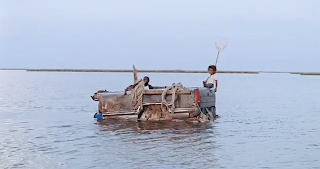 Following its tremendous bow at Sundance, Beasts of the Southern Wild came to theaters sometime in May or June, with a lot riding on its shoulders. Was this going to be the crowdpleaser promised by its Park City debut, or would lower altitudes reveal that it was all a load of hooey? Judging by arguments I get into on Facebook, it's both, which is more evidence that no one can ever be right or wrong when it comes to film (except for The Descendants), and each cinematic experience is a subjective, personal experience that we bring our own baggage to. 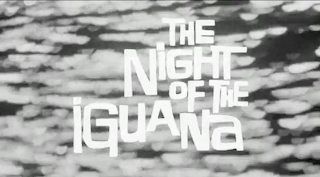 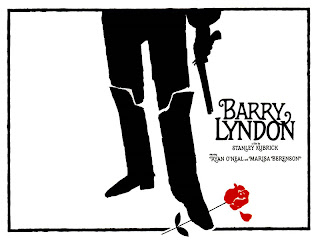 My last Retrospective was a direct result of Barry Lyndon. Last May, my place of employment -- the ArcLight Hollywood, home to the world-famous Cinerama Dome -- was snubbed for the releases of The Avengers and Dark Shadows. With this two-week drought, we brought out the big guns: classic films screening in our biggest theater: Doctor Zhivago (missed it), 2001: A Space Odyssey (missed it), Gone with the Wind, The Shining, a lot of others...and this. I caught Barry Lyndon with a friend after we screened Gone with the Wind, which was really quite risky considering one's three hours and the other four. But it mattered not: while I already was firmly in the Gone with the Wind, I found another great love in Barry Lyndon.

Ben-Hur. My oh my. It set a new standard for Hollywood Epics, breaking box office records and taking home the most Academy Awards won by any film. To this day, only two films have equaled this feat -- Titanic and The Lord of the Rings: The Return of the King -- yet none have surpassed it. It cemented Charlton Heston's legend and got Hugh Griffith, of all people, an Oscar. And thanks to contributing screenwriter Gore Vidal, it was able to present a "Tale of the Christ" that would appease the Bible-thumpers while winkingly suggesting some homoerotic play between the leads. That's a masterpiece, baby. 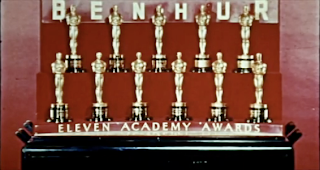 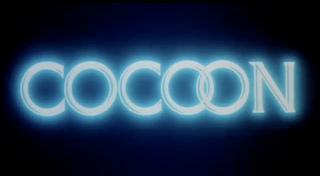 I first saw Cocoon in either third or fourth grade. The PBS station we had -- WPBT, Channel 2: Miami, Ft. Lauderdale and the Palm Beaches -- always aired a movie around 3:00 or, you know, whenever it was, and I usually just came home from school and turned on the TV, doing my homework as I continued my actual education: a cinematic one. Ha. 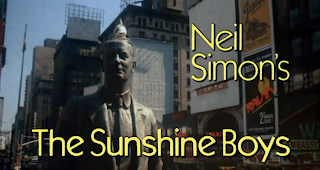 Neil Simon was having quite the 1975, wasn't he? First, there was Prisoner of Second Avenue, starring screen legend Jack Lemmon and shoulda-been-nominated Anne Bancroft. Then there was The Sunshine Boys, the adaptation of his hit play about former vaudeville partners reluctantly reunited for a TV special. Lemmon's usual partner in crime, Walter Matthau, took the lead -- Willy Clark, still stubbornly showing up for auditions even though he can't read the copy, remember his lines, or even find the damn studio.

Matthau was doing the usual Matthau thing, and it either works for you or it doesn't. It's an all right performance, but one gets the feeling that Matthau was going through a lazy period -- sleepwalking through The Front Page, hamming it up bizarrely in The Taking of Pelham One Two Three, and alternating between both modes here. Sure, he got the nomination, but the Academy has often overlooked fine performances in favor of a familiar face.

It's fine, though; everyone knows this isn't Matthau's show.


Click Here to Read More »
Posted by Walter L. Hollmann at 12:03 AM No comments: 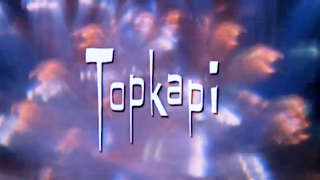 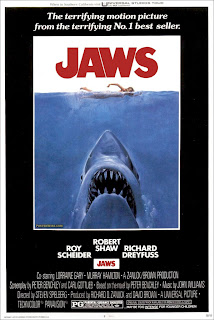 I know, I know. How does one begin a post about Jaws by lamenting anything about its director, who has three Academy Awards in addition to twelve nominations, is a multi-millionaire (billionaire?), and is one of the most revered and beloved names in Hollywood?