The 2018 Hollmann Awards: Part One

The first group of awards for the 2018 Hollmann Awards! 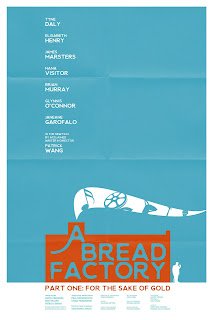 As funny in Part One's depiction of Janeane Garofalo's visiting director as it is poignant in Part Two's "love-long-lost" monologue delivered by Brian Murray, brilliant in its combination of the two in Part One's climactic council hearings and Part Two's final conversation between Tyne Daly and Elisabeth Henry. Wang has created a fully-realized community populated by a large ensemble of very specific characters - it feels real.

In second, First Reformed's balance of anguish and dark comedy. In third, Tully's
In fourth, Shoplifters' humor in the face of poverty. In fifth, The Spy Gone North's political machinations and genuine love of country.

Eight more, including my picks for Best Score, Best Costume Design, and Best Actress, after the jump...

The nominations for the 91st Annual Academy Awards are tomorrow SO let's predict 'em.

A terrific year for films, 2018 was. Not since 2011 have I had such a spread: 35 films in 18 categories! And it was tough to narrow down - all the way up to midnight last night, I still had six to eight finalists in several categories...

But here they are! The nominees for the 13th Annual Hollmann Awards: 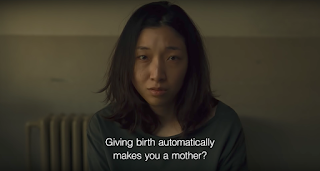 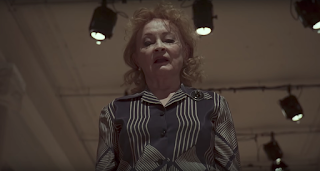 Sissy Spacek as Jewel
The Old Man & the Gun 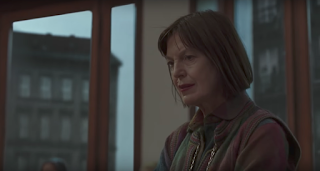 The remaining 17 categories after the jump....

Click Here to Read More »
Posted by Walter L. Hollmann at 8:09 AM No comments:

With apologies to All is True, Bad Times at the El Royale, Black Panther, Can You Ever Forgive Me?, Crazy Rich Asians, The Favourite, Good Manners, The Hate U Give, Hereditary, Leave No Trace, Mamma Mia! Here We Go Again, Mary Poppins Returns, The Old Man & the Gun, The Other Side of the Wind, Paddington 2, Shirkers, Shoplifters, A Simple Favor, Swing Kids, and Zama, may I present....

I saw 114 domestic releases this past year. The complete list below, with links (when appropriate) to capsules and tweets about the flicks.


Along with the Gods: The Last 49 Days
Annihilation
Ant-Man and the Wasp
Apostle
Are We Not Cats?
At Eternity's Gate
Bad Times at the El Royale
The Ballad of Buster Scruggs
Be With You
Believer
Black Panther
BlacKkKlansman
Bohemian Rhapsody
Book Club
Boy Erased
A Bread Factory
Burning
Can You Ever Forgive Me?
Champion
Chappaquiddick
Christopher Robin
Cold War
Colette
Crazy Rich Asians
The Death of Stalin
Destroyer
Disobedience
Eighth Grade
Every Day
Fantastic Beasts: The Crimes of Grindelwald
The Favourite
Fifty Shades Freed
Finding Your Feet
First Man
First Reformed
A Futile and Stupid Gesture
Golden Slumber
Gonjiam: Haunted Asylum
Good Manners
The Great Battle
Green Book
Halloween
The Hate U Give
Hereditary
I Feel Pretty
If Beale Street Could Talk
Incredibles 2
Isle of Dogs
Jurassic World: Fallen Kingdom
Lean on Pete
Leave No Trace
Let the Corpses Tan
Little Forest
Love, Simon
Madeline's Madeline
Mamma Mia! Here We Go Again
Mandy
Mary Poppins Returns
Mary, Queen of Scots
The Miseducation of Cameron Post
Mission: Impossible - Fallout
The Mule
The Nun
The Nutcracker and the Four Realms
The Old Man & the Gun
On the Basis of Sex
The Other Side of the Wind
Paddington 2
Peppermint
The Princess and the Matchmaker
Puzzle
A Quiet Place
Ralph Breaks the Internet
Rampant
Ready Player One
Red Sparrow
Roma
Searching
Set It Up
Seven Years of Night
Sherlock Gnomes
Shirkers
Shoplifters
Sicario: Day of the Soldado
A Simple Favor
Solo: A Star Wars Story
Sorry to Bother You
Spider-Man: Into the Spider-Verse
The Spy Gone North
A Star is Born
Studio 54
Summer 1993
Support the Girls
Suspiria
Sweet Country
Swing Kids
Tag
Teen Titans Go! To the Movies
They'll Love Me When I'm Dead
Tomb Raider
Truth Or Dare
Tully
Unsane
Venom
Vice
What a Man Wants
White Boy Rick
Widows
The Wife
A Wrinkle in Time
You Were Never Really Here
The Young Karl Marx
Zama

Now to do the work of narrowing these kids down to a Top Ten...

Email ThisBlogThis!Share to TwitterShare to FacebookShare to Pinterest
Labels: 2018, reviews

Some New Year's resolutions for the blog:

1. More Korean cinema. I live near a Korean movie theater and have been going pretty regularly since seeing The Admiral: Roaring Currents in 2014. But my screenings have become inconsistent, my records of them haphazard. And there's so much from the past that I have not seen, notable works like The Housemaid and Miracle in Cell No. 7 and Oldboy, the oeuvre of filmmakers like Hong Sang-Soo and Shin Sang-Ok, etc. It's time to take it seriously.

2. Year-long 1989 retrospective. I turn 30 this year, and I want to look at what Hollywood was churning out while I entered this world. So, in addition to my scattershot retrospectives, I intend to celebrate the 30th anniversary of a film's release every week, from now through December.

3. The return of Casting Coup Tuesdays. I don't think I've done them since the Agatha Christies in 2017, and I've a few percolating. Stay tuned.