It's July 1st, and you know what that means (or maybe you don't; either way, keep reading!): a First-Half Review!

Last year, I managed to catch 40 films,  and devote two posts to all of them. This year, I caught 40 again, but I ain't about all that work. Instead, here are my six least favorite experiences, two guilty pleasures, five enjoyable confections, and eight I really loved. But first...


The Fence
I have no idea yet where these two will fall, as I just saw them this weekend, but I really enjoyed both The Bling Ring and The Heat, although there were one or two caveats with each. Still, I'd probably see them again. Katie Chang!

Now for the rest. Many of these were reviewed on Cinemaniacs, my show on BiteSize TV with Ben Mekler, so I've linked those title, for further persual. Onward.


The Worst
I already discussed my disgust with Much Ado About Nothing. Hansel & Gretel: Witch Hunters I didn't even despise, but good Lord, movie, at least let me feel something! The studio fare that I would beware are Oz The Great and Powerful, Star Trek Into Darkness, and Identity Thief, which was just reprehensible in every way possible. The Place Beyond the Pines fell apart with its contrived third act, which the whole film hinges on.

But the granddaddy of 'em all would have to be At Any Price, surely the worst film I have ever seen. Ever. And just when I thought no one could take the mantle from Miami Vice. I'm going to give Goodbye, Solo a shot, but right now Ramin Bahrani is, in my eyes, a cinematic heretic. 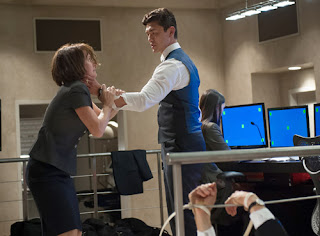 Guilty Pleasures
Olympus Has Fallen is not a good movie. It's a cheap, cheesy, exploitative disaster...that is a hoot to watch. The After Effects smoke and fire are embarrassing, the cheap-ass White House set is laughable, and Melissa Leo runs rabid as the greatest Secretary of State ever seen on film.

Then there's The Big Wedding, which no one should like, but that's why we have guilty pleasures. Besides, the scenes with De Niro and Heigl really sing, and Christine Ebersole purring, "They're both equally delicious," is a 2013 must-see.


Quite Liked
These are the films that are a cut above the rest, but are just shy of making it to my must-buy, forever-embrace list. They include the wacky charms of The English Teacher; the intriguing if messy documentary The Source Family; the sometimes overly-quirky yet often perfectly-heartfelt The Kings of Summer; and the deliriously lovely Stoker. All are worth seeing.


The Sublime
Now come the favorites, the eight films that warmed my heart, gave me chills, struck an unexpected chord. You know: the good stuff. In alphabetical order: 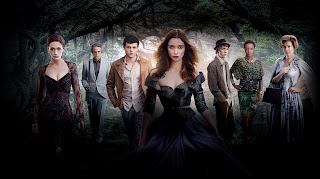 Beautiful Creatures surprised me with its wit and sincerity, but if you had told me beforehand that Alden Ehrenreich would steal the show, I would have pshaw'd right at you. But yes, in a film featuring Jeremy Irons, Viola Davis, Emmy Rossum, the sublime Emma Thompson and Margo Martindale, it was Ehrenreich who proved to be the film's heart. 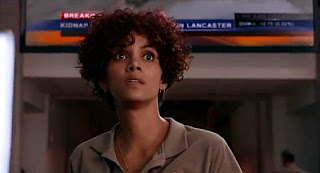 The Call. I can't even. This is good, old-fashioned B-movie fun. The villain is so creepy you get clammy just thinking about him, with the kind of fetishes you'd expect from the best of  underground grindhouse cinema. Even the weakness of the ending could not detract from the genuine thrills and chills of the rest of the film. Abigail Breslin and Halle Berry make a great team. 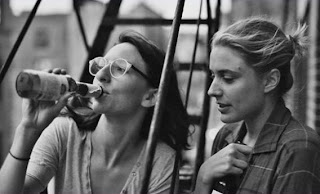 I'm sure most of my contemporaries saw themselves in Frances Ha. Greta Gerwig's completely open performance as a 20-something disaster was like a mirror. Not completely, mind you, but the uncertainty of the future, need to run to an ATM during dinner, and feeling of not having your shit together as much as your best friend? I totally get where Frances is.


After ranking in the Top Two of my Most Anticipated two years in a row, The Great Gatsby was bound to disappoint. Take your hat off to Baz Luhrmann: it didn't, not completely anyway, and surprised in many ways. Of course I expected gorgeous design elements (hey, Catherine Martin, I see you!), cinematography, and actors (hey, Elizabeth Debicki, do more movies!). But among the surprises were Tobey Maguire's performance, the Gatsby intro, expert use of the green light, and Lana del Rey's haunting* "Young & Beautiful". 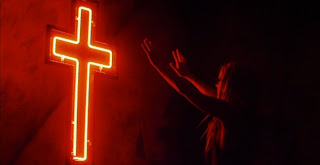 I was probably half in the tank for Lords of Salem before I saw it. It's not that I'm a Rob Zombie fan -- I've actually only seen Devil's Rejects and Halloween, neither of which I'm too keen on. But My favorite genre of film is Satanic Cult/Coven Horror Flick, and on that level Lords did not disappoint. Actually, I was surprised by how much was going on, as I think the film is a perfect reflection for how a society so keen on irony and cynicism is, actually, the most susceptible to evil. Add to that the luscious cinematography, nightmare imagery, and under-your-skin pants-pissing sound design. 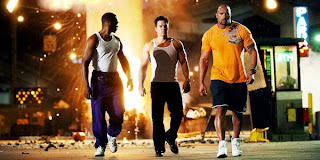 Pain and Gain was all set to be my guilty pleasure movie. And I got a masterpiece. Yeah, that's right: a masterpiece. It's a perfect match of director and material, with Michael Bay, the godfather of American excess, taking on the illusion and perversion of the American Dream, mocking his own target audience intelligently and deceptively. 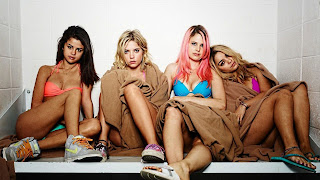 Spring Breakers? I saw that shit twice. Franco-wise, it was a perfect palette cleanser after Oz the Great and Powerful; I don't know that he's ever been better. Actually, the ensemble as a whole was stellar, with Vanessa Hudgens surprising me most with her slurred, sexy, giggly sociopath; is she stoned, or just crazy? I don't know, but she was always up to something, even in the background. 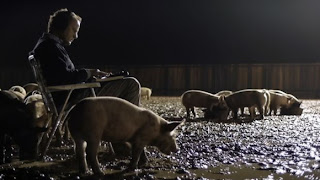 I don't know what to say about Upstream Color. It's not just that it's a little difficult to summarize, but the experience is best appreciated if you go in blank. This probably isn't the best way to sell it, but the first words that come to mind are "haunting" and "sad" (take the kids! it's a hoot!). Give it a shot, please -- Anna, Virginia, Sarah, I'm talking to you. It's kind of a miracle.

*I know, I know; I use this word often, but the best movies tend to haunt, don't you think?