With apologies to All is True, Bad Times at the El Royale, Black Panther, Can You Ever Forgive Me?, Crazy Rich Asians, The Favourite, Good Manners, The Hate U Give, Hereditary, Leave No Trace, Mamma Mia! Here We Go Again, Mary Poppins Returns, The Old Man & the Gun, The Other Side of the Wind, Paddington 2, Shirkers, Shoplifters, A Simple Favor, Swing Kids, and Zama, may I present.... 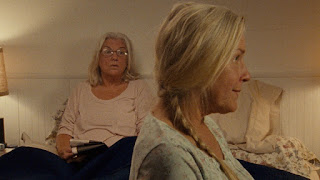 You can see it as one film, you can see it as two (Part One: For the Sake of Gold and Part Two: Walk with Me a While), but either way, there is nothing out there like A Bread Factory. The titular structure was once, indeed, a bread factory, but now serves as a community arts center - but the community is gentrifying, the arts are getting commercialized, the center is shifting. Some fight it, some embrace it, others straight up leave. A beautiful, hilarious genre-hopper. I cannot do justice to all it contains, but if you get a chance to see it (check out abreadfactory.com for details), you must. You must! 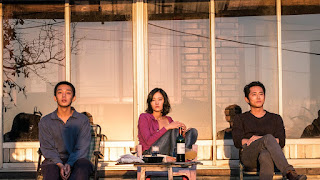 Rarely do I find a mirror image in cinema like Yoo Ah-In's Jong-Su, a man who describes himself as a writer but goes about doing anything - running, sleuthing, screwing, day jobs - rather than actually sit down and write. That's one smirk-worthy detail in Lee Chang-Dong's slow-burn about class and apathy in modern South Korea (even the propaganda blaring across the border is just white noise). Like Poetry before it, Lee has made a film that is both beautiful and disturbing...and requires a bit of a sit afterward. 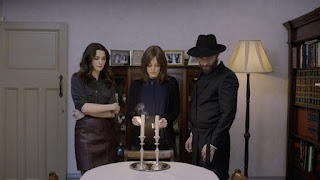 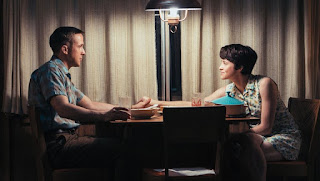 The epic story of the Apollo missions and the moon landing becomes an intimate domestic drama of a stoic man consumed by grief. Space is the literal high, the escape from the depressing reality of home. Even the final shot, to me, reads more as the tragic truth of the Armstrong marriage than a tender scene of reconciliation - there will always be that glass, that barrier between them. Few films this year had such a handle on why the intimate is the epic. 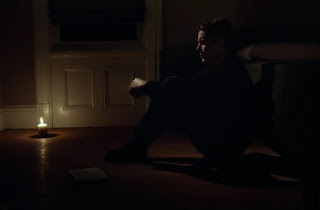 It has been a long fucking year, with scattered priorities and a permanent sense of helplessness. Enter First Reformed, where a minister in the grips of a crisis of faith begins to consider another, more radical belief system, one that's a tad more - hm, how to put this? - destructive. But effective! Ethan Hawke's committed performance is perfect for Paul Schrader's pitch-black sense of humor and thoughtful reflection on faith and impotence.

Light entertainment? Perhaps, but so much feeling in every scene. Yet there's no bombastic score, no climactic clinch - everything is gradual. Our heroine's story does not merely take place within the film, but before and after as well - what we see is but a moment in a life. Effectively conveys how each sense can stir a separate memory. Romantic and realistic. 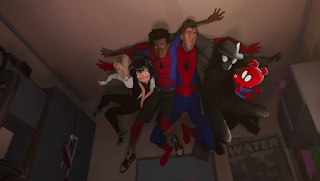 Every element just works - I don't remember the last time a film's climax gave me such goosebumps, so perfect in its culmination of the narrative, emotions, action. A trip visually and sonically. And oh! how I cried! 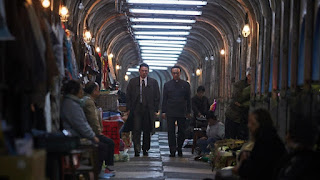 A thriller that's all talk; a drama that becomes a buddy film; a critique of government with patriotic heroes. Balancing hope and cynicism, positing that the relationship between the North and South Korean governments is, or at least was, far more symbiotic than they allow the people to realize. Caught in the middle are a South Korean spy and his North Korean contact, men loyal to their countries, men who believe in the values they are hired to protect. 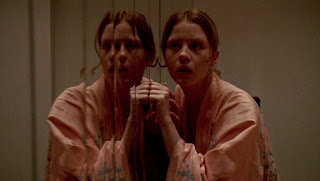 What's it all about, huh? The witchcraft, the dancing, the Baader-Meinhof shit, the Holocaust guilt, the coven power struggle - taken altogether, what does it all mean? A changing world? A cycle of evil? A series of historical tragedies heralding the return of the Mother of Sighs? I'm still figuring it out. Maybe it's not that deep. I just know the chills I got watching it, the thrill I felt at its conclusion, the nausea I kept down during the more harrowing sequences. 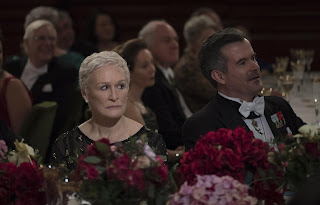 Much of the conversation about this movie is focused on Glenn Close's incredible performance, deservedly so: the pas de deux between her and Jonathan Pryce nails the comfortable quiet of decades of marriage, wherein an entire conversation can be held in a look. But she's not working alone: screenplay, direction, score all work together to create a portrait of an unusual marriage whose power structures are more complex than they seem.

And there it is, the unranked Top Ten. The cream that rose to the top? You'll have to wait for Monday's Hollmann Awards Nominations...