At midnight, 2009 is officially over. Six documentaries, several sets, a film festival, 72 new films, three Supporting Actress Sundays, 189 posts. And, of course, we must make do with these traditional year-end lists.

Of the seventy-two 2009 releases I had the pleasure (and sometimes displeasure) of seeing, I have managed to actually find 26 titles that, if I used a grading scale, would deserve a B- or more. Some of my peers believe this has to do with me being, for lack of a better term, "an easy lay". I say, if you can't find that many films in a given year to be excited about, don't rain on my parade. Fuckhead.

But why discuss something so sad? Presenting, mes amis, items 25 - 11 of my Top Ten. Some of these may be at variance with the Top Ten on the sidebar, but I always said it was subject to change. You never know how you'll feel when the time comes.

25. HANNAH MONTANA: THE MOVIE and WHIP IT! 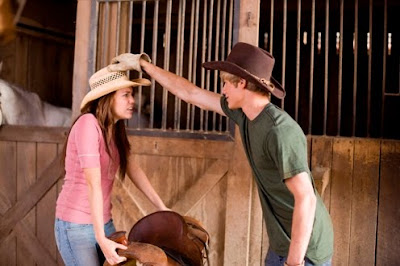 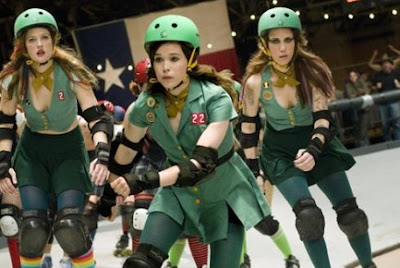 This was, interestingly enough, a tough call. Both are female-driven films with a teenage protagonist. Both are surprisingly affecting. While Hannah Montana is the fourth feature from Peter Chelsom, Whip It! is the directorial debut of the lovely Drew Barrymore. Both manage to get career-best work from their leads. Great soundtracks, too. 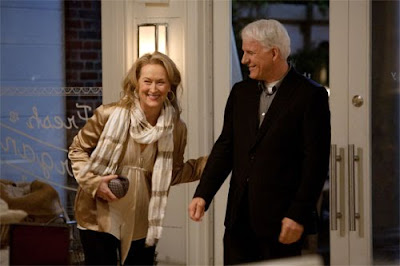 Utterly charming. I'm so sorry I haven't reviewed it yet, but consider this to be it: despite a rocky start and repetitive dialogue, the movie is a delight to be with. Meryl Streep and Steve Martin are adorable; John Krasinski and Alec Baldwin are funny, too. The costumes by Sonia Grande are beautiful. Fun and laugh-out-loud hilarious. 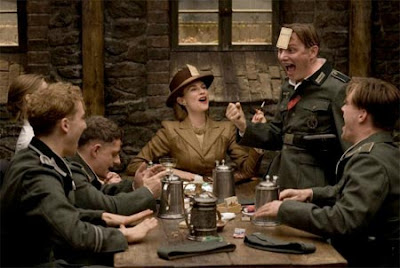 An epic-sized rewriting of history. The ensemble here is a game one, diving fearlessly into Tarantino's pulp dialogue. Christoph Waltz will probably win an Oscar for his surprisingly charming portrayal of The Jew Hunter. Diane Kruger, thank God, managed to get a deserved SAG Nomination. And that finale is a knock-out.

22. PRECIOUS: BASED ON THE NOVEL 'PUSH' BY SAPPHIRE 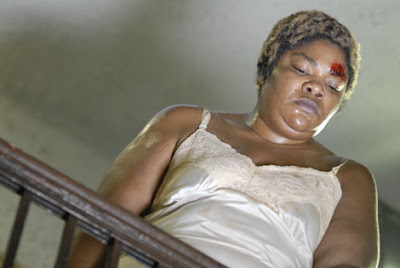 Despite Lee Daniels' best efforts to make it all about him, I can't get Gabourey Sidibe's lead performance out of my head. The movie, bittersweet ending and all, is hopeful. And despite the depressing surroundings, it manages to be a funny one, too. I'm glad the rest of the world caught up with me in their adoration of Mo'Nique. I knew she had it in her. 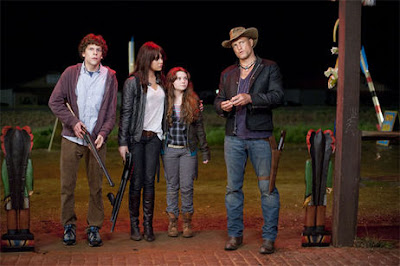 It's a zombie flick, a road movie, and a family film all in one. I haven't seen The Messenger, but I do wish Woody Harrelson was getting Oscar buzz for this movie. His Tallahassee is a memorable one. Despite how meta it is, the cameo is hilarious. Just when you thought nothing could match Shaun of the Dead... 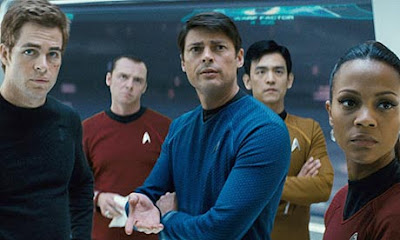 A talented (and very attractive) cast. A ludicrously awesome story. A rousing score. And flares, flares, flares. It's pure popcorn, and it revels in it. Have I ever waited for a non-Batman sequel this eagerly? 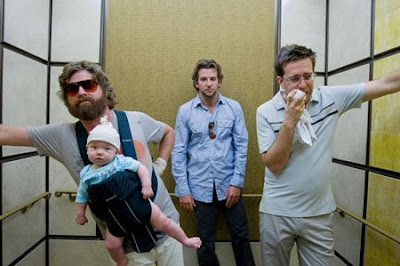 I don't think I have ever laughed as heartily in a movie theater. Ever.

18. WATCHMEN
(Number Four on 25 Most Anticipated) 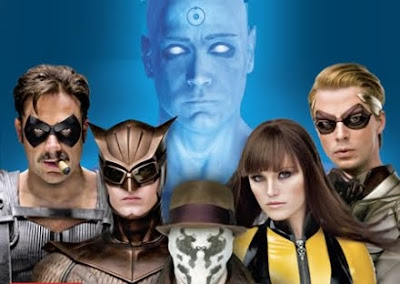 Zack Snyder was courageous in his vision, almost slavishly faithful to the source, yet willing to "mend" some elements here and there. Even if it's mostly a collection of montages, at least they are beautiful ones: the opening credits, the origin of Dr. Manhattan, the sex scene. Jeffrey Dean Morgan and Jackie Earle Haley are so cool.

17. THE INFORMANT!
(Number Seventeen on 25 Most Anticipated) 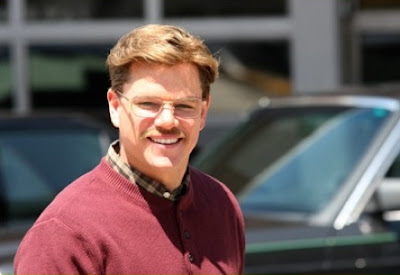 Matt Damon is excellent. Steven Soderbergh's choices are odd and genius. A true-life thriller becomes a wacky comedy, a 90s setting is given a 70s vibe. Add Marvin Hamlisch's score and you've got a funny yet thoughtful look at one of the strangest cases of corporate greed to make it to press. Also, Scott Effing Bakula. 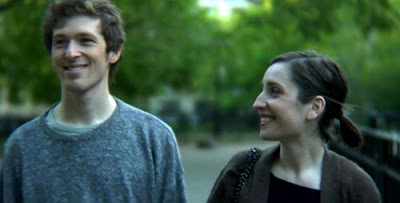 Though only released in New York City, I got to see this at the Tallahassee Film Festival. A couple, played by co-writer Zoe Lister-Jones and co-writer/director Daryl Wein, strategize their own break-up, based on the real-life relationship between the filmmakers. Andrea Martin and Julie White play their mothers; some of the best supporting actressing this year. 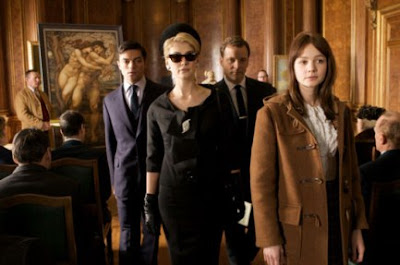 A career-making performance from Carey Mulligan centers a solid, relatable film. Great performances from the whole cast, though Rosamund Pike and Cara Seymour are true stand-outs. Lovely costumes, too. Mulligan could be the new Hepburn.

14. WHERE THE WILD THINGS ARE
(Number Four on 25 Most Anticipated) 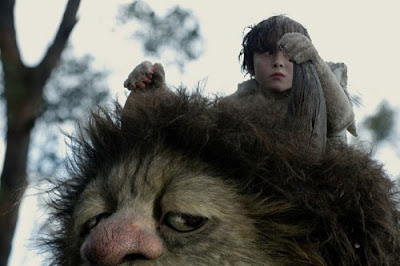 The more I think on this, the more I love it. I love watching a movie and seeing myself in it. Anyone who remembers their childhood is sure to relate to this movie. It's magical in its ability to bring to life those feelings of freedom and insecurity. Great voicework by James Gandolfini, Chris Cooper and Catherine O'Hara. 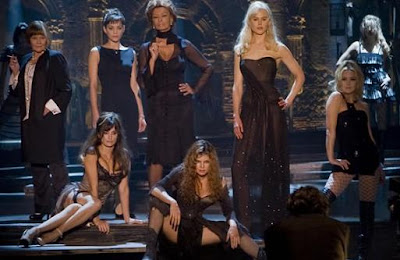 Such a flawed movie. Yet I am in love with it. So. Much. Oh, Sophia Loren, please say you're back for good. 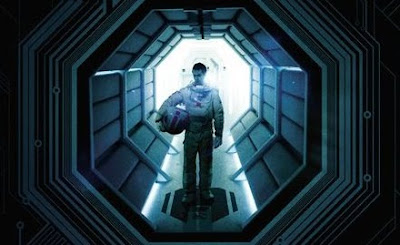 Sam Rockwell carried an entire film by himself. Not only did he play multiple roles...he played multiple aspects of one man. And brilliantly at that. Clint Mansell's simple score is haunting. It's unbelievable what Duncan Jones does with his budget. Dig it. 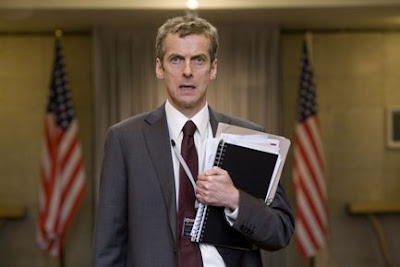 I don't think I have ever as heartily in the comfort of my own home. Ever. Fuckity-bye-bye, then.

Check out the Top Ten later on. And remember, I've still a long way to go before I see all the 2009 releases: New York, I Love You, Sherlock Holmes, Notorious, Duplicity, Monsters vs. Aliens, My Bloody Valentine, A Single Man, etc.
Posted by Walter L. Hollmann at 10:40 PM

Email ThisBlogThis!Share to TwitterShare to FacebookShare to Pinterest
Labels: An Education, In the Loop, Inglourious Basterds, It's Complicated, Moon, Nine, Precious, Star Trek, The Hangover, The Informant, Watchmen, Where the Wild Things Are, Zombieland

"Despite Lee Daniels' best efforts to make it all about him, I can't get Gabourey Sidibe's lead performance out of my head." - couldn't have said it better.