I have read Their Eyes Were Watching God three times now. Once in high school, where I absolutely adored it. A second time my freshman year of college, where I was bored by having to read it again. Then a third time last month, as a senior, where I realized that I still loved the book, but in a completely new way!
It is a pillar of African-American literature. Written by Zora Neale Hurston during the Harlem Renaissance, it disappeared for years until Alice Walker wrote about a pilgrimage to find Hurston's unmarked grave. She said, "There is no book more important to me than this one," and so 70s-era college students were found photocopying the sole copies at their libraries for everyone to read. It has since become known as a classic piece of American, African-American, Feminist, and African-American Feminist literature. It has never been out of print since its rediscovery by Walker, and there was even a TV Movie version made in 2005 with Halle Berry in the lead.
The novel begins with Janie Crawford's return to Eatonville, an all-black town in central Florida. Janie is a beautiful woman, even now at forty, light-skinned, God-given breasts, and long, straight hair that swings below her waist. The younger man she left with is dead, and the women of the town are all set on lashing their wicked tongues against her. Only Pheoby Watson, Janie's best friend, is willing to sit down and listen to the whole story, and Janie really tells it all. From her teen years with her strict grandmother all the way to the hurricane that caught her and her husband in the middle of the Everglades with a rabid dog, Janie's story is a journey of self-discovery set against the backdrop of the black community and Florida swamp.
Being a Floridian myself who lives near the Everglades, I always felt a strong connection with this novel: I knew the places, the people, the way of life she spoke of. It's in my blood. It wasn't until recently that I finally understood what Janie understood, the realization that to know one's self is to know nature, the Earth, to be a part of its glorious design. It's all there: her suffocation in the suburbs contrasted with her freedom in the muck; the bees and flowers sharing the perfect marriage; the routine of covering one's head and the joy of letting it loose. While it is nowhere near the most important novel in my life, I totally dig where Walker's coming from.
Because of this affection, I have avoided the Halle Berry movie, mostly because it got there first. I always wanted to make my own version, but I knew I wasn't ready. Now I get it. Now I'm ready.
NUNKIE
Who is She: A girl who picks beans in the muck. She's young, energetic, and always paws at Tea Cake. The only time Janie experiences jealousy of another person.
My Choice: 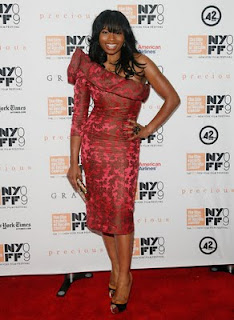 Chyna Layne (Cadillac Records, Precious: Based on the Novel 'Push' by Sapphire)
She's younger than my Janie, and darker, too -- two things Janie is very conscious of. Layne is a natural actress, as was everyone in Precious; it would be a shame not to see more of her.
DR. SIMMONS
Who is He: A white doctor in the Everglades who knows everyone and tries to help the Woodses when Tea Cake is bitten by a rabid dog. He also testifies on Janie's behalf at the trial.
My Choice: 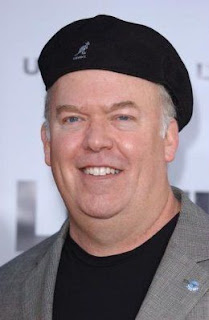 Wayne Duvall (Leatherheads, Duplicity)
Dependable character actor who's got that Southern charm down to a science. No surprise, that, but he looks like the stereotypical professional, doesn't he? Doctor, lawyer, mayor, etc.
HEZEKIAH POTTS
Who is He: Delivery boy and assistant shopkeeper of the Eatonville General Store run by Starks. He starts to mimic Jody later on, and even tries to keep a watchful eye on Janie when Tea cake comes to town.
My Choice: Indie Spirit Winner for Best Ensemble (I'm Not There.) 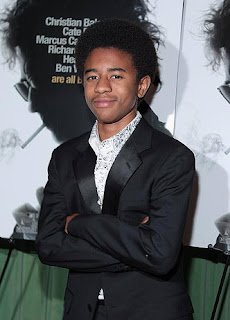 Marcus Carl Franklin (TV's Lackawanna Blues, Be Kind Rewind)
It's been a few years since that picture was taken -- three, in fact. Putting him at around sixteen/seventeen years old, the age of Hezekiah. We were all impressed with his work in I'm Not There and, like Layne, it would be a shame to see him disappear after such a strong debut.
MOTOR BOAT
Who is He: A friend of Tea Cake's from the muck, he escapes with the Woodses during the hurricane. He eventually opts to wait it out in the upstairs of an abandoned house, the height of foolishness...but he gets away, safe and sound!
My Choice: 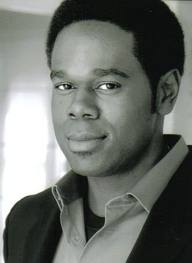 Earl Poitier (Remember the Titans, Drumline)
He'd be able to use his talents for the comedic and the dramatic...and he plays weary really well. Of course, I'm going by his performance in a football movie, but hey, acting's acting.
SAM WATSON
Who is He: Pheoby's husband. He enjoys sitting outside the general store, cracking jokes and "playing the dozens". Don't think he's just a joking layabout, though: he's fully aware of, and grateful for, Jody leading the improvements made in Eatonville.
My Choice: 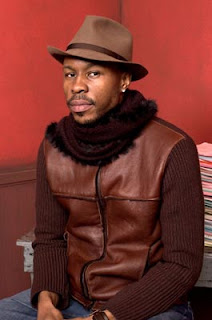 Wood Harris (Remember the Titans, Not Easily Broken)
I just like him, is all. He'd be Tea Cake if he wasn't 40.
MRS. TURNER
Who is She: She and her husband run a diner in the Everglades. She prides herself on her light skin and straight hair, and so she takes a shine to Janie because of her "whiter" features. She hates dark-skinned blacks like Tea Cake, thinking that they are holding the race back; she hopes to set Janie up with her brother.
My Choice: 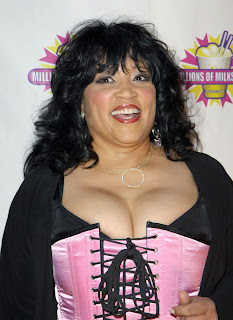 Jackee Harry ("227", "Sister, Sister")
It's not just that she's light-skinned, a crucial part of the role. Mrs. Turner is a broad, fast-talking, comic role, and didn't Jackee build her career on that? She can do funny, she can do snotty, she can do Mrs. Turner. I love Jackee.
NANNY CRAWFORD
Who is She: Janie's grandmother, a former slave who wants only the best things for Janie. Unfortunately, her views -- financial security through a rich husband -- clash with Janie's want for independence. Nanny means well, but she does not understand Janie, and sets the girl back for twenty years.
My Choice: Academy Award/Golden Globe Nominee for Best Actress [in a Drama] (Sounder), BAFTA Award Nominee for Best Actress (The Autobiography of Miss Jane Pittman) 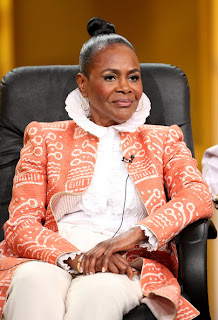 Cicely Tyson (The Concord...Airport '79, Madea's Family Reunion)
So, it was between her and Ruby Dee, because I adore these women. And then I saw Cicely's monologue in Madea's Family Reunion and thought, "DAMN!" Also, Ruby already did this in the TV movie, so Cicely it had to be.
PHOEBY WATSON
Who is She: Janie's best friend in Eatonville. When everyone else is content to gossip behind Janie's back, Phoeby alone is willing to actually sit down and listen to the whole story.
My Choice: 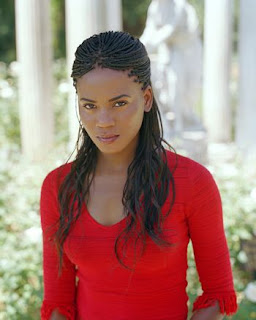 Tangi Miller (Leprechaun: Back 2 Tha Hood, Madea's Family Reunion)
My favorite part of Madea's Family Reunion (other than Cicely's aforementioned monologue). She's a good listener, really, and you can't say that about every actor. The good ones know how to listen.
LOGAN KILLICKS
Who is He: Janie's first husband, a well-off older man who tries to get Janie to do farm work. She leaves him.
My Choice: 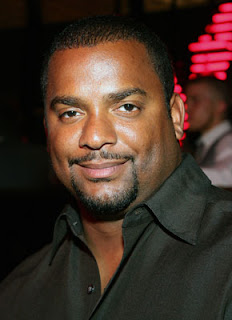 Alfonso Ribeiro ("Silver Spoons", "The Fresh Prince of Bel-Air")
We typecast because we know they can do it. In this case, Ribeiro can play clueless frustration, because he did so as Carlton Banks and as Dr. Maxwell Stanton on "In the House".
JODY STARKS
Who is He: Janie's second husband, he arrives in the all-black town of Eatonville with his new bride and whips the place into shape. He becomes mayor, postmaster, landlord, and owner/operator of the general store. For him, Janie is better seen and not heard. He condescends towards the others in town and has picked up mannerisms from the well-off whites he knew in Georgia: a mansion built like a plantation house, gold spitoons, a desk like his former boss-man's, cigars, etc. He dies eventually, leaving Janie to tend to the store.
My Choice: SAG Award Nominee for Best Ensemble (American Gangster) 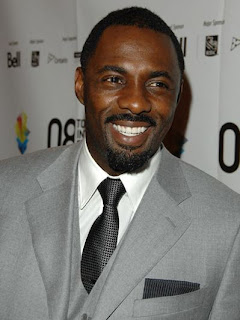 Idris Elba (Daddy's Little Girls, Obsessed)
Good-looking and well-spoken, just like Jody Starks. He would relish the cigar-chomping condescension, you can tell. One of the best actors working today, too.
VIRGIBLE "TEA CAKE" WOODS
Who is He: A much younger man who strikes up a conversation with Janie a year into her widowhood. He actually -- GASP -- values her opinions, assumes she's intelligent, lets her take part in work and play alike...he's her true love. Tea Cake can be irresponsible, a gambling man, a flirt, but he always comes back to Janie. When he tries to save her during the hurricane, he is bitten by a rabid dog and takes a turn for the worst.
My Choice: 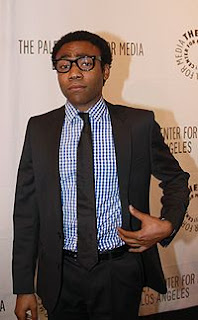 Donald Glover (Mystery Team, "Community")
Young and handsome, Glover has the spontaneity and humor needed for Tea Cake. Largely untested in straight drama, the moments he gives us in "Community" are great, and I look forward to seeing more of him. This is the kind of role an up-and-comer like him needs.
JANIE MAE CRAWFORD
Who is She: Wife of Logan Killicks, then Jody Starks, then Tea Cake Woods. Janie loved nature, and when she saw the interaction between the bees and the flowers, the mutual dialogue and communication, she knew that's what a marriage should be: in tune with each other and nature. Alas, it takes her years to find that marriage, and it ends tragically. But Janie comes out of it a better woman, self-actualized and whole.
My Choice: SAG Award Nominee for Best Ensemble (Precious: Based on the Novel 'Push' by Sapphire) 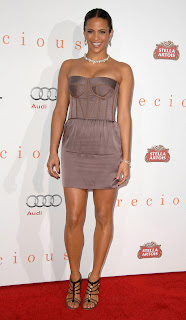 Paula Patton
Although only about ten years older than Glover, Patton needs to cover a woman's life, from sixteen to forty. She can pass for any of these, I think, and she's also the stunning beauty the novel describes. Oh, and a phenomenal actress.
Thoughts? Agree? Have a better Janie in mind, or do you think nothing will ever top the TV Movie? Tell me what you're thinking....
Posted by Walter L. Hollmann at 2:55 PM

I was reeeeeally hoping you'd cast Donald Glover as Tea Cake. I might be obsessed.

Good job with this rather complex casting challenge, Walter.

The Halle Berry version was just average, I thought. Yours has much more potential!

Cicely Tyson has given me one of my most unforgettable movie moments, in "Sounder", running down the road and crying out for Nathan, her husband, upon his return from prison... She has remained a favorite of mine ever since.