Ah, once again, I've bitten off more than I can chew. It's already March, the Oscars are over, so there's no reason to stay in 2012 for much longer. My Top Three are reviewed below in the Best Picture column, but let's gaze first at Makeup, Supporting Actress and Art Direction: 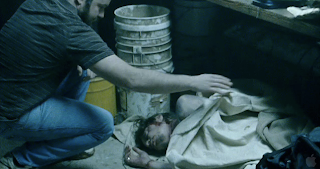 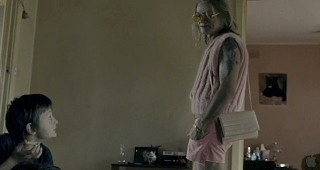 Horrifyingly captures the murders in grisly detail, not just after but during. Emphasizes the layers of dirt and old makeup among this class of people.

The mossy Radagast, the individual dwarves, the ease with which old looks are re-captured. 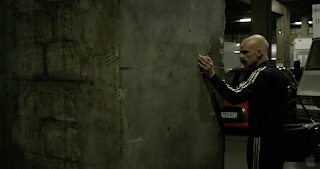 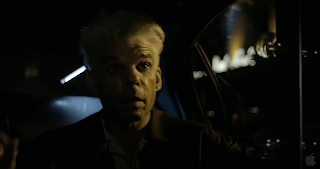 Sometimes bizarre, but always working within the context of the individual narratives.  Ben Whishaw is a very convincing woman, and who would have guessed Halle Berry could transform so comfortably?

Exhausted devotion in a lower-class slur. Quiet watchfulness as she helplessly witnesses the inevitable disaster on the way; silent disappointment when the white boy she raises spouts the same hateful words his peers use. Move over, Aibileen. Hilariously committed to her own image of the posh exotic who you should definitely take advice from. Most of the characters are a few butter-sticks short of a cake, but Echikunwoke's unchanging expression and confident vowels make hers the least self-aware...which means she's the most mesmerizing.

Dench -- and the writers -- have been adding layers to M since the reboot. They finally delivered with this strong turn, showcasing the MI6 leader's stubbornness in the face of opposition; affection for Bond; self-righteous refusal to step down. Better still is that climactic sequence where we see the agent M was and how rusty she got.

Three characters, but this is mostly for Sonmi, the clone servant who becomes the face and voice of a revolution, then a religion. Bae's face is a wonder to watch, first with the wide-eyed blankness of a clone kept in ignorance, slowly growing more aware, discerning, skeptical as she becomes independent. Also gives a comic performance (in Spanish!) as a Mexican Woman, and has a wonderful confrontation scene with Hugo Weaving as white Tilda.

You know, this movie's so proud of how clever it is that it's often annoying. As cheerleading, 90s-loving Ione, though, Locke gives the rare performance that simultaneously meets the material's tone and crafts a believable, if over-the-top, character, and without a self-congratulating smirk. A hyperactive energy runs through her line readings and facial expressions, stealing scenes even when she's just in the background. A star-making performance.

For attention to detail, epic scope. 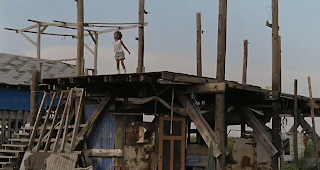 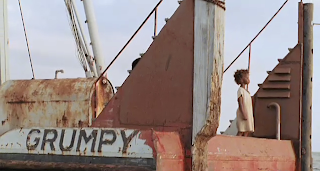 For impeccable world-building, combining the real with the fantastic. 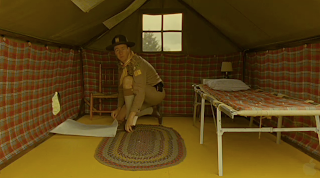 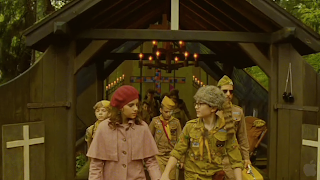 dir: Lee Daniels
wr: Lee Daniels/Pete Dexter, from the novel by Dexter
cin: Roberto Schaefer
Here's the thing: You're either buying what Lee Daniels is selling or you're appalled that such a thing exists. I just happen to really love B-grade trash films. Daniels perfectly captures the woozy, dream-becoming-nightmare grindhouse aesthetic, but it isn't just shallow stylization. If you've seen both Shadowboxer and Precious, then you know that's just how he do. Besides, I happen to think it's a lot more than just trash. The screenplay and actors are doing their part to make every character dimensional. Meanwhile, the atmosphere of sweaty, kooky Central Florida is pretty accurately depicted, I feel. We Floridians know that there is more truth than hyperbole in these characters.

dir: Joe Wright
wr: Tom Stoppard, from the novel by Leo Tolstoy
cin: Seamus McGarvey
The energy really surprised me, as did everything else. While it's not my Number One, it was the film of the year that literally lifted me from my seat, elated, engrossed. Not once was I not involved in the story of the bored high society beauty who has an affair with the dashing Count Vronsky, and that's mostly due to the effortless, non-stop momentum of the story, assisted by the set-on-a-stage conceit that allowed for whirlwind location moves and costume changes. And "high society is a performance!" aside, that rush perfectly captured the fever of lust.

dir: Tom Tykwer/Andy Wachowski/Lana Wachowski
wr: Tom Tykwer/Andy Wachowski/Lana Wachowski, from the novel by David Mitchell
cin: Frank Griebe/John Toll
Anyone who knows me can tell you that what I love most about a movie is its sincerity, and say what you will about its merits or lack thereof, but Cloud Atlas was goddam sincere. It's a film that refuses to back down from the sentimental, the treacly, the over-the-top, the Too Much, because it genuinely feels what it's pushing. And I do, too. It's an ambitious movie about cause and effect rippling through time, about second and third and sixth chances as one soul passes on to another, but mostly -- and the movie is quite insistent on this -- about love. It's unapologetic in its approach, but that's fine because it isn't lazy, either. It's a transcendent experience.
Posted by Walter L. Hollmann at 10:38 PM

Excellent, what a webpage it is! This website provides useful information to us,
keep it up.