The 2021 Hollmann Awards: The Winners, Part One

From 120 films, I nominated 32 films in 18 categories. These are the first nine categories - and believe it or not, not all the winners are from my Top Ten.
Best Director 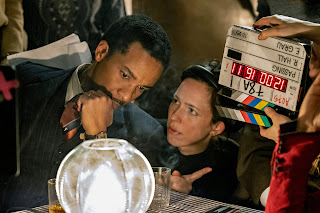 Rebecca Hall
Passing
2. Lemohang Jeremiah Mosese for This is Not a Burial, It's a Resurrection; 3. Enrico Casarosa for Luca; 4. Ryûsuke Hamaguchi for Drive My Car; 5. David Lowery for The Green Knight
Her performers convey so much without dialogue - I mean, Ruth Negga is going through seven different emotions in a single closeup just with her eyes. Her images do, too, whether it's Clare suddenly glowing in the sunshine, free from the White world, or a darkly-lit grab for a hand from one woman to another, or a mirror image that makes two individuals appear closer, more conspiratorial, than they actually, physically are. Everything is so perfectly of a piece, every member of cast and crew so on the same page, speaking to the certainty of vision and strength of leadership at the helm.
Best Original Song
1. Everybody's Talking About Jamie - "This Was Me"
music by Dan Gillespie Sells
lyrics by Tom MacRae
2. The Harder They Fall - "Wednesday's Child"
music and lyrics by Jeymes Samuel
3. Willy's Wonderland - "Willy's Wonderland"
music and lyrics by Émoi
4. Annette - "She's Out of This World"
music and lyrics by Ron Mael, Russell Mael and Leos Carax
5. Judas and the Black Messiah - "Fight for You"
music by Gabriella "H.E.R." Wilson and Dernst Emile II
lyrics by Gabriella "H.E.R." Wilson and Tiara Thomas
Best Visual Effects 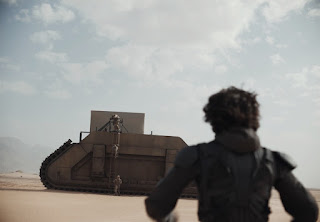 Dune
Gerd Nefzer, special effects supervisor
Jose Maria de la Puente / Wassila Lmouaci / Maricel Pagulayan / Brice Parker, visual effects producer
Paul Lambert, visual effects supervisor
2. The Matrix Resurrections; 3. No Time to Die; 4. In the Heights; 5. Annette
My final vote here always goes to the film that makes me go, "HOW?!" Not just how the effects were executed, but how anyone can conceptualize on such a scale - these ships, these battles, these body shields (marvelous, something that sticks out for how deceptively small-scale it is), these worms, these floating Stellan Skarsgårds. I can't imagine watching Dune and coming out of it not in awe of its spectacle. Exciting stuff!
Best Ensemble 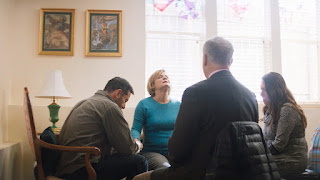 Mass
casting by Henry Russell Bergstein / Allison Estrin
2. Drive My Car; 3. The Humans; 4. CODA; 5. King Richard
In some ways the default choice this year (SAG Awards notwithstanding), but deservedly so. Martha Plimpton, Ann Dowd, and Reed Birney were all this-close to making my Lead Acting lineups; I mean no shade to Jason Isaacs, who rounds out the central quartet of parents navigating feelings of guilt, resentment, grief, and personal responsibility. All of them are doing incredible work, each delivers at least one moment where a line reading, a reaction, a glance genuinely surprises. I give this prize, too, to honor the trio bookending the central story: Michelle N. Carter as the counselor (social worker? therapist?) who has no time for bull; Kagen Albright as a volunteer who's just around; and, especially, Breeda Wool as a church employee who means well but is just that titch too much.
Best Production Design 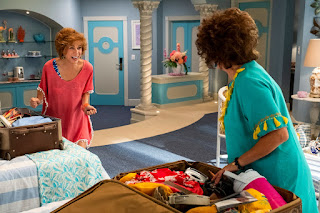 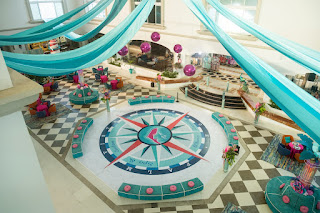 Barb and Star Go to Vista Del Mar
Steve Saklad, production design
Juan Pablo García Tames / Rafael Mandujano, art direction
Mariana Castañeda, set decoration
2. The French Dispatch; 3. Nightmare Alley; 4. tick, tick...BOOM; 5. Dune
Not a detail out of place. The seashell beds in the hotel room. The painting of a shark attack in the motel room. An underground lair with mouse philharmonic. A firing mechanism whose settings run from Toddler to Shrimp Queen to Circus Experience to Probable Death. The wood-paneled wonder of midwest homes. The most completely-realized sets in any film this year.
Best Adapted Screenplay 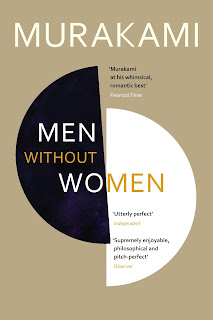 Drive My Car
Ryûsuke Hamaguchi & Takamasa Oe
based on stories from Men Without Women by Haruki Murakami
2. Passing; 3. The Humans; 4. The Power of the Dog; 5. CODA
Cláudio Alves made a wonderful case for Drive My Car as an adaptation over at The Film Experience. For me, I have always admired anyone who can write dialogue so that I feel I'm eavesdropping - even subtitled, I hear the hesitations, the lies, the truths, the difficulty with which people open up. Incorporating Uncle Vanya as seamlessly as Patrick Wang wove Hecuba into A Bread Factory, and in several languages, allows Hamaguchi and Oe to further explore one's willingness to open up...and what influences us to do so.
Best Supporting Actress
Daphne Rubin-Vega as Daniela
In the Heights
2. Ruth Negga in Passing; 3. Aunjanue Ellis in King Richard; 4. Cherry Jones in The Eyes of Tammy Faye; 5. Yurim Park in Drive My Car
If Claudia is the neighborhood's Abuela, Daniela is its cool aunt: confident, sexy, blunt. You'd feel safe coming out to her, and not just because you grew up with her as a stable role model for doing so. Rubin-Vega's performance commands the screen, whether active in a musical number or hanging in the background. She leaves you wishing, hoping for more.
Best Cinematography

1. This is Not a Burial, It's a Resurrection
Pierre de Villiers

3. In the Heights
Alice Brooks 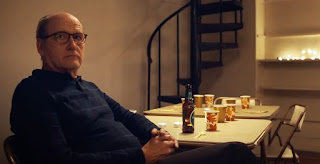 Richard Jenkins as Erik Blake
The Humans
2. Hidetoshi Nishijima in Drive My Car; 3. Daniel Kaluuya in Judas and the Black Messiah; 4. Jamie Dornan in Barb and Star Go to Vista Del Mar; 5. Dev Patel in The Green Knight
I go back to three things. His delivery - which you can see/hear in the trailer - of the line, "Don't you think it should cost less just to be alive?" The way he tries to almost casually toss off a significant confession to his daughters, trying to steamroll past the shame of his actions, their consequences, and having to be in the position of asking for his daughters' forgiveness (without actually doing so). And those final moments, where, left alone with himself in this empty, crumbling apartment, his uncertainty and his faith combine to just shatter him. Just absolutely give him the great scare of his life. Working from Stephen Karam's excellent screenplay (and direction!), Jenkins presents us with a man who believed he lived right, now as uncertain about the future as his children are.
In these first nine categories, nine films were honored: Barb and Star Go to Vista Del Mar, Drive My Car, Dune, Everybody's Talking About Jamie, The Humans, In the Heights, Mass, Passing, and This is Not a Burial, It's a Resurrection. Some spreading of the wealth - will that continue through to tomorrow? Find out in Part Two...

Email ThisBlogThis!Share to TwitterShare to FacebookShare to Pinterest
Labels: 2021, Barb & Star Go to Vista Del Mar, Daphne Rubin-Vega, Drive My Car, Dune, Hollmann Awards, In the Heights, Mass, Passing, Rebecca Hall, Richard Jenkins, The Humans, This is Not a Burial It's a Resurrection