Yesterday, the first nine awards were split between nine films. Today, the remaining nine, as the 2021 Hollmann Awards concludes. Make sure you refer back to our Top Eleven and initial slate of nominees, as well as the 120 films that qualified for consideration. Go ahead, we'll wait...
Done? Wonderful. On to the awards!:
Best Costume Design 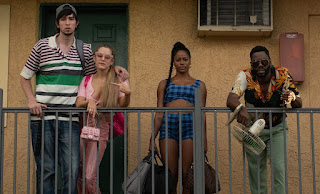 Zola
Derica Cole Washington
2. Passing; 3. Barb and Star Go to Vista Del Mar; 4. Wife of a Spy; 5. Nightmare Alley
Justice for contemporary costume design! Washington's work for Zola immediately stood out to me while watching the film: flashy, trashy, oh-so-perfect for these characters and this milieu. The kitschy cowgirl uniforms at Zola's waitressing job; her and Stephanie's eye-catching "work" outfits; the simplicity of conveying "off-the-clock" via windbreaker; the tailored South Beach threads of X; Derrek's rumpled straight drag; Baybe's whole thing. It's a wardrobe as wow as its film.
Best Original Screenplay 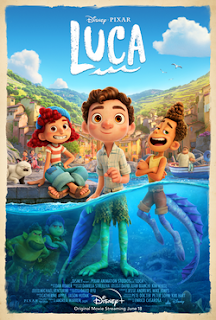 Luca
Jesse Andrews & Mike Jones
story by Enrico Casarosa & Jesse Andrews & Simon Stephenson
2. This is Not a Burial, It's a Resurrection; 3. Barb and Star Go to Vista Del Mar; 4. Belfast; 5. Mass
Multiple viewings have revealed the strength of Luca's writing again and again. Luca is a dreamer, but he doubts himself,  he attaches himself to stronger personalities, he even says he's more an idea guy than a man of action. But, in subtle ways, we don't just see his confidence build, we see that he's naturally funny, quick-witted, and curiously magnetic all on his own - he just doesn't realize it. His quick description of the local bully as resembling a catfish: an honest and brutal observation. He figures out how to compete in a swimming competition without revealing his identity. And it makes sure he isn't perfectly moral, but capable of making horrible decisions...but not unworthy of forgiveness because of it. It does all this convincingly, economically. It is, I think, one of those screenplays whose construction is worthy of analysis, as perfect a piece of writing as anything from Wilder or Cameron.
Best Supporting Actor

Kodi Smit-McPhee as Peter Gordon
The Power of the Dog
2. Sean Harris in The Green Knight; 3. David Strathairn in Nightmare Alley; 4. Ciarán Hinds in Belfast; 5. Andre Holland in Passing
"OH!" thought I as Kodi Smit-McPhee's Peter erotically rolled and lit a cigarette, sharing it seductively with someone who, for much of the preceding runtime, tortured him verbally and his mother psychologically. This cool customer seemed a different beast from the sensitive, artistically-minded boy we met at the beginning, the naïf who proudly claimed paper flowers as his work and tearfully hula-hooped out of sight. But he'd also been to school in between, and whatever happened there seemed to make him into a new man: knowing when to speak up, withholding much of what he's thinking, approaching his goals with a single-minded, eerily calm intent. More than anyone else's, it's Smit-McPhee's performance that makes the film such an exciting, haunting experience.
Best Makeup and Hairstyling 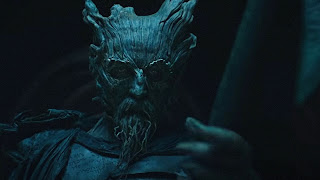 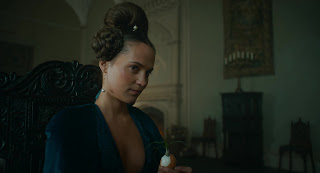 The Green Knight
Audrey Doyle, prosthetics & makeup designer
Barrie Gower, prosthetic designer
Eileen Buggy, hair designer
2. Titane; 3. The Eyes of Tammy Faye; 4. Dune; 5. The Electrical Life of Louis Wain
Wan, sunken, sickly royals. Immaculate, intricate ladies' hair-dos. The shaggy hotness of Dev Patel - both now and in the future. Porcelain-pale Winifred. And towering above it all, the Green Knight himself, a tree creature who must be CGI, and yet - no! He's there!
Best Score
1. The Green Knight
Daniel Hart
2. Luca
Dan Romer
3. Dune
Hans Zimmer
4. The Electrical Life of Louis Wain
Arthur Sharpe
5. Nightmare Alley
Nathan Johnson
Best Film Editing
In the Heights
Myron Kerstein
2. Barb and Star Go to Vista Del Mar; 3. The Velvet Underground; 4. Dune; 5. Passing
Cinema can zhuzh up a musical in a way live theatre cannot, cutting to the rhythm of the songs, leading the eye to this dance step, to this reaction, to this performer. A great mistake many modern musical films make is in cutting so much around the songs, you can't actually appreciate the visual storytelling. Not so with In the Heights. This number here: so many characters, so many setups, so many different dance elements, and yet Kerstein builds it all not just into a cohesive number, but one that captures a community and misses not a single movement. Love it. He's the secret sauce.
Best Sound
Dune
Dave Whitehead, sound designer
Theo Green, sound designer / supervising sound editor
Mark A. Mangini, supervising sound editor
Lee Gilmore / Bob Kellough / Piero Mura, sound effects editors
Ron Bartlett / Doug Hemphill, re-recording mixers
2. The Green Knight; 3. The Humans; 4. Cliff Walkers; 5. The Vigil
The sound comes even before the studio logos, a unique sound you feel vibrating through your guts, letting you know that you are in for a time. And it continues to impress from that moment onward: even the "classic" action elements like explosions and gunfire and physical impact have an odd, alien category.
Best Actress

Annie Mumolo as Barb
Barb and Star Go to Vista Del Mar
2. Mary Twala Mhlongo in This is Not a Burial, It's a Resurrection; 3. Kristen Wiig in Barb and Star Go to Vista Del Mar; 4. Tessa Thompson in Passing; 5. Jessica Chastain in The Eyes of Tammy Faye
Such a committed, funny performance, as expert with a line reading ("A woman named Trish is a woman you can count on"), as she is with physical comedy (her tumble out of the hotel to meet Edgar clandestinely). You have to believe any performance, of course, but you have to believe in the existence of a Barb if you're going to take this journey with her. Mumolo doesn't judge Barb, doesn't wink; one imagines that she would deliver this same character the exact same way were she a side character in, say, an Executive Suite. I even believe she reclaimed nature's hairier aspects within a single afternoon, so free is her spirit after decades of reluctance to let her flag fly.
Best Motion Picture of the Year 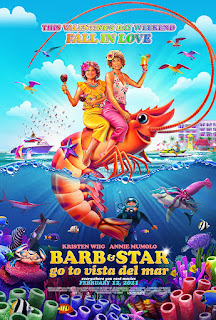 Barb and Star Go to Vista Del Mar
produced by Jessica Elbaum / Will Ferrell / Margot Hand / Adam McKay / Annie Mumolo / Kristen Wiig
2. Passing; 3. Luca; 4. This is Not a Burial, It's a Resurrection; 5. Drive My Car
6. The Green Knight; 7. Dune; 8. The Power of the Dog; 9. In the Heights; 10. Nightmare Alley
And there you have it! Thirty-two films nominated, 13 films win.
You May Also Enjoy:
ZergNet
Like us on Facebook
Posted by Walter L. Hollmann at 1:43 PM