*A relic from the days of Livejournal. The week before this one, I asked readers (mostly friends from high school) to suggest books, plays, etc., for me to cast. Some of them may look familiar. Instead of listening to their suggestions immediately, though, I took advantage of the English class I was in. Because I was into hot-linking back in the day, I found it necessary to use new pics of my own.*

So, I guess I'm getting a little lazy with the Casting Coups lately, since I missed last week's. But here we go with this week's edition.

First of all, thanks for your write-ins, most of you. And Allie and Ben, thanks for the verbal messages. I'll count them.

Lea suggested Gentlemen Prefer Blondes and Pippi Longstocking. I worried a bit over the second one, since I didn't know what version of Pippi she was referring to (the new adventures?), until I discovered something awesome. Both of those movies are based on books. Books available in my library. Awesome.

Amanda recommended I do more Children's stuff, like Disney. I have a list made up of the ones I'll do. Becca specified Beauty and the Beast. I may get to it, but I can't decide between the Disney film, the Cocteau film, the Villeneuve tale, or the Beaumont tale.

Ben suggested The Pillowman, a play by Martin McDonagh, and Don Quixote, of which there are 6 billion translations. Maybe. Allie suggested The Count of Monte Cristo. Holy shit, people, what's with the tomes?

I'm in a Southern Women in Literature class, and we recently finished the fifth and last book of the semester. It was not a short story collection, like The Golden Apples and The Old Order. It was not a sprawling epic, like The Devil's Dream. No, it's a present-day family drama with only five characters. Awesome.

Long story short: Mudear's dead. Her three daughters come down for the funeral. During the night, they and their father reflect on the woman Mudear was, and how they all pretty much feared her. She was not the best of mothers, and no one's turned out well. Let's get to it.

ERNEST "POPPA" LOVEJOY
Who is He: Ernest is first seen as a husband who does not know how to deal with his wife's death. Understandable, right? We gradually learn that Ernest was kind of a prick to Mudear throughout their marriage, and that's pretty much why she "changed". He ordered her around, made silent demands, and cheated on her. Now, this man who put work first finds himself alone. And free. 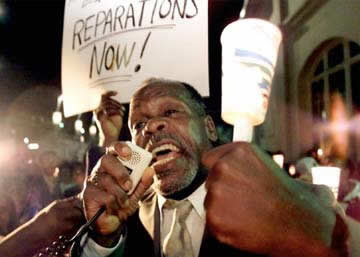 My Choice: He's one of my favorites, and I feel that he does not get enough acclaim. Respect, yes, but why has he not been Oscar-nominated? Or Hollmann-nominated, for that matter?


ANNIE RUTH LOVEJOY
Who is She: The youngest of the Lovejoy girls. Annie Ruth is a newscaster in California, having moved there from Virginia after her nervous breakdown. See, Annie Ruth is a little crazy. She's more outspoken than the other two about her feelings for Mudear, and even goes down to the funeral home to yell at the corpse. Which is odd, but, you know, the South. Oh, also, she sees cats that aren't there.

My Choice: Again, no noms ever? A solid actress who can play younger than she is. She's also fine, which works for the more sexually open Annie Ruth. My Choice: She's actually a year or two younger than Taraji, but they look like sisters. Besides, everyone knows how much I love this woman. 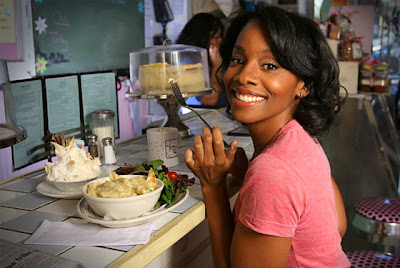 
BETTY LOVEJOY
Who is She: The oldest and most together of the girls, she runs a chain of beauty shops in Mulberry. She is the only one who remembers the sweet Mudear of the past. As the oldest, she's the one taking care of Mudear and Poppa most of the time, and even lives nearby. She has male trouble, though: the man her own age thinks she should do all the cooking and cleaning, while the other man in her life is nineteen years old.

My Choice: Another actress that doesn't get enough love. Indeed, her character doesn't even have a name in her most recent flick. She's been on Boston Legal and Lost, though. 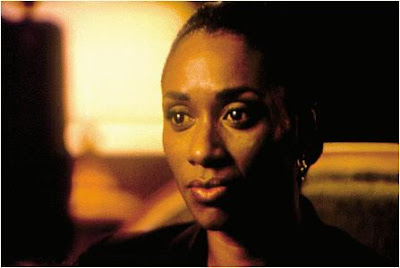 April Grace (Magnolia, I Am Legend)


ESTHER "MUDEAR" LOVEJOY
Who is She: God Almighty. In her mind, at least. She was a cheerful wife, until one day, she decided to no longer be taken for granted. Then she stopped cooking for and feeding the family, declaring herself independent. She works on her garden at night. She gets her own inter-chapters, narrated in the first person. Also, she's dead. Mudear is not the perfect mother, nor is she selfless, but she certainly looks out for her girls.

My Choice: She's like my go-to girl for old black women. 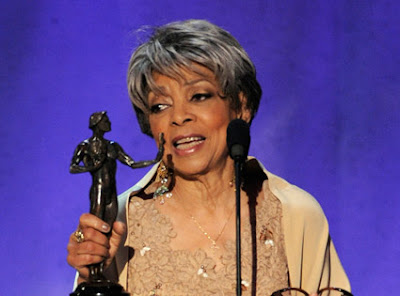 For those of you who read the book, I hope this was satisfying. For the rest, I hope it's piqued your interest. It really is a good book.
Posted by Walter L. Hollmann at 8:16 PM