Bond Fans the world over: Mourn. 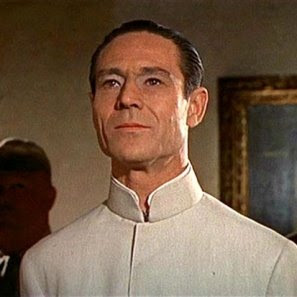 Joseph Wiseman, whose portrayal of Dr. Julius No in the first James Bond movie will always be known as one of the Ten Great Performances in the series' history, has passed away at the age of 91. Wiseman's brand of villain was smooth, intelligent, classy; his feathers were never ruffled, and I am always taken aback when he so casually dismisses Bond as "a stupid policeman whose luck has run out". It is one of many Bond Performances that I felt to be worthy of an Oscar nomination (maybe over Terence Stamp in Billy Budd?). He will be sorely missed.
Posted by Walter L. Hollmann at 8:21 AM