I remember seeing The Exorcist in the middle of the afternoon with my family in high school. All I could think about afterward was that face and the line, "Fuck me Jesus." My parents weren't strict, but there were certain films we were not allowed to see at certain ages, so imagine my surprise when such a scene was considered appropriate viewing for my fourteen-year-old self. (Then again, Mom and Dad were always willing to break their own rules if they felt it was a quality film -- thus Ed Wood in elementary school and Rocky Horror in middle school). There was much of the movie I forgot over the years, but those graphic images of Regan masturbating with the cross never left. It was weird. It was scary. It was horrifying. So, of course, it had to be one of the greatest horror flicks of all time.

As it turns out, it's considered more than just one of the greatest horror flicks, but one of the greatest films all around. Winner of two of its ten nominations at the Academy Awards, number two at the box office, considered for placement among AFI's 100 Greatest Films (both the original and the anniversary), and still rated in the Top 250 by IMDb Users, the film's got legs. Almost forty years later, it still has the potential to shock and amaze. How did they do that? one wonders, usually followed by a Oh my God oh my God what's happening aaaaaccccckkkk!!!!

Last year, The Exorcist returned to select screens for a one night engagement. My best friend/roommate and I were only two of the twelve people in the theater. It was even better this time around. I finally appreciated the sound design, the cinematography, the writing, the performances. Jason Miller in particular startled me as Father Damien Karras, the priest-psychologist dealing with the death of his mother, his loss of faith, and a possessed 12-year-old -- it just hurts so much to watch him. Meanwhile, we brought a friend with us who had never seen it before. Needless to say, she was clutching the armrests, covering her eyes, and I think I heard her praying. That's fine: so was I.

The film is lightning in a bottle, often imitated, never duplicated. Yet here we are, doing a Casting Coup for a film that is already pretty perfect. Why?

SHARON SPENCER
Who is She: Chris's assistant. Keeps the MacNeils' life in order and cares for Regan while Chris is on set. Understandably upset when things take a turn for the demonic, she nevertheless remains.
Originally played by: 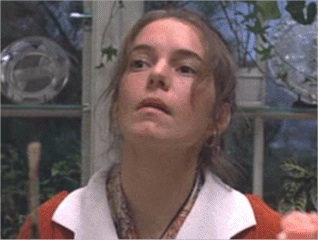 Kitty Winn (The Panic in Needle Park, The Exorcist II: The Heretic)
My Choice: 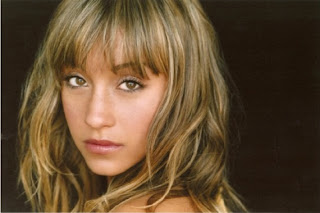 Stella Maeve (Transamerica, The Runaways)
Oddly magnetic presence in The Runaways, with a natural, modest performance that sometimes stole the show away from some the more mannered co-stars. Not on purpose, she just seems so natural and chill. I appreciate comfort like that, especially in assistants and babysitters.
FATHER JOSEPH DYER
Who is He: A Georgetown priest, he counsels Karras after the death of his mother. He remains good friends with Karras, and quite an entertainer besides: he plays piano at one of Chris's parties, as he's helping out on the set of her film.
Originally played by: 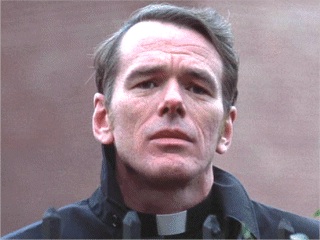 Father William O'Malley (real priest, but he also wrote the song "Twinkle Twinkle Little Me", one of the great Christmas songs; great actor, too)
My Choice: 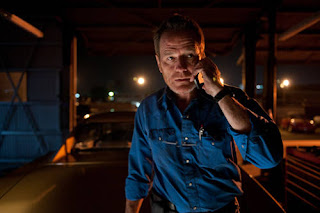 Bryan Cranston (Little Miss Sunshine, Drive)
Truly would not have thought of this if it hadn't been for my two viewings of Drive, but damn Cranston is impressive. So why such a small role? Because it's an important one, and Cranston is a phenomenal character actor. Also, I don't know any real priests off the top of my head.
BURKE DENNINGS
Who is He: Chris's director and friend, an eccentric little Englishman who likes to loosen up with a drink. Things take a turn for the weird when, while staying at the MacNeils' to look after Regan, his body is found at the bottom of the steps outside her window. Almost like he was hurled out of her room...
Originally played by: 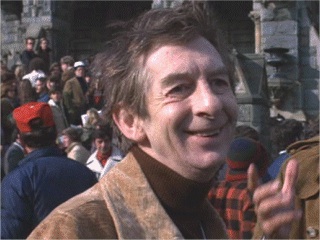 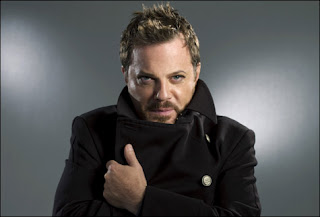 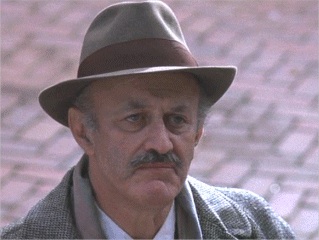 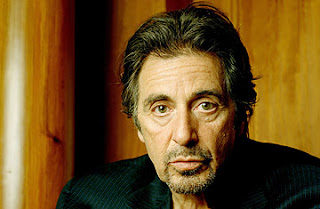 Al Pacino (The Godfather, Cruising)
Pacino still gets to play lawmen, so I figure this might be a good way to retire that. It's an interesting role that would give him a chance to underplay. He's so great at that.
REGAN MACNEIL
Who is She: Chris's daughter, a nice twelve-year-old girl who becomes possessed by a demon named Pazuzu.
Originally played by: Academy Award Nominee/Golden Globe Winner for Best Supporting Actress (The Exorcist) 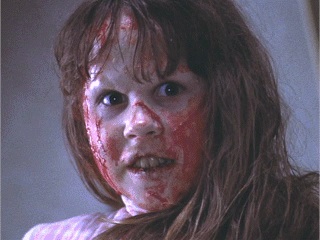 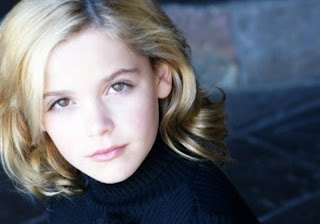 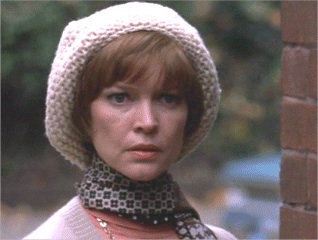 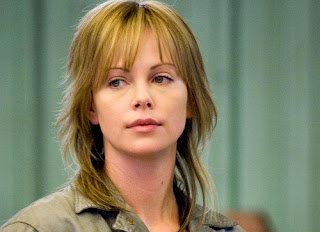 Charlize Theron (The Astronaut's Wife, Young Adult)
Never thought of anyone else for this role. Actually thought while watching The Exorcist: "Damn. Charlize would be great in this."
FATHER LANKESTER MERRIN
Who is He: Priest, archeologist, exorcist. He's dealt with the demon Pazuzu before, most notably while in Iraq, and so is fully aware of the dangerous power he's facing. Merrin charges forward, even with a mouthful of green vomit. Merrin is so awesome.
Originally played by: Academy Award Nominee for Best Actor (Pelle the Conqueror), Golden Globe Nominee for Best Actor - Drama (Hawaii) and Best Supporting Actor (The Exorcist) 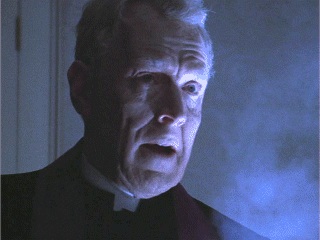 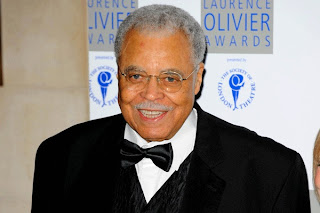 James Earl Jones (Star Wars, The Lion King)
I wound up with a copy of the original screenplay, and while reading it, I kept picturing just Max Von Sydow, now old enough to take on the role without makeup. But that would be silly, I thought. Is there another elderly actor who I would believe as a scholar, a savior, an exorcist with a voice that could cast out the Devil? Of course, the answer is yes.
FATHER DAMIEN KARRAS
Who is He: The real protagonist of the film. Having just lost his mother, who he feels he neglected, Father Karras begins to doubt his vocation and his faith. How can he be the psychiatrist of the congregation if he himself is plagued with such doubts? Well, he winds up meeting Chris, and assists Father Merrin in the exorcism of Regan MacNeil.
Originally played by: Academy Award Nominee for Best Supporting [?] Actor (The Exorcist) 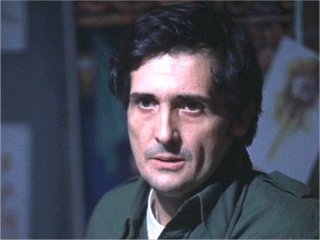 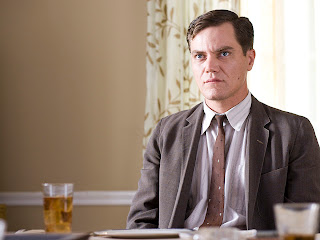 Michael Shannon (Bug, My Son My Son What Have Ye Done?)
Shannon is actually just as magnificent when he dials down the crazy, as in Take Shelter (for the most part, anyway).  Like Charlize, his was an automatic no-brainer. If anyone was to take the reins from the magnificent Mr. Miller, it has to Shannon.
Posted by Walter L. Hollmann at 9:27 AM

Michael Shannon as Karras? That is genius.

I'd be curious to see Charlize in something like this, because I think she's lovely but she rarely diverts me as an actor - whether that's her limitations, or a limitation of roles? Je ne sais pas.

Kiernan Shipka is an intriguing choice. She annoys me on MAD MEN, but I believe that that's intentional.

Brilliant, Walter...I'll be back tomorrow to catch up..and comment in more depth! Your recasting brings it all back...the event that was "The Exorcist!"