I'm Back; So Is Oscar

Is it time for that alfready? Of course it is. Nathaniel Rogers was the first to establish April Fool's Day as the start of Oscar predictions for the coming year, for what could be more follish than to try to guess the finalists eight months in advance? Well, he waved the green flag, so it's a go for all of us.

Last year, I did "eh" on my predictions, as per usual. It's difficult, sometimes, to see things like Midnight in Paris or The Artist coming -- especially since no one knew about the Hazanavicius until Cannes. But these were never about my predicting prowess. This is mainly about looking forward to the year ahead, much like my Top 25 Anticipated. There are films as yet unknown that will fill some of these spots; there are films seen here that will crash and burn. It happens. Until then, a guy can dream, can't he?

Because of that rule change, I've had to clarify my predictions here. Remember, it's five at the least, ten at the most, and everything in between, depending on how voting goes. Still, those first five are safe either way. The next five are ranked in order of likelihood, not to be taken seriously since it's only April. We are fools, aren't we? 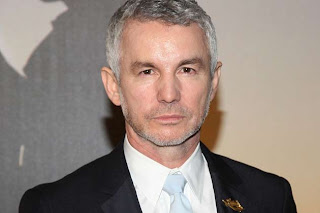 God, 2012 is looking to be such a strong year for my favorite filmmakers. I'm taking a chance and saying Luhrmann becomes the first director ever to be honored for Gatsby. Fleischer's probably the wildest card here, since his previous films are action-comedies: Zombieland, 30 Minutes or Less. Will Hooper score again? Will Anderson finally get his?

Despite that clunky-looking trailer, People Like Us boasts a central female role that attracted such Academy darlings as Amy Adams and Hilary Swank -- expect eventual star Banks to reap the rewards. Knightley and director Joe Wright are a superb combo, and I can only imagine the camp wonder that Kidman's femme fatale could bring to a Lee Daniels film. I'm less confident in my predictions for Bullock and Streep, and am half-tempted to throw in Seyfried for Lovelace...but I can't quite decide who to kick out for her. We'll see... 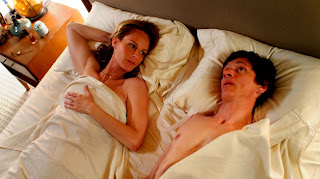 Early buzz says John Hawkes is a shoo-in, and as Demian Bechir can attest, sometimes it's good to come out early. Day-Lewis as Lincoln seems as obvious a get as Morgan Freeman as Mandela. If ever this was going to happen for Jackman, it would have to be for a lead role in a musical -- if not now, when? Cooper's more or less my shot in the dark, yet I have a good feeling about it. And Hoffman as a charismatic religious leader for PTA....the only threat to his win (calm down, Walter, it's only April) is Hugh Jackman! 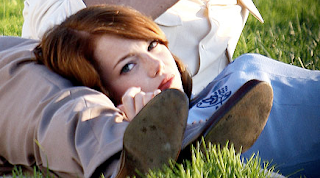 Isn't Stone at the right age for an Oscar nom? You know they love 'em young... Speaking of, newcomer Barks will probably fill that STAR IS BORN slot, with a role as ripe for rewards as, say, Effie White? I'm following Surrogate buzz to include Hunt, and logic to include Adams -- she's their favorite supporting actress, it seems. Hathaway will probably win an Oscar someday, though I'm not going to declare it for Fantine just yet. Still, a nomination for Les Mis is a step in the right direction.


Last year: 0/5 - predicted Chastain for Tree of Life instead of The Help 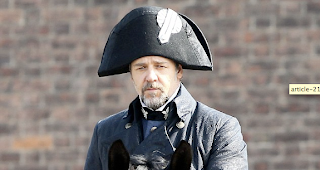 Penn as Jewish mobster Mickey Cohen? Crowe as Inspector Javert? DiCaprio in a Tarantino flick? You'd be mad not to assume these three, at the very least, are getting in. Ben Affleck has gotten nominations for Amy Ryan and Jeremy Renner, so you know someone's getting in from Argo -- perhaps the never-nominated, always-beloved John Goodman? If the movie's any good, Gandolfini could get in for his New Jersey father whose son starts a rock band in the 60s. I admit, though, he's probably my least certain choice.

Pixar returns triumphant after Cars 2, Tarantino's words work their magic, Lewin for the indie slot, David Chase is welcomed (partly for The Sopranos, let's be real), and director Anderson takes it.


If there's one question mark, it's Inside Llewyn Davis, scheduled for a tentative 2013 release which could turn into a late 2012. We'll see.
Posted by Walter L. Hollmann at 2:43 AM

I'm SO nervous for the two Bennett sisters with Anna Karenina and Gatsby. SO NERVOUS!!!

A choice that surprises me the most in acting is Elizabeth Banks. not. gonna. happen. :)

we all seem to have Bullock there, as of right now.

But I am not confident enough yet to publish my predictions. maybe next month