Yes, a full month after my last post, I'm finally continuing my personal picks for the best of 1965. And best of all -- there are still two more posts after this!

Today, we take a look at Best Original Song, Best Sound, Best Actor, and Best Cinematography. And be forewarned: in at least one of these categories, not a single one of Oscar's nominees made it!

Shall we begin with a little song and dance?

5. "Recit de Cassard" from The Umbrellas of Cherbourg


3. "Something Good" from The Sound of Music

music and lyrics by Richard Rodgers

2. "The Sweet-Heart Tree" from The Great Race

1. "I Will Wait for You" / "Duo de Guy et Genevieve" from The Umbrellas of Cherbourg

Best Actor and Best Cinematography below the jump.

5. Those Magnificent Men in Their Flying Machines
Gordon K. McCallum/John W. Mitchell, sound
Otto Snel, sound re-recording mixer
I like plane sounds. And more than that, I like planes-crashing-into-poop-swamps sounds.

4. The Cincinnati Kid
Franklin Milton, recording supervisor
The flip and flick of the cards, the cacophony of voices suddenly silenced as they watch a game at play, tea cups clinking and clanking, matches striking.

3. The Train
Joseph de Bretagne, sound
Jacques Carrère/Jacques Maumont, soun re-recordists
It's not just the work that went into the trains and the bombings and guns and everything -- it's also the conversations happening around all this noise, and the believable mix where you're not quite catching everything -- coupled with the expert dubbing.

1. Kwaidan
Hideo Nishizaki, sound
Kuniharu Akiyama/Shigenosuke Okuyama/Akira Suzuki/Tôru Takemitsu, sound designers
Masaharu Shioda/Kazutoshi Yagihashi, sound recordists
Alarming and sudden. The choices of when to keep atmosphere and when to just dip into quiet -- quiet marked only by the cracking, ripping, popping sounds of wood splintering, apparitions forming, swords stabbing through paper walls. And the way the design blends into the score...exquisite and unsettling.

Another of O’Toole’s Don Quixotes, leaving his old life behind in pursuit of the impossible. Here, Lord Jim helps the Burmese revolt against the corrupt colonials who terrorize them…in an attempt to assuage his own guilt from long ago. Even in moments of triumph, his face is pained, his body rigid. This is a man destroying himself by saving others, and O’Toole presents it beautifully.

4. Eiji Okada as Niki Jumpei
Woman in the Dunes 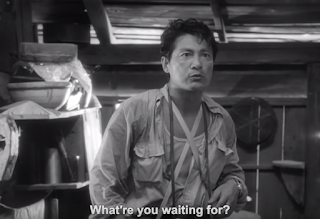 Fascinating to watch him go through every peak and valley, from his naïvely condescending entrance to the dumbfounded horror when he realizes his fate. What Okada really executes perfectly is how Jumpei isn’t always working angles – you don’t always see the gears grinding. He’s believably distracted, carnal, bored, hopeless…and the agony is so convincing, you live it alongside him.

No matter what he thinks, still one of his best performances. His charming, sardonic line readings are convincingly authoritative without being completely bereft of warmth – it also helps demonstrate why he’s such a catch. The moment he joins his children in singing – the look on his face, his slow realization of what he’d taken away, and what they need. Kills me. Every time. 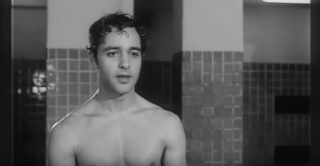 Perhaps the role he was born to play, using his natural boyishness to deliver something…well, creepy, certainly, but also tragic. His actions truly feel like impulses that he’s trying to keep hold of, but cannot resist. I don’t think anyone has ever quite sold sexual guilt with such genuine hopelessness…and yet simultaneous creep factor. You’re not sure if he needs a hug or a push down a flight of stairs. 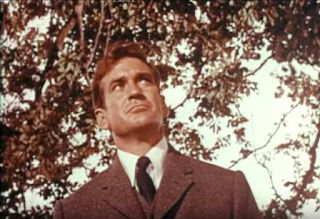 I was immediately onboard with his take-no-shit masculinity, his very real devotion to his mother, his irresistible sexuality. Taylor neatly grasps the complexity of a man who is a very real romantic, yet also a rabble-rousing drinker-fighter-hellraiser – no intellectual, but a genius. Some great drunk-acting too, as in his restrained final toast to a dearly-departed loved one. 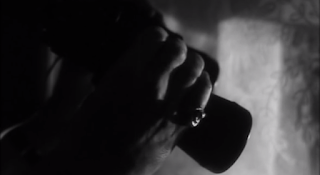 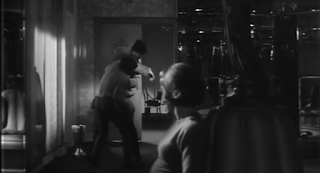 Kiyomi Kuroda
Boy does one feel the oppressive heat of the day -- bright and hot and awful. And then the striking images of the night -- light streaming in through a peephole, lightning flashing on a demon, the moon touching a bottomless pit.

Freddie Young
Those glasses falling in the cold; the dead man's wife with her lover, their burning passion radiating all around them. Good LAWD!

2. The Greatest Story Ever Told

Loyal Griggs/William C. Mellor
From my original post: "Some of the most beautiful outdoor photography I've seen in cinema, and one of the few period films to actually look like it was made pre-electricity. Almost edges into being too dark, but it rather adds to the magic, mysticism and sobriety of certain scenes"

Yoshio Miyajima
Lighting and camera-work appropriate for each story -- more "natural" in the bookend tales, bordering on the theatrical in the middle ones. Sometimes ugly, as with "The Black Hair" -- other times, jaw-droppingly beautiful, as with "Woman in the Snow" -- and still also mystical, as with "Hoichi the Earless".