I have never seen an episode of the original "21 Jump Street", but I knew I liked Channing Tatum and Jonah Hill enough to be excited for the film adaptation. The trailer promised an action comedy in which two young men who went to high school in the early 00s return as undercover cops, only to undergo a culture shock when it turns out smart, sensitive guys are in and overlord jocks are out.

21 Jump Street could have gone wrong in so many ways, as action-comedies are wont to do. The jokes have to actually be funny, but the characters have to be some sort of relatable so that we care enough to spend two hours with them, and the action has to actually deliver without losing the tone of the rest of the film. The thing that surprised me most was not just the film's ability to execute all three elements with superb effect, but to also integrate ruminations on second chances, brotherhood and the high school social ladder successfully.

The greatest example of this is a scene midway through the film, wherein Jonah Hill must make an appointment for a drug deal with head popular kid Dave Franco, while Channing Tatum records their conversation via a bug. Every moment from the arrival to the house to the last conversation is filled with wit and pathos, beginning with Franco's sad reaction to a friend in awe of his parents; leniency: "I wish my parents didn't give a shit!" From there it's all gold: Tatum listens in as Hill tries to ask beautiful Brie Larson to prom, with Hill growing more confident as Tatum teases and encourages him, unheard, from afar. There's a beautiful moment where you see the quiet pride and vague envy in Channing's face when Jonah succeeds; there's another beautiful moment where Jonah makes fun of his partner to his popular friends, while Channing listens, hurt. They're the same merciless insults he used to deploy in high school, now being redirected to attack him. And at this point, it doesn't matter if it's part of the cover or not: he's feels hurt, betrayed by the one person he could trust.

That's just one scene. The rest lives up to it, right down to the finale with shoot-outs, penis jokes, and a pay-off for fans of the original series. Everyone is game, from the writers to the ensemble -- even the score is magic. I used to do theater checks when this played at work, timing it so I could watch Brie Larson's entrance: the slow-motion, the music, her smile, Jonah Hill's reaction, all work perfectly together to create that familiar weightlessness of Love at First Sight.

21 Jump Street recently lost Original Score, and is also nominated in three other categories. And two of those categories are:

5. 21 Jump Street
Joel Negron
Keeps the action legible, the romance magical, and the comedy tight. Has great fun in sequences like the HFS drug-taking and the raging party. Focuses in on subtle moments, like Franco's loneliness and Tatum's frustration.

4. Zero Dark Thirty
William Goldenberg/Dylan Tichenor
Doesn't lose us on the length of time, but maintains a rhythm that goes, goes, goes. Middle feels somewhat sloggy, as it should -- we're in the mindset of the CIA operatives who are slowly becoming more agitated as each possible lead disappears. Biggest props for the nailbiting compound sequence (with the fabulous Jennifer Ehle) and the "storming the castle" finale.

3. Anna Karenina
Melanie Oliver
It flies at breakneck speed but never loses you, embodying the breathless obsession Anna has for Count Vronsky. Hard to pick a favorite scene: the wordless opening? The silent finale? The discombobulating "First Time" scene? It's all so beautiful.

2. Argo
William Goldenberg
We all know how it's going to end, yet that didn't stop me from digging my nails into my palms, sitting on the edge of my seat. And that was the second time around. Let's be honest, too: Alan Arkin's timing is naturally terrific, but editing those specific readings with those reactions really helps. (That's not a knock against his nom, but further praise for the Great Goldenberg)

1. Cloud Atlas
Alexander Berner
Three hours, six timelines. Breezes by, focusing on the right elements, emphasizing surprising connections,  bringing emotions to a great crescendo in its many montages -- and you know, it doesn't feel like there are too many montages. To accomplish that kind of impact and pacing in such a runtime is miraculous. 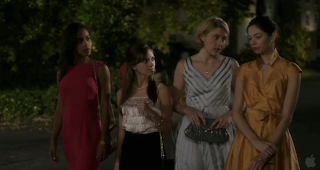 Such a difficult tone to nail; such perfect unison! 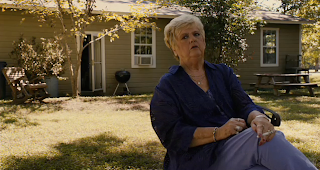 Jack Black's central performance is the real deal, but it's the no-name ensemble of townsfolk that carries you away. From elderly biddies gossiping to a good ol' boy calling out the jury as backward rednecks, these are the small town folk with thoughts, by god. 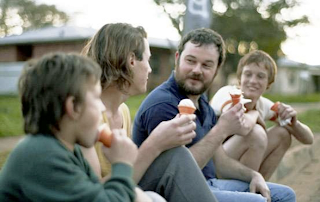 Predominately first-timers, who deliver a rawness necessary to this kind of story. Whether it's the ruthless sociopath at the center, his hypnotized followers, the mother grieving for her soul, or the transvestite, every performance is subtly, uncomfortably real.

Everyone got on board for this one. Nicole Kidman, John Cusack, David Oyelowo and Matthew McConaughey go borderline camp, amping up those accents while reveling in the trash of it all. And let's hear it, too, for those unsettling swamp people and Nealla Gordon's aggressive bitch.

Surprising beats from all involved, with every one game for a difficult genre and pulling it off.


21 Jump Street is also nominated for Best Adapted Screenplay, still to come. Cloud Atlas and Life of Pi are now tied with two awards each.