dir: Sam Mendes
wr: John Logan/Neal Purvis/Robert Wade, from characters created by Ian Fleming
cin: Roger Deakins
I love James Bond. It's a love affair that's entering its 10th Anniversary, and for their part, EON gave me one of the best films of the year, 007-based or otherwise.


Skyfall is a clever appreciation and subversion of the Bond formula, where every familiar element, from Bond Girl to Grand Finale, is twisted just enough to make this seem like NO OTHER BOND BEFORE!!! Which is true, but it's also closer to the Bond I grew up reading: the Bond of 1964's You Only Live Twice, the M of 1965's The Man with the Golden Gun, the bond of 1955's Moonraker. This was the Bond who lost his parents in a climbing accident, who never had a warm relationship with M but still looked on him as a father figure, who constantly questioned both his own and espionage's places in the world. This was a Bond being worked on since Daniel Craig's first appearance in 2006's Casino Royale, but Skyfall took it to a whole other level.

People have taken to calling this The Dark Knight of the Bond films, and in a not-so-flattering way. The formula seems to run something like "He wanted us to capture him" + family trauma + over-the-top villain + tracking the chase + family caretaker = BATMAN, but that's so unfair. First of all, because a villain wanting to be taken into custody and doing more damage there is an ancient trope -- even Agatha Christie has some of her killers wanting to be captured early on to elude conviction. Bond's family trauma is detailed in the penultimate chapter of You Only Live Twice. Over-the-top villains and tracking are Bond formulas more than Batman ones. Really, the only thing that would fit into this is the family caretaker: imagine my shock when Albert Finney's Kincade showed up, with no mention of Aunt Charmian (in my dreams: Celia Imrie), who adopted little James after his parents' death and sent him to Eton. 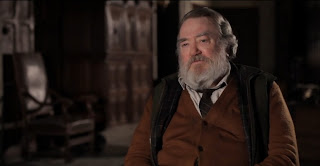 Yes, that got a little fanboy-ish, but this is my point: Skyfall is a Bond fan's dream. Seeing it front row at the Cinerama Dome was one of the greatest movie-related decisions I've ever made. The performances were top-notch, the story was suspenseful, the music was to die for (that song's lyrics may be nonsense, but what nonsense!)...it was everything I could have hoped for and more. Daniel Craig is further cemented as my favorite Bond, with the film itself ranking in my personal Top Five 007s.

Among its three nominations at the Hollmann Awards, two of them are for Song and Cinematography. And both of those nominee sets are right here!:

Charmingly old-fashioned, reminding one that Seth MacFarlane really does just want to be a member of the Rat Pack.
4. Skyfall
"Skyfall"
music and lyrics by Adele/Paul Epworth

Is Shirley Bassey back? It's big, brassy and BOND, just like Goldfinger, following the time-honored tradition of catchy music and nonsense lyrics! Get it, Adele!
3. Rise of the Guardians
"Still Dream"
music by Alexandre Desplat
lyrics by David Lindsay-Abaire

This song, which plays at the end credits, was worth the whole movie experience. I do want every wish I ever made to go marching in the dream parade, Renee Fleming! Can you help me?
2. Django Unchained
"Who Did That to You"
music and lyrics by Paul Epworth/John Stevens

Comes at just the right time in the film to serve as a rousing vengeance anthem. Really gets to the heart and soul of the film: Django's tireless quest to avenge the wrongs done to his wife. And he is without mercy.

I have no idea what Bombay Jayashri's saying. It could be about cocks for all I know. But it's one of the most beautiful songs I've ever heard, a tender and almost divine lullaby that I sure as hell would need if I was alone at sea with a tiger.


BEST CINEMATOGRAPHY
5. The Perks of Being a Wallflower
Andrew Dunn 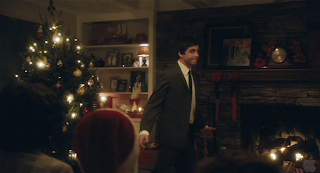 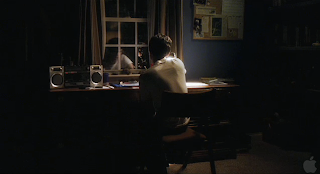 Lit like a semi-hazy memory, which it could be, since everything we see is being processed after the fact by Charlie in his letters. Wonderful use of browns.

Not only creates a spooky environment in the big...worship room...or whatever. But also maintains an ominous mood through its blues, yellows and whites. Used to great, claustrophobic effect in the light-flickering medical bay sequence.

3. On the Road
Eric Gautier

Gorgeous views pass along the horizon, capped off by warmly-lit late parties and the frosty chill of the morning. Alternates with the moods of Dean and Sal, creating snapshots both enviable and nightmarish.

Looks like a daguerrotype, despite the color. That's a compliment. Not everyone is a fan of the God-lighting surrounding Lincoln at the climax, but it's breathtaking and works ezquisitely. After all, it's not Lincoln being equated with the divine, but feeling the presence of God and His will being done.

The best-looking Bond there's ever been, with delicious choices throughout. A bleached-out rot of an island to go with the bleached locks and acidic deformity of Silva? A fight sequence entirely in silhouette? Those hot orange and yellows in a Macau casino? Perfect, Mr. Deakins, just perfect.

Remember, too, that Skyfall has another shot at a win in Best Supporting Actress. But that's for later....

Previously: #10. Beasts of the Southern Wild

Email ThisBlogThis!Share to TwitterShare to FacebookShare to Pinterest
Labels: Django Unchained, Hollmann Awards, Life of Pi, Lincoln, On the Road, Prometheus, reviews, Rise of the Guardians, Skyfall, Ted, The Perks of Being a Wallflower