The Sincerest Form of Experimentation

Well, it took long enough but I finally finally started to watch some flicks for Shocktoberfest! The first film was one I'd never seen before, a divisive film that's been praised and damned equally, though one can't say it didn't take risks. From 1998, I give you... 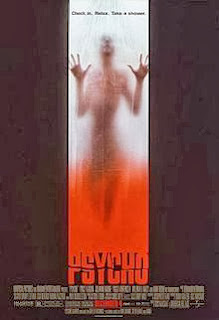 When I was in film school, one of our professors gave us a weekend assignment: select a scene from a film and recreate it, shot-for-shot, beat-for-beat, inflection-for-inflection. I admit my group more or less fudged the project, but when I acted in my classmate's, I started to realize what the whole exercise was about. In recreating each shot, we were forced to really analyze the composition -- not just for the how, but the why. We spent hours shooting, editing and acting, imitating the Masters so that we could have a better understanding of how to approach our own work.

So I was not averse to the idea of a shot-for-shot remake of one of the greatest films ever made. But Van Sant did something our prof did not: he allowed room for the actors to do their "thang", so to speak, and chose specific moments to deviate from the path. And so it makes for an intriguing viewing experience, but is it any good?

Yeah, actually. There are some touches that definitely make it worthwhile. Julianne Moore's Lila Crane is tougher, ballsier -- even her pauses come with a "don't fuck with me" stance. Viggo Mortensen makes Sam Loomis more obviously ditzy, and while I don't remember there being the stereotypical male-female dynamic in Hitchcock's version, I appreciated Van Sant flipping of the conventions. It's especially evident in the final scene (spoilers, of course): while Vera Miles screamed as John Gavin effortlessly wrestled Anthony Perkins to the ground, Viggo struggles with Vince Vaughn, even on the floor....until Julianne's boot slams into VV's face. It's a neat little addition, one that reflects the evolution of the female heroine as well as the bond between sisters. It just makes sense for Lila to stomp her sister's killer. 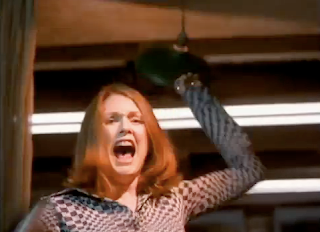 I also love the creepy touches in that final scene -- the taxidermy lab, with stuffed birds, formaldehyde, and Mother staring at the free-roaming fowl like she's at the park. It's the third time Van Sant steps away from the duplicate conceit, and it's no coincidence that each is signaled by the famous shriek of the violins. In his shower scene, Van Sant inserts shots of the cloudy sky, as well as visible, deep stab wounds in Marion's back. In the Arbogast scene, the P.I. gets sliced in the face several times before tumbling down the stairs, while images of hooded ladies and cows flash across the screen. That last one was more weird than anything else, but I got why. The original scenes are shocking, but we know going into the remake what to expect, so Van Sant uses other ways to unsettle us. Maybe they're cheap tactics, proof perhaps of the flaws in this experiment -- but I'm not about to blame him for trying.

I will blame him for the shorter length, though. The film is about four minutes shorter than the original, and one could say, "Oh, well they did whittle down the psychiatrist's monologue," but I noticed an alarming speed with which we got through some scenes. Philip Baker Hall's scene in particular felt rushed, and the final monologue happens way too quickly for my taste. To put it simply, the film just isn't suspenseful.

But how were Norman and Marion? These are, after all, two of the most recognizable, beloved, infamous figures in cinema. So where do Vince Vaughn and Anne Heche stand? 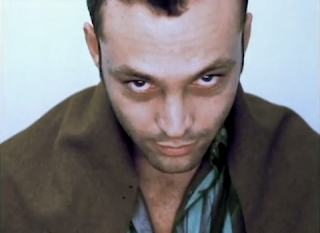 Well, that's where I think the movie loses it. Vaughn is actually pretty good as Norman, and I was surprised by how little he telegraphed the Crazy. I probably could have done without the obviousness of his o-face, but whatever. At least he was putting his own spin on the character -- while Perkins' boyishness was more reserved, Vaughn's is more playful, with an excited physicality and impish grin. Heche fares a little worse, I'm afraid -- she seems completely at a loss. The Bates Motel sequence is fine, but before, we get this jittery, off-putting performance that reads less "lady on the run" than it does "oh my god I shouldn't have had that second cup of coffee." A disappointment.

It's not perfect, but it's worth the watch, I think. Three out of five black cats. 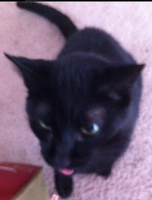 Sidenote: Remember when Ludacris used the Psycho music in one of his songs? This one: