Finally, the third and final section of my 1993 Retro Hollmann Awards!

I took a lot more time than I usually do with these -- blame it on the rare quality of films we got this year. Some of my choices changed up to the moment I hit "PUBLISH", and I reserve the right to feel differently in the morning. It says something about this year, though, that my winner kept changing, that my nominees were so difficult to choose, that I still feel like I slighted worthy choices -- Christina Ricci in Supporting Actress, say, or Richard Linklater in Director. Still, as they say: it is what it is.

The final awards for 1993 honor Cinematography, Sound, Song, both Lead Acting categories, and of course...Picture: 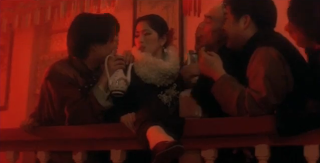 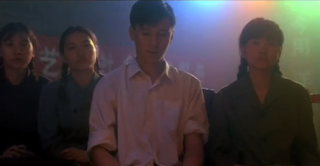 Fire in the Sky
Bill Pope

The Remains of the Day
Tony Pierce-Roberts 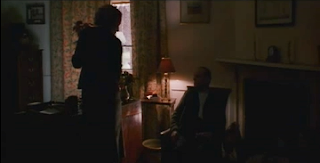 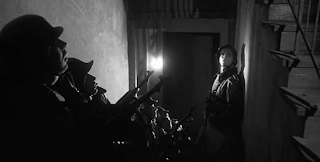 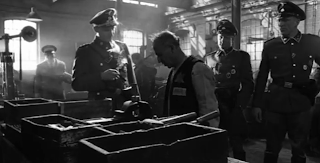 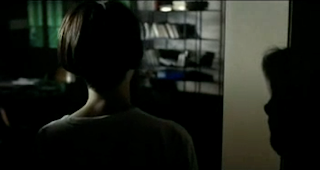 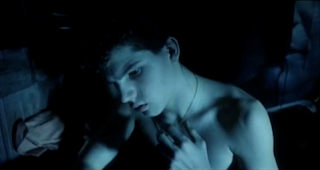 Jurassic Park
Richard Hymns, supervising sound editor
Gary Rydstrom, sound designer/re-recording mixer
Ron Judkins, sound mixer
Shawn Murphy/Gary Summers, re-recording mixer
Raptors go all tap-tap-tap! T Rex goes STOMP and ROAAAAAAR! That thing that eats Newman is all kk-k-k-k-k-k in the back of the throat and then all haaaaaaaaaaa as he SQUIRT SQUIRTs and the rain is all shhhhhhhhh!

Three Colors: Blue
Claire Bez/Bertrand Lenclos, sound editor
Jean-Claude Laureux, sound editor
William Flageollet, sound mixer
Zeroes in on the little things, like the wheel of a hospital trolley or the splash of a pool. Music comes in and out at just the right time, be it a recorder on the street or the music in Julie's mind.

John Pospisil, special sound effects
Shawn Murphy/Terry Porter/Greg P. Russell, re-recording mixer
Like I said, my mom loves that cat-alarm. I also like the "pop" of "I peeked behind the cyclops' eye!" And, you know, musicals should always make it here.

What's Love Got to Do with It
John Stacy, supervising sound editor
Arthur Rochester, production sound mixer
David Campbell/John Reitz/Gregg Rudloff, sound re-recording mixer
Angela Bassett sounds like she's singing live, yet many of the recordings are vintage. And boy do those smacks hit hard.

Surprising in context, but it fits rather perfectly. Trancey, hypnotic, timeless.

From my original post: "Resonates thematically -- Tom Hanks' Andy is a warm and lovable guy, and I think he's made peace with his inevitable fate, exiting without bitterness (though his moral outrage is, understandably, left intact). Pass the tissues."

Philadelphia
"Streets of Philadelphia"
Music and lyrics by Bruce Springsteen

From my original post: "Neil Young's song is a bittersweet yet tender embrace; this one, meanwhile, is a wandering lament....This is the City of Brotherly Love, yet if the residents had their way, [Andy Beckett] would be ignored. He would disappear."

One of my all-time favorites, a beautiful, bittersweet love song of what-won't-be. 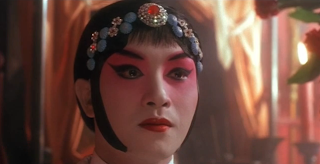 Rarely does he contort his face; instead, it's all very controlled, Dieyi having learned long ago to keep his emotions in check, knowing well that his voice carries more weight. It's what makes his rare flare-ups -- coming down from opium, screaming at Juxian in front of the Party -- so jarring. A wealth of hurt, desire, and resignation is behind those eyes.

Anthony Hopkins as Mr. James Stevens
The Remains of the Day

From my original post: "As butler of Darlington Hall, he can only imply everything: his concern for Lord Darlington, his affection for Miss Kenton, his own opinion of himself. It's agony to watch this self-repression, as he eschews all other things in order to be a Great Butler. Hopkins does it all with his face, with only quiet tweaks to his expression letting us know what's up." 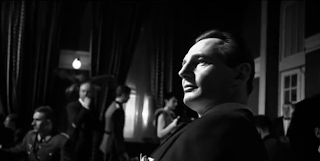 From my original post: "Neeson executes the arc almost imperceptibly, as Schindler goes from a money-hungry exploiter to a heroic savior. And Neeson does it without losing Schindler's smoothness, his ability to work a room. He's just so damn likable -- and, I believe, he genuinely likes Goeth and Stern both." 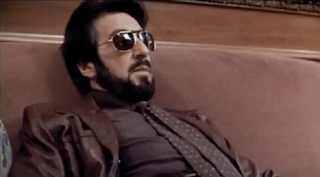 The anti-Tony Montana -- older, wiser, off drugs and keeping a low profile. I know it's no Dog Day, but it's still one of my favorite Pacinos, if just for that confident but probably self-deceiving way he dismisses Benny Blanco from the Bronx: "Not like me. Never like me!" That little lisp, that subtle Puerto Rican accent (as opposed to that kooky Cuban one from Scarface), the exhaustion in the face and body -- I imagine people mistook this for sleepwalking at the time, when it's actually a perfeclty-executed depiction of a man looking to retire.

Plays the snob so well, with excellent comic timing and a blankness that Flan seems genuinely unaware of. We feel for him when he yells how he can account for all of his life; he really can, you know. He doesn't think he's made mistakes, he's chosen well, and he hates for someone to think of him as anything but a caring, responsible yet obviously educated and distinguished older gentleman. That last dinner scene is genuinely heartbreaking. 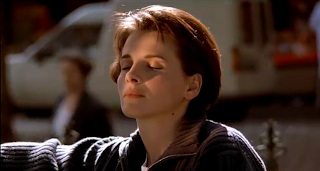 Gutting. Julie's exhaustion, reluctance to connect, moments of clarity, need for escape, all on Binoche's face. What more can I say? She is the movie!

From my original post: "Stockard Channing has an incredible ability to be simultaneously funny and revelatory, using every whip-smart line or bit of business to build her character and the arc. Her growing awareness that the fake junior Poitier may be the most significant thing to happen to her is almost imperceptible, yet so seamless is the performance that her outburst in the last scene is credible. It's not easy, I think, to transform a high society pseudo-intellectual into an open woman well aware that her journey is just beginning. It's a powerful performance." 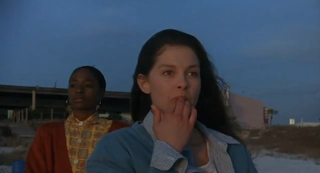 Judd gets to do voice-over, so it's not like we don't know what to think about Ruby's expressions. Still, you can tell in scenes without narration: she conveys everything wordlessly. And it's a toughie, too: Ruby's arc is not complete by the film's end, and the role is that of a young woman making baby steps to better herself after taking a huge step in the right direction. Judd sells us on her simultaneous strength and vulnerability -- was she ever better?

Emma Thompson as Miss Kenton
The Remains of the Day

From my original post: "Thompson [is] infallible, bringing her trademark warmth and dignity to the role of Miss Kenton. Affection is never directly declared, but you see it in her carriage. And you know she's not into Mr. Bell (at first), but oh, baby, it's what she needs! I love Emma Thompson. I love Miss Kenton, too." 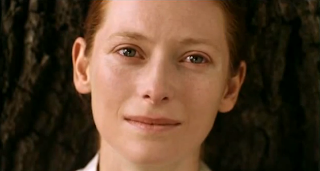 Effortlessly crosses from masculine to feminine -- though I suppose it helps that her male form is boyishly neurotic and naïve. Nails both the comedy and drama, often simultaneously. Tilda's androgyny has always been an asset, but here she's so believably male and female -- it's the perfect role for her.

Engrossing, as De Palma tends to be. It really is his more mature Scarface. Calmer, softer, exhausted -- but when it's time for action, the tension is unbearable. Love it!

Quietly operatic (I know!), shaded in grey, and a beauty to watch. There's a reason it's the most nominated.

I've always loved this movie. It's a perfect rendering of a life half-lived, of unspoken desires, of missed opportunities. Sad, yes, but so worth it.

It absolutely deserved its Oscar wins. It's not "important" -- it's important. And it accomplishes this with grace, surprising humor, and humility.

The one I've probably thought most about. It's a brisk, hilarious comedy of manners that hits the right emotional chords. That final scene is going to haunt me for a while.