Most people do a Top 10. Many others stretch it to a Top 25. I do both, usually ranking 25 - 11 and teasing the semi-finalists for my own Best Picture award.

But not this year. This year, The Silver Screening Room is stopping at 24. Why? The answer is simple: no film was worthy of taking that 25th slot. I know that sounds snotty, but it's true. I went through a number of titles in my head for the final slot, switching it out again and again not because of the quality of the other films, but because of the qualms I had with whatever fell into 25. And why make a list of what I consider to be the best if everything is asterisked with misgivings? No, in this case, less truly is more.

dir: Justin Chatwick
scr: William Nicholson, from the book by Nelson Mandela
cin: Lol Crawley
A film that recognizes the capacity for greatness in flawed people. I appreciated that we saw Mandela as the young womanizer; the desperate bomber; the great leader; and even the Mandela that won't turn down better lodgings from the government, even as his friends and comrades sit in prison. Madiba weren't no fool.

dir/scr: Richard LaGravenese, from the book by Kami Garcia/Margaret Stohl
cin: Philippe Rousselot
Surprising heart and humor elevated the latest Young Adult Fantasy flick. Of course, being the best of them all, it did the worst, and we will probably wait in vain for the sequels. That's OK. This one ends on the perfect note.

dir: Baz Luhrmann
scr: Baz Luhrmann/Craig Pearce, from the book by F. Scott Fitzgerald
cin: Simon Duggan
As I said before: "Of course I expected gorgeous design elements (hey, Catherine Martin, I see you!), cinematography, and actors (hey, Elizabeth Debicki, do more movies!). But among the surprises were Tobey Maguire's performance, the Gatsby intro, expert use of the green light, and Lana del Rey's haunting 'Young & Beautiful'."

dir: Chris Buck/Jennifer Lee
scr: Jennifer Lee, story by Chris Buck/Jennifer Lee/Shane Morris, from "The Snow Queen" by Hans Christian Andersen
Frozen does for the Disney princess what Skyfall did for James Bond, taking all the elements we've seen before and reinventing them in exciting and unexpected ways. I gasped at a character reveal, sobbed at a saw-it-coming-but-who-cares final twist, laughed unironically at a Josh Gad performance! Truly, Frozen is working some miracles. 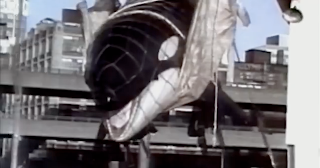 dir: Gabriella Cowperthwaite
I'm not a documentary guy, but this compelling look at the death of a trainer by a performing orca, and Sea World's subsequent denials and cover-up, devastated me. 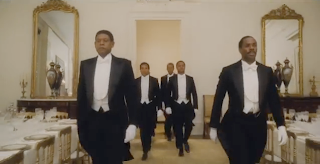 dir: Lee Daniels
scr: Danny Strong, from "A Butler Well Served by This Election" by Wil Haygood
cin: Andrew Dunn
Unevenly acted, and a tamer Lee Daniels than we're used to, but it hit all the right notes with a screenplay that I found rather refreshing. Finally, a film that gives two generational viewpoints on the Civil Rights Movement without condescending to either side, embracing both the righteousness of the movement and the somewhat greyer splinters of it. And at the center of it all: friends, families, people.

dir/scr: Richard Curtis
cin: John Guleserian
Yes, this is a love story, but it's not a romantic-comedy. The great sin of 2013 is the dismissal of this film, which beautifully captured the strength and consequences of family bonds -- husband and wife, father and son, sister and brother. Also, time travel.

dir/scr: Evan Goldberg/Seth Rogen, from the short "Jay and Seth vs. the Apocalypse" by Goldberg/Rogen/Jason Stone
cin: Brandon Trost
Just riotously funny. And if you wanna go deeper, I think it really nails the resentment of realizing your friend is moving on without you. As well as how completely awful a group of guys would be in an apocalyptic setting.

15. The Wolf of Wall Street

dir: Martin Scorsese
scr: Terence Winter, from the book by Jordan Belfort
cin: Rodrigo Prieto
Hilarious, but stuffed with moments that are jarringly depressing. Like the lady getting her head shaved for ten grand, desperately counting her cash even as bits of her hair cling to her scalp. Or a wedding singer belting "Goldfinger" during the First Dance.

dir/scr/cin: Shane Carruth
Like I said: "Give it a shot, please...It's kind of a miracle." 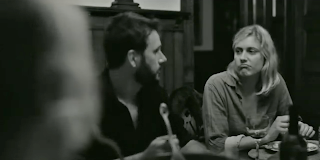 dir: Noah Baumbach
scr: Noah Baumbach/Greta Gerwig
cin: Sam Levy
To further quote what once I wrote: "the uncertainty of the future, need to run to an ATM during dinner, and feeling of not having your shit together as much as your best friend? I totally get where Frances is."

dir/scr: Nicole Holofcener
cin: Xavier Perez Grobet
Sometimes it's nice to go to the movies and recognize people, you know? Recognize the people as people, I mean, as someone you or your mom knows. Anchored by a funny and human Julia Louis-Dreyfus, and a surprisingly sexy James Gandolfini. 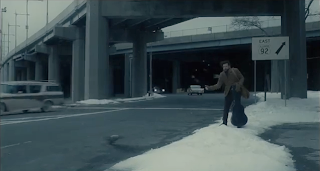 dir/scr: Ethan Coen/Joel Coen
cin: Bruno Delbonnel
All the way up here, yet I can't quite put my finger on why. Some movies just feel right, you know? And despite all the anger and cold and wet and blood and failure...I just want to wrap myself in this movie. Snug. 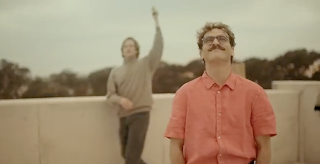 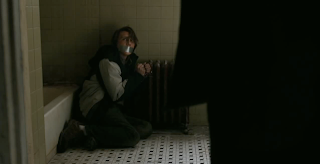 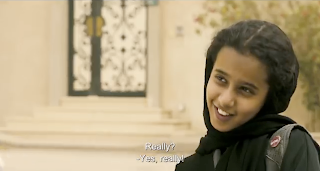