Dir: Mick Jackson
Scr: David Hare
Cin: Haris Zambarloukos
Sixteen years ago, the very existence of the Holocaust was put on trial as part of a libel suit brought against historian Deborah Lipstadt by the controversial alt-historian David Irving, known as a Holocaust denier and Hitler apologist. A timely film, this, as I'm sure anyone who got into Facebook arguments about what's news and what's fake news can appreciate. We can take the resolution of this trial for granted, but the fact that it happened at all is proof that we should not. And besides all that, I thought it an engrossing, solid film - from the director of The Bodyguard, of all things!

Dir: Nicolas Winding Refn
Scr: Nicolas Winding Refn/Mary Laws/Polly Stenham, story by Refn
Cin: Natasha Braier
Absolutely bonkers, this fever dream of LA, but accurately captures the city's weirdly insidious beauty. Is it weird to literalize everything that people say about showbiz - "it's cutthroat", "they'll eat you alive", "no, like, there are literal Neon Demons"? Yes, and they commit, so good on them. The off-kilter performances from Jena Malone and Abbey Lee seal the deal.

Dir: Jocelyn Moorhouse
Scr: P.J. Hogan/Jocelyn Moorhouse, from the novel by Rosalie Ham
Cin: Donald McAlpine
Like a strange marriage of To Wong Foo, Thanks for Everything, Julie Newmar and The Visit, an over-the-top, fabulously dark comedy with cross-dressing cops, slinky gowns, hunky Liam Hemsworth, and murder. I can see this becoming frequent viewing for wine nights with the girls.

Dir: Denis Villeneuve
Scr: Eric Heisserer, from the short story "Story of Your Life" by Ted Chiang
Cin: Bradford Young
This is a movie about the complexity of language, and therefore the complexity of our connections and relationships with others: co-workers, parents, children, spouses, aliens, situations both political and personal. That much you know because Amy Adams tells you in the trailer. But I wasn't expecting it to also be a movie about making choices that you know will lead to pain...and deciding it's worth it. Beautiful (though Jeremy Renner is saddled with one howler of a line at the end).

Dir: Paul Verhoeven
Scr: David Birke, translated by Harold Manning, from the novel Oh... by Philippe Djian
Cin: Stéphane Fontaine
Two hours of Isabelle Huppert side-eyeing everyone in the room. Wearily jerking off a lover. Not bothering to hide her disdain for her family members. Plotting the seduction of her younger, married neighbor. And there's also rape and mass murder. And it's all hilarious. A great argument for what Nathaniel Rogers at The Film Experience called "the actress as auteur."

Dir: John Madden
Scr: Jonathan Perera
Cin: Sebastian Blenkov
Delicious, if eventually ludicrous, but isn't it nice to see this kind of rah-rah filmmaking centered around an unapologetically ruthless woman? And every catalyst in the film depends on the women, with the exception of the judicial hearing that serves as the film's framing device - that execution is exclusively staged by old men threatened by the outspoken, unbending New Woman. Jessica Chastain draws blood.

Dir/Scr: Kim Jee-woon
Cin: Kim Ji-yong
South Korea makes a lot of movies about the Japanese occupation of 1910-1945, with the bulk of its focus being on the Korean Independence Movement of the 1920s. Few are as stylish, or as captivating, than this one. It helps that Song Kang-ho (my Best Actor winner for last year) anchors the film as a government agent who infiltrates and becomes sympathetic to the anti-Japanese faction. But through it all, too, is the underlying truth that one traitor screams - it will all be for nothing, there will never be a united Korea. No heroes in this one.

18. The Edge of Seventeen 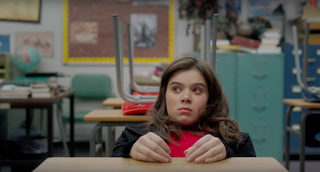 Dir/Scr: Kelly Fremon Craig
Cin: Doug Emmett
Rare is the film that accurately portrays the whiplash of insecurity and egomania that rules a teenage psyche, then complicates it with an element of grieving. Yet it's never disingenuous or cloying, it's always funny, and doesn't pull punches. Hailee Steinfeld carries it, creating a heroine who's even (or especially?) relatable in her most unlikable moments. And as for Hayden Szeto - I saw it in a theater full of high school girls, and could a hear a hundred crushes being launched.

Dir: Ron Clements/John Musker
Scr: Jared Bush, story by Ron Clements/John Musker/Chris Williams/Don Hall/Pamela Ribon/Aaron Kandell/Jordan Kandell
Frozen is about sisterhood. Zootopia is about living together as a community, differences and all. And Moana is about independence, finding that individual voice - and how that discovery is not just a boon to you, but to those you touch.

Dir/Scr: Barry Jenkins, from the play In Moonlight Black Boys Look Blue by Tarell Alvin McCraney
Cin: James Laxton
You've never seen this story before, one exploring race, masculinity, queerness, and class concisely, non-verbally. If the mark of true cinema is being able to track the story with the sound off, surely Moonlight more than passes the test, so attentive is the detail on each level. It really is the third act that makes this sing, with Trevante Rhodes and Andre Holland giving the best duet of the year. (I think Naomie Harris is miscast, though, apologies)

Dir: Theodore Melfi
Scr: Allison Schroeder and Theodore Melfi, from the book by Margot Lee Shetterly
Cin: Mandy Walker
It's so easy to make Good Guys and Bad Guys stories about segregation, but Hidden Figures knows that (a) progress is a victory, not the victory, and (b) just because they like you doesn't mean they're down with the cause. And let's not forget: someone finally made a quality starring vehicle for Taraji P. Henson, while also showcasing the further talents of Octavia Spencer, Janelle Monae, and, yes, Kevin Costner.

Dir: David Mackenzie
Scr: Taylor Sheridan
Cin: Giles Nuttgens
Do not ignore its troublesome look at an American Heartland slowly bleeding to death. Take stock, too, of its portrayal of two sets of brothers, one blood-related, one brought together by work, and the bonds they share. And thrill at the turns, the edginess of Ben Foster's performance, the quiet resolve of Chris Pine and Jeff Bridges, the ruthlessness of men on a mission. Taut.

Dir: Justin Tipping
Scr: Joshua Beirne-Golding/Justin Tipping
Cin: Michael Ragen
The Odyssey of a kid who wants to be a man, trying to prove himself by doing the very things boys do. Jahking Guillory is a major discovery, with a swagger and depth that belies his 14-year-old frame. Mahershala Ali has a small role as a drug dealer taking care of his momma, the first hint I had that this was going to be a big year for him. 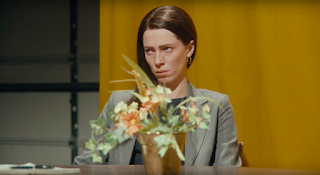 Dir: Antonio Campos
Scr: Craig Shilowich
Cin: Joe Anderson
Oh my gosh, I could just mute this and look at the design all day, it's so pukingly perfect in its 1970s sets and costumes and hair. The showcase is Rebecca Hall's titular performance, with wickedly droll line readings and an already chipped veneer barely disguising her growing mania. I think it's to her credit - and of course to Campos and Shilowich - that it doesn't feel exploitative, that you can't just her off as a sad case. She's completely relatable, a victim not just of her mental health, but of the times and the expectations of her gender.

Dir/Scr: The Coen Brothers
Cin: Roger Deakins
Look at that. How can you resist?