In this time of self-isolation, I find comfort in continuing my routine where I can. Work is suspended, the library is closed, and going to the movies is completely out of the question - so I blog. I watch oldies at home, I make sandwiches, and I blog. On Sunday, I'm beginning a series on the films of 1956, but today, I'm looking at 2020, and films that could be up for next year's Oscars. I know the state of cinema is up in the air right now, but there is an international crisis about us, so why not escape for a moment, play the role of pundit, look into the crystal ball and see if we can foresee what titles will tale the stage of the Dolby Theater next winter?

I did take current events into account on a practical level, and so, with one exception, everything here is already listed as being in post-production. Too, I considered general tone: considering how dour this year's events have already been, expect a lot of Triumph of the Human Spirit. 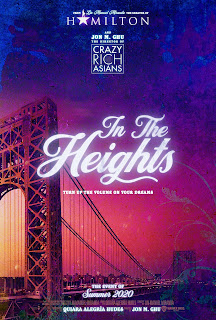 Ammonite is the fact-based story of a sapphic-tinged friendship between fossil hunter Mary Anning and geologist Charlotte Murchison; perhaps Portrait of a Lady on Fire laid the groundwork? The Humans is the adaptation of the Tony-winning drama about familial fractures on Thanksgiving. In the Heights is the highly-anticipated adaptation of the Tony-winning musical about the American dream in the mostly Latinx neighborhood of New York's Washington Heights, from superstar songwriter Lin-Manuel Miranda. King Richard is a biopic of Venus and Serena williams' father, who coached them starting from the age of four. Mank is a biopic of Citizen Kane screenwriter Herman J. Mankiewicz. Minari is the Sundance drama about a Korean-American family that moves to Arkansas in the 1980s. Operation Mincemeat, the only film still listed on IMDb as filming, is the true story of how British Intelligence used a corpse to full the Nazis; the story was previously filmed in 1956 as The Man Who Never Was. The Trial of the Chicago 7 is the long-awaited, oft-delayed, finally-happening true story of seven revolutionaries tried for conspiracy after the Chicago riots of 1968. The currently-untitled film of Fred Hampton follows the Black Panther leader up to his assassination, the result of conspiracy between the FBI and Black Panther member William O'Neal - I suspect if that film has the goods, it will be the cause celebre among the Twitterati. West Side Story is Steven Spielberg's remake of the 1961 Best Picture winner, adapted from the Tony-winning musical. 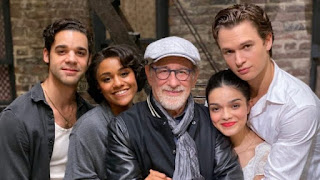 I do think if this COVID-19 rigmarole continues for a long time, films like In the Heights and west Side Story will be seen as welcome relief/release - Chu is a talented director who just needs the right project to enter the club; Spielberg is a two-time winner already. But we still love a narrative, and Fincher and Sorkin both have that: Fincher is directing from a screenplay written by his father about the under-sung hero behind the greatest American film ever made, while Sorkin is making his second directorial effort on a film that he has been waiting for others to film for almost 15 years. And then there's Green, director of the acclaimed indie Monsters and Men, who may find himself in the conversation thanks to (a) his talent, and (b) ...well, read on for (b). 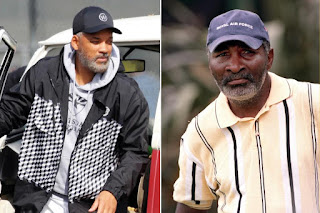 It's April, so I can make crazy predictions like: Will Smith is winning his Oscar this year. On paper, at least, it looks perfect: genuine movie star and two-time nominee, meaty role in a biopic...the "he's due" narrative will absolutely come up. His biggest threats are probably Gary Oldman as celebrated screenwriter Mankiewicz and Anthony Hopkins, who's already getting buzz as a man going through dementia, a role that Won Frank Langella the Tony. The charisma and energy of Usnavi is, I think, key to In the Heights working - if it's in, Anthony Ramos is in. And how long will the Academy be able to ignore the cries for Steven Yeun?

Adams may find herself nominated, and winning, out of sheer exhaustion - or she may not end up here at all! Ana de Armas is the current It Girl, it seems; whether she winds up in for erotic thriller Deep Water or pseudo-Marilyn drama Blonde is anyone's guess - I favor the former because...well, because more can go wrong with Blonde. Virginie Efira is the titular star of Paul Verhoeven's lesbian nun drama, and while both the director and the subject matter are not usually up Oscar's alley, this category tends to be open to foreign language performances - Emmanuelle Riva, Marion Cotillard, and, of course, Isabelle Huppert, nominated for Verhoeven's Elle. Jennifer Hudson in Respect is as perfect on paper as Renee Zellweger in Judy, so don't knock it yet. And we got to have a Best Picture nominee somewhere...Kate Winslet, heyyyyyy! 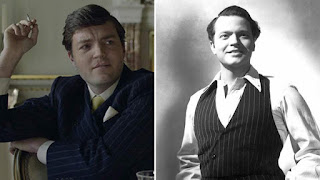 
It's tough to pick out individuals from the large ensemble of The Trial of the Chicago 7 - hell, we don't even know who's getting categorized where! Sorkin's never been the hippest cat, though, so I'm assuming Mark Rylance's attorney is our lead, everyone else is supporting, and the standouts are Sacha Baron Cohen as defendant Abbie Hoffman and Frank Langella as Judge Julius Hoffman - no relation. Playing Orson Welles has led many an actor to Oscar buzz and no nomination - perhaps Tom Burke will be the lucky one. Jimmy Smits is singing and dancing in In the Heights, plus he's a beloved veteran actor in a category that loves them. The Fred Hampton bio sounds like it has two leads: Hampton (played by Daniel Kaluuya) and his Judas, William O'Neal, played by Lakeith Stanfield; right now I'm counting on Stanfield to be pushed supporting (which he may be!). 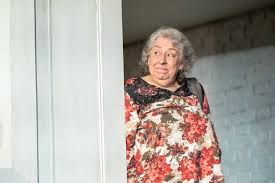 Two women from Hillbilly Elegy, both waiting for their first Oscar after several nominations, seems too perfect. So what? Close is overdue. Everyone else is waiting for their first nomination: Jayne Houdyshell, reprising the role that won her a Tony; Kelly Macdonald, the only lead female in a World War II drama; Olga Merediz, reprising the role that got her nominated for a Tony; and Fiona Shaw, an actual lesbian in a lesbian drama playing fossil collector and paleontologist Elizabeth Philpot.

Last Year: 0/5 (though, in addition to the above Theron, I also foresaw Laura Dern for Little Women - right actress, right movie, but not right actress/right movie) 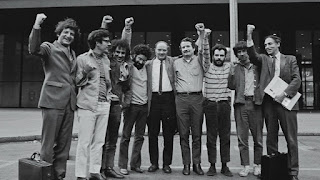 Email ThisBlogThis!Share to TwitterShare to FacebookShare to Pinterest
Labels: 2020, Ammonite, In the Heights, King Richard, Mank, Minari, Operation Mincemeat, Oscars, The Humans, The Trial of the Chicago 7, West Side Story