Very successful purchase day at Best Buy. I took pics (because I am a proud papa), but it was with my cell and the ceiling light had to be on. Apologies in advance for out-of-focus shots and glares. 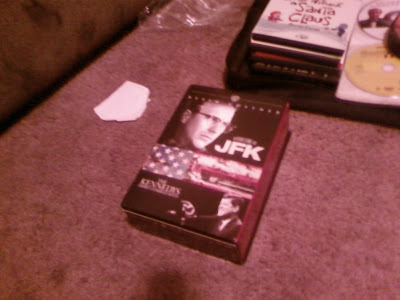 The box, pre-opening. So happy am I to have this at last. 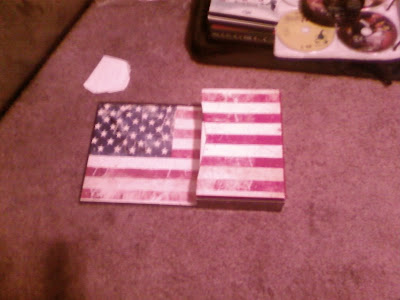 Annnnnd that's what it looks like when you open it. 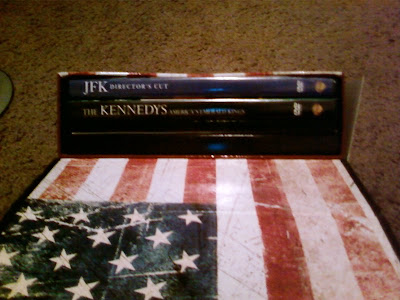 Two DVD's, a book, an envelope, and a folder. Sweet. 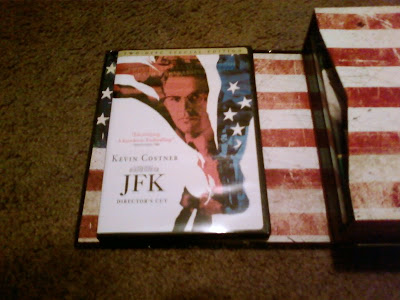 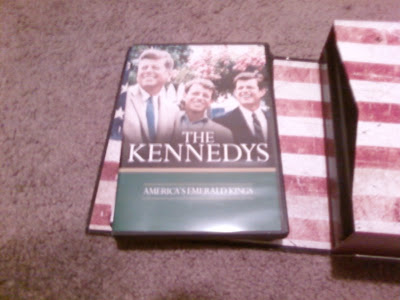 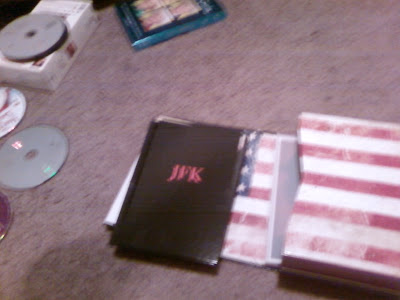 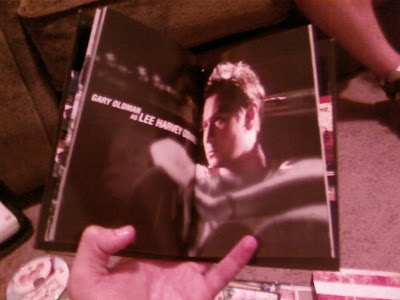 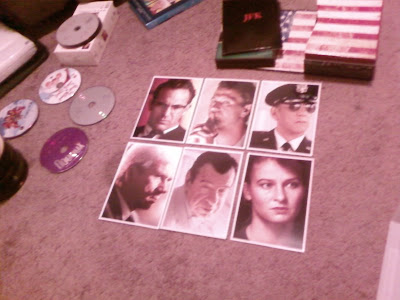 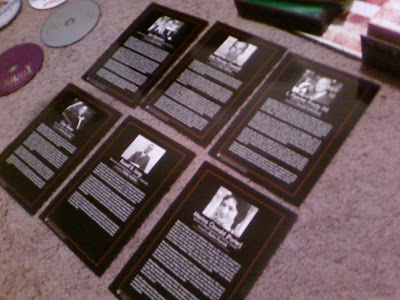 The reverse of each pic: photo of actual people that inspires their respective characters, plus bios. Which is, you know, great. 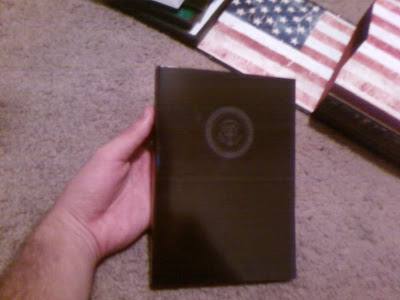 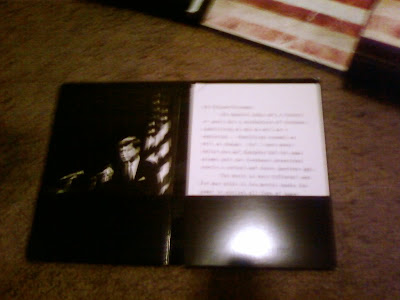 In the folder: pics on the left, documents on the right. 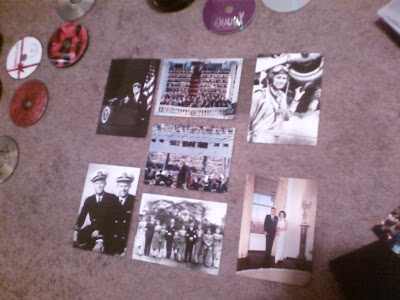 Seven photos that came in the folder. There's at least twenty of these. It's awesome. 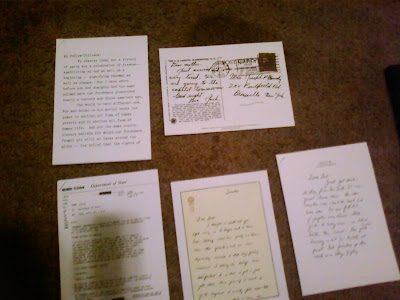 Also in folder: correspondence to and from Kennedy himself. 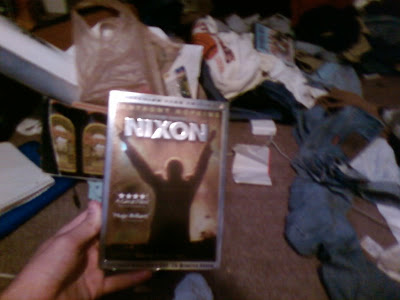