In this piece on Hollywood Elsewhere, Jeff Wells assures that The Weinstein Company's only hope at an Oscar nomination for Inglourious Basterds lies in Christoph Waltz's terrifying, amusing portrayal of Col. Hans Landa, aka The Jew Hunter. "Tarantino's screenplay hasn't a prayer of being nominated for Best Original Screenplay," he says, citing "that damn baseball-bat/brain-matter scene" as a major deterrent for the over-50 crowd. (Never mind that past Original Screenplay winners include Fargo (wood chipper), The Usual Suspects (opening and climax), and Tarantino's own Pulp Fiction (Phil Lamarr in the backseat of the car).)

Many HE readers call Wells crazy, of course, citing not only screenplay, but also Cinematography, Editing, and Production Design as sure contenders. Which is all well and good. Certainly, Tarantino's latest is a deserving nominee for all these categories. But I cannot believe that none of them have mentioned the one "technical" aspect of the movie that stands out above and beyond the rest: 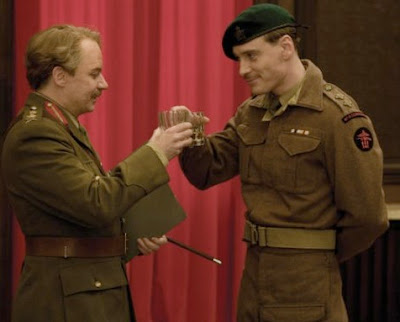 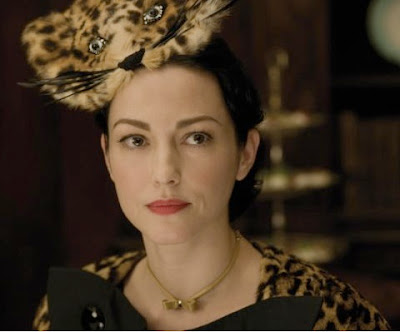 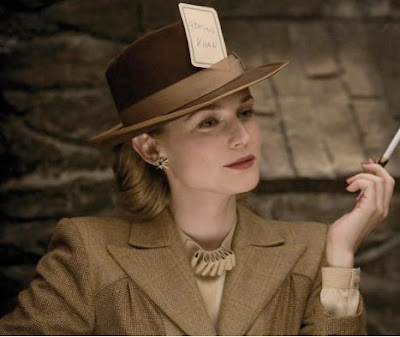 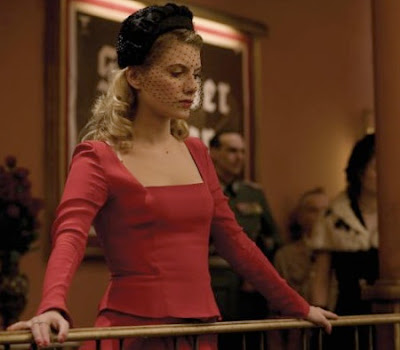 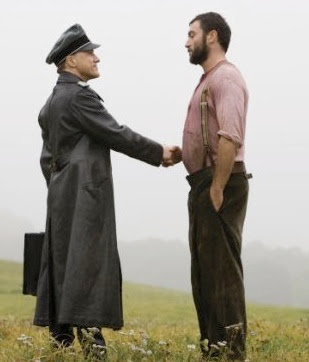 FOR YOUR CONSIDERATION
Anna B. Sheppard, Costume Design