The Year-End Top Ten is rightfully revered. It's more than just a list of films that you liked: it's a reflection of who you were in a given year. What was it about 2009 that led me to Public Enemies, Fantastic Mr. Fox and (500) Days of Summer? Certainly it was pure love with the first, but what I was going through that year certainly informed my opinions on the other two.

I always think it's interesting to go back and see what one was into the year before, and why that might have been. Take last year for instance:


Public Enemies
Fantastic Mr. Fox
(500) Days of Summer
Bright Star
A Serious Man
Julie & Julia
The Princess and the Frog
Up in the Air
Easy Virtue
Jennifer's Body
I've always been into human relationships, of course, but love stories absolutely dominated last year, whether unrequited (Jennifer's Body), committed (Fantastic Mr. Fox, Bright Star, Julie & Julia), broken ((500) Days of Summer, Up in the Air, Easy Virtue) or Disney (The Princess and the Frog). I didn't realize it at the time, of course, but looking at it now, it's obvious.
This year, I have no idea what trends, if any, appear. I don't know what they say about my state of mind in 2010. All I know is this: these are the films that touched and tickled me, appropriately and sometimes naughtily, in 2010. In alphabetical order:
Black Swan
(Number Four on 25 Most Anticipated)

Sexy, psychotic, operatic, horrifying. Natalie Portman and Darren Aronofsky create a literal danse macabre together, and it is beautiful.
Easy A 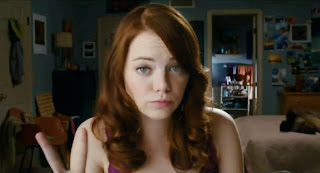 Emma Stone is hilarious in a star-making turn as Olive Penderghast. The genuinely witty screenplay helps, of course, as does the great supporting cast. I can honestly say this was the most fun I had in a theater all year.
The Fighter
(Number Ten on 25 Most Anticipated)

How can a movie give us such frustrating characters like Alice and Dickie and still get us to sympathize with them? How can it get career-best work from an ensemble of already strong performers? How can it keep me on the edge of my seat even when I already know the ending? Impressive.
For Colored Girls 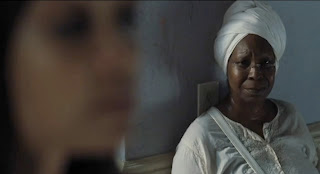 Tyler Perry finally dials it down and makes a genuinely great film, though with a few caveats. But as I said yesterday, there's a beauty to some imperfections. Perry's film delivers on cinematography, production design, costumes and directing (!!). Oh, and of course, there's the strong ensemble of actresses, including formerly dull Thandie Newton not only turning in a good performance, but delivering one of the best of the film.
I Am Love 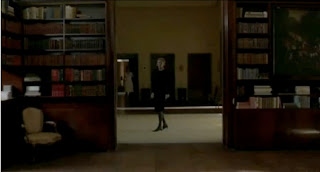 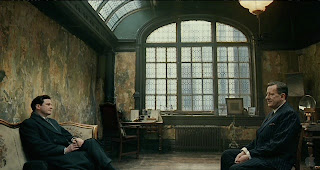 Yeah, yeah, it's another movie about the royals, but it's more than that: it's a fish-out-of-water/buddy flick, with Geoffrey Rush's Australian commoner helping Colin Firth's British king overcome his crippling stammer. Inventively-shot, wittily-written, subtly-acted, The King's Speech is a genuine crowdpleaser.
Mother

I saw something profound and haunting. That last shot... That scene with Keira Knightley in the bedroom... Charlotte Rampling's last scene... The boat... The score...
Scott Pilgrim vs. the World
(Number Eleven on 25 Most Anticipated) 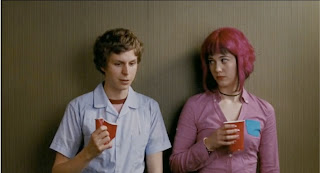 I like it more and more every time I see it, and that's going on four times now. Not just a great sense of fun, but a poignancy is there. I tear up every time those opening chords to "Ramona" play. And I'm sorry, anyone who says this is the same old Michael Cera isn't watching the movie.
The Social Network
(Number Sixteen on 25 Most Anticipated)

Seriously, who knew a movie about Facebook would be this interesting, this masterfully-made? It's the story of my generation, of friendship betrayed, love lost, the cost of the American Dream. And the main cast are all under 30. Ha! Awesome!
Posted by Walter L. Hollmann at 3:38 PM

Email ThisBlogThis!Share to TwitterShare to FacebookShare to Pinterest
Labels: Black Swan, Easy A, For Colored Girls, I Am Love, Mother, Never Let Me Go, Scott Pilgrim vs the World, The Fighter, The King's Speech, The Social Network, Top Ten

I'm glad to find someone who also found Easy A worthy of their Top 10. Out of the films I actually saw, I agree with your list.

Oh man I love your top 10. I feel like we're going to have a couple in common ;) I just rewatched Scott Pilgrim and it is just as wonderful and amazing and epic as always. Gah that ending! So wonderful!

I can't say 2010 has really had that many knock-out films. For me, a lot of good, but not great films by the best directors this past year.

If you're still into human relationships and love stories on film, you might want to check my top 10 films of 2010, there are a few gems.

Cera really was a revelation for me, and god knows Scott Pilgrim made me laugh the loudest this year and for THAT I'm especially grateful.

I can breathe now! On the whole a fine list Walter... I think I will enjoy "The Fighter" and "Easy A". I would not have given "Scott Pilgrim" serious consideration, but now I will have to take a look .

GOOD FOR YOU--for mentioning "I Am Love" and "Never Let me Go".
"Black Swan" and "King's Speech" would have made the list in any year.

(Your mention of an under-30 cast reminds me of eons ago when I was championing "American Graffiti"...)

I like what I've seen of these... but Never Let Me Go left me with a weird taste in my mouth. Pretty sure that was the intention, so that's fine. Haven't seen the Fighter yet, but I really really want to. Soon. I like that we still agree on so much after a couple years at sea.

Robert: I actually feel my soul soar during the countdown...