I do sometimes take requests, and this was one that I could not resist. Though I already cast James Hilton's classic novel Goodbye Mr. Chips, our friend Tom challenged me to recast the musical version. Released in 1969, the musical version starred Peter O'Toole (in an Oscar-nominated performance) and pop singer Petula Clark. I was going to respond that the actors I chose could sing already, and I might have left it at that, were it not for a chance screening of this very version on TCM. Hey, it was a chance to cross another film off ym list, so why not?
As my sister remarked when I described it to her later, "That sounds nothing like the book." Indeed, it isn't. Beginning in the 1920s, the musical version picks up with Mr. Chips as a veteran teacher, used to the idea of the boys dislking him. Well, all right, he was stuffy in the original, too. I wondered what Staefel would get to sing, and if Ralston was going to show up, and---
Oh, whoa, wait a minute. The first surprise was the appearance of women on the school grounds. The original made a point of Katherine being this young, vivacious, feminine spirit in a world completely sans women (except for the sexless Mrs. Wickett). Yet already we had the headmaster's wife as a major character. Fine, I get that. The story's been updated, it's only natural to want to bring in another woman. How much longer until Staefel and Chips go to Austria and he meets Katherine?
What the what??? In this version, Katherine is a music-hall singer, the girl who shows up to sing the show-stopping tune and then gets to go to all the fun parties. One of Chips' younger colleagues takes him to a performance, for he is smitten with the girl. They all dine together, but Chips' frankness means he and Katherine do not hit it off. By coincidence, though, they meet while on holiday...IN POMPEII!!! There they fall in love, and eventually get married, and it's the story as usual.
Incorrect. Whereas the novel and original film focus on Chips' career, this is about the great romance that both previous versions insisted changed his life. Here, we get to see that great change, as he warms to everyone, and his students go from singing about how much they dread his class to demanding he be made headmaster. Katherine also has to acclimate herself to life as a schoolteacher's wife, since the more conservative staff and parents do not approve of her past life or her friends -- among them your typical boozy, witty actresses based on Tallulah Bankhead and played by Sian Phillips.
If you can separate yourself from the previous ncarnations, you should enjoy it. Though a bit slow-going at times -- I feel like they excavated Pompeii in the time it took to get through those scenes -- it's got some beautiful songs, a winning performance by Petula Clark, some real touching and heartbreaking moments, and a strong turn by O'Toole. I like especially how much darker this Chips was. This wasn't the well-meaning, "Pip-pip-cheerio" old man of Donat, but a cynical, more morose incarnation that really brightens up when he falls for Katherine. There's much more commentary on the class system -- the students at Meadowood come from families that would never dream of having a teacher in the family, much less a chorus girl. And there are dance numbers.
Naturally, it was irresistible to me. A film I enjoyed but still had some flaws? Aren't almost-great films the one most in need of a remake, the ones who need a second going-over so that their greatness can be fully realized? And isn't the cast the perfect place to start?


THE HEADMASTER'S WIFE
Who is She: ...come on. She's a snobby woman who doesn't take to that common woman Chips married.
Originally played by: 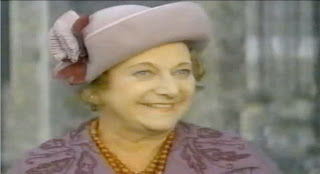 Allison Leggatt (The Day of the Triffids, Far from the Madding Crowd)
My Choice: 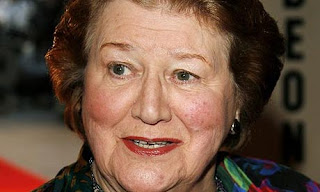 Patricia Routledge (To Sir with Love, "Keeping Up Appearances")
One of those immensely talented comic actresses that I grew up watching, only to wonder whatever happened to them. Routledge does stage work, but she perfected middle-class snobbery as Hyacinth Bucket in "Keeping Up Appearances".
MAX STAEFEL
Who is He: Mr. Chipping's best friend at the school, an intelligent German who takes Chipping with him on holiday to Pompeii. When war breaks out, he returns to Germany to fight for the Fatherland.
Originally played by: 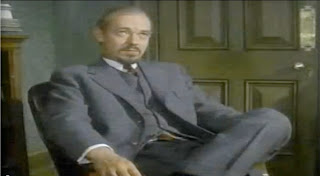 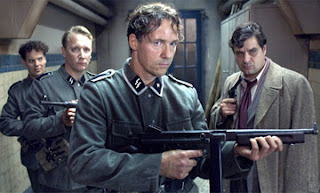 Thom Hoffman (Dogville, Black Book)
THE HEADMASTER
Who is He: ...come on. Likes Mr. Chips, taps him as the replacement for when he retires.
Originally played by: Academy Award Nominee for Best Actor (Mourning Becomes Electra), BAFTA Award Nominee for Best British Actor (The Night My Number Came Up, Time Without Pity) 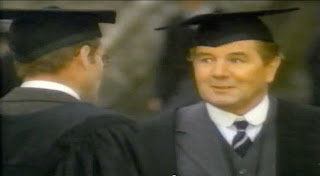 Michael Redgrave (The Browning Version, The Dam Busters)
My Choice: 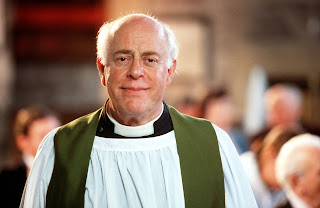 Clive Swift (A Passage to India, "Keeping Up Appearances")
He played Routledge's husband, the ever-patient Richard, on "Keeping Up Appearances". He's fairly versatile, though, and has appeared in a number of comedies, dramas, thrillers, epics, etc. I'd love to see him and Routledge together again.
LORD SUTTERWICK
Who is He: Father of one of Chipping's students, Sutterwick is giving money to the school for new playing fields. Alas, he recognizes Katherine from her showbiz days, and threatens to pull out both his money and his son unless Chips is canned. Little does he realize that Katherine knows a thing or two about his past...
Originally played by: 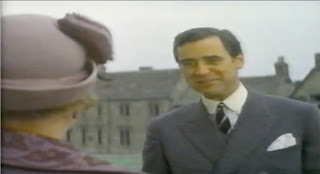 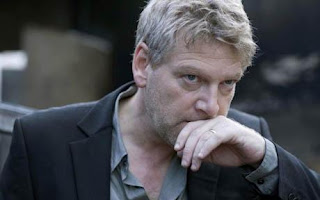 Kenneth Branagh (Pirate Radio, My Week with Marilyn)
Not that he should be typecast as stuffy, stiff upper-lip types...but he's great at it. Maybe he could actually bring some humor to the role as well. Baker was so...colorless.
URSULA MOSSBANK
Who is She: A boozy, diva-licious stage star and friend of Katherine. Loud and unaware, Ursula thinks Chips is another actor, and so gladly invites him to her parties. It is Ursula who shelters Katherine when she runs away from the school, and it is Ursula who played a part in Lord Sutterwick's past.
Originally played by: Golden Globe Nominee for Best Supporting Actress (Goodbye Mr. Chips) 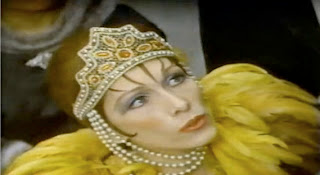 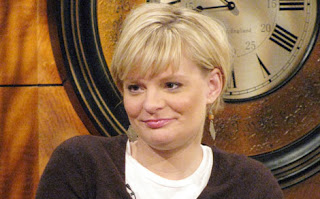 Martha Plimpton (The Goonies, Mrs. Parker and the Vicious Circle)
Plimpton's brief appearance in Mrs. Parker and the Vicious Circle showed a vivacious spirit who comfortably wears period flapper garb. Over the years, she's shown herself to be a gifted comedienne and dramatist, a gal who clearly knows how to have a good time while excelling at her craft. To see her playing a tipsy thesp would be fabulous.


KATHERINE BRIDGES
Who is She: A music-hall star who meets Mr. Chipping at the Savoy, where he says the wrong thing. Then she meets him on holiday in Pompeii, where she says the right thing and become inseparable. When they return to England, neither fits into the other's world...but they love each other, and their marriage is a joyous one.

[at 1:10]
Anne Hathaway ("Get Real", One Day)
Not only does she boast some incredible pipes; Oscar night proved that she's quite the showman, as well. Katherine is BIG, but she's also a nice, sweet girl. Hathaway can go BIG, but she can also be the nice, sweet girl. Can she do an English accent, though? Hm...


ARTHUR CHIPPING
Who is He: A stuffy, middle-aged schoolteacher. He meets Katherine at the Savoy, where he unwittingly insults her show. Luckily, they run into each other in Pompeii, of all places, where he educates her on the history and mythology of the area. They somehow fall in love, and it is from her that he receives the nickname "Mr. Chips". With her help, he goes from hated, strict schoolteacher to beloved, humorous standby.

Songs:  Where Did My Childhood Go, What a Lot of Flowers

Colin Firth (Valmont, The Importance of Dorian Gray)
I thought he was quite good in Mamma Mia. He's no Pavarotti, but he has a capable voice, certainly more melodic than O'Toole's. And he is an Oscar-winner, after all. Forgive me for joining this bandwagon, but it's a worthy one.

You have outdone yourself my friend...Hathaway and Firth are PERFECT modern counterparts for Clark and O'Toole!! I would DEFINITELY line up to see your version. And Kenneth branagh would be perfect in this film...

Was wondering how you would fill the Sian Phillips role, and Martha Plimpton is a great choice.

(Phillips,I think, was married to Peter O'Toole then. Can you see our friend (and Firth's "spouse") HBC as the boozy actress?)


By the way, I laughed so hard when you cited as one of Allison Legatt's film credits "Day of the Triffids"...one of my guilty pleasures!

You really "got" this version of "Chips"--I'm impressed.