I am so excited to have finally finally FINALLY gotten a hold of Seance on a Wet Afternoon so that I could finish this! Thanks to my roommate, whose recent decision to get Hulu Plus put the movie right in our laps. Or on our television screen. Or, you know, whatever.

Mais first, a little chat about this category, because I do love this category so. One of the most famous tales told of this year is how Audrey Hepburn, star of Best Picture winner My Fair Lady, lost in a shocker to Julie Andrews for Mary Poppins. Of course, like many legends, it's one steeped in a lot of misconceptions and misunderstandings. For one thing, Hepburn wasn't even nominated. For another, while the film was a hit, Hepburn and many critics felt that she was dreadfully miscast in the role -- she was already 33 when cast as 21-year-old Eliza Doolittle, and her howling, screeching performance in the first half embarrassed her (she's very wrong, it's one of her best performances because it's so opposite her usual usual). Of course, we must also remember that Andrews created the role in London and on Broadway, and there was a lot of bad feeling when Warner Bros. didn't even audition her for the film. Sympathy for Andrews, ambivalence towards Hepburn, and the qaulity of Mary Poppins itself led to one of the most legendary Oscar wins in history.

But then there are four other nominees: Sophia Loren in the Italian-language Marriage Italian Style, a wonderful comedy that loses steam in its final third; Anne Bancroft in the English character study The Pumpkin Eater, Andrews' main competition for the prize; Debbie Reynolds in the movie-musical The Unsinkable Molly Brown; and American theatre legend Kim Stanley in the independent suspense drama Seance on a Wet Afternoon, a performance as highly-acclaimed today as it was then. And the end, there's only one thing that matters in these blog posts...after your own reactions of course. And that is: what does Walter think of it all? 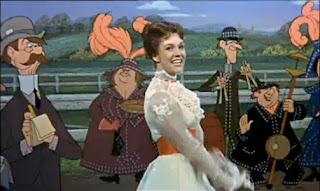 Julie Andrews in Mary Poppins
*****
Andrews really is "practically perfect in every way". Her characterization of Mary is sweet without being nauseating, somewhat impish, surprisingly stern, a lot of fun. The way she just waltzes in and takes control as though she were lady of the manor is amusing and telling -- she may be a magical, mischievous nanny, but she is the boss. I love the way she resists Bert's suggestions of frivolity, only to give in and be the happier for it. Andrews also has to show affection for both Bert and the children without outright stating it, and you can see this subtly done in a number of scenes, most notably in the entire chalk sequence and "Stay Awake". Good thing, too, because otherwise that ending with the umbrella is meaningless. 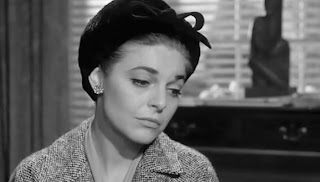 Anne Bancroft in The Pumpkin Eater
**
The film has a promising screenplay and great performances from Peter Finch and James Mason. I give it that. I suppose I can also see where Anne Bancroft's performance as a self-destructive baby factory (how many fucking kids does she have? 23?) could be called subtle. But I would call it anemic and repetitive. Admittedly, the promise in the script does not extend to the characterization of its lead, so Bancroft is only called to run through the gamut of jealousy and anxiety over and over and over and over.... Couldn't she at least change up the expression once in a while? She's quite effective in the beginning, in scenes with Maggie Smith, at the party, and with James Mason. If only there was more! 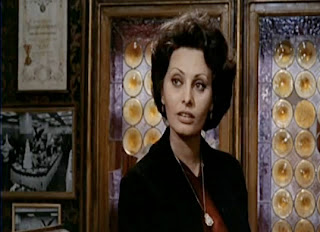 Sophia Loren in Marriage Italian Style
****
Whoa, whoa, whoa! Such a funny, sexy, complex performance I did not expect! Loren is obsessively in love with caddish Marcello Mastroianni, who's kept her as his mistress for twenty years. She is adorable in the flashbacks, heartbreaking in the present, and unbelievably beautiful throughout. Ah, but she is also not afraid to grey it up, go without makeup, age herself as her character ages. As she lays dying at the film's beginning, you've never seen such a sad, sickly creature in your life. The script gets repetitive in the last third, insisting she intone again and again, "You will never know." It's to Loren's credit that she can vary it as much as she does. What an incredible performance!

Debbie Reynolds in The Unsinkable Molly Brown
***
The film chronicles Molly Brown's rise from ill-mannered mountain girl to toast of the town/survivor of the Titanic. Reynolds illustrates this change by giving us two Molly Browns: a screeching banshee that should have been drowned at birth, and a refined lady with emotions (!) subtly conveyed (!!). If you can get past that first act -- and if Harve Presnell managed it, so can you -- you'll be rewarded with a not-too-shabby performance in an all right film. It's not earth-shattering, but she gets the job done. 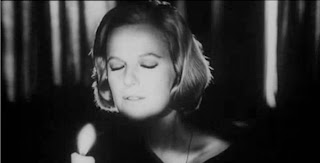 Kim Stanley in Seance on a Wet Afternoon
*****
One of those terrifying performances so disturbingly layered you can't separate the person from the performance. Stanley is Myra Savage, a psychic who so believes in her powers but is unsatisfied with her modest, weekly seance circle with the same gullible old biddies. She hatches a plan to kidnap a child and use her "psychic" powers to aid the police, insisting the whole time to her weak husband that the plan is actually the mysterious Arthur's. And Stanley plays this terrifying woman with such conviction that you believe the filmmakers have caught a madwoman on film. Myra believes completely in her brilliance and abilities, knowing she's far too smart to get caught or make a mistake. Stanley uses a soft, childlike tone as Myra, which already makes her sound like a screw loose. Then the way she suddenly takes charge of a situation with her eyes is intimidating. And, of course, the final seance scene is masterful, one that makes you question sanity, reality and the supernatural. Bizarre and brilliant.

Um, I know this is rare, unheard-of Oscar trivia, but did you know that Julie Andrews won the Academy Award? Just checking. Of course, I love The Poppins to bits, but I must say I'm tempted by another....and so it is that I award the Oscar to: 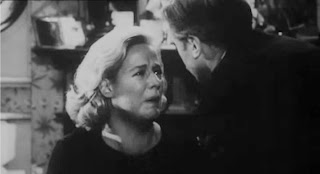 KIM STANLEY
for
SEANCE ON A WET AFTERNOON
crazy, creepy, and all too human
Posted by Walter L. Hollmann at 3:33 PM

What a great category...you covered it SO well, too...

When Andrews won a Golden Globe for "Mary Poppins", she thanked Jack Warner for making it possible. Awesome. She created an unforgettable character in "Poppins"...and I think she would have won as Eliza, too, had she landed that role. It was simply Andrews' year.

Kudos to you for your effort to see Kim Stanley and "Seance...", a truly unsettling film. I don't blame you for your choice here. Her unbalanced character was striking, especially to voters who remembered her as the wise narrator and adult voice of Scout in "To Kill A Mockingbird"!

Reynolds acted her heart out and performed her numbers well. I sometimes am amused to consider how Kathy Bates' "Titanic" interpretation of the same character would play here!

Anne Bancroft was hugely popular in the '60's, which might account for her nomination here. I think her finest hour was yet to come, in 1967!

Walter, I loved your observations on Sophia Loren. Do yourself a favor, and watch "Two Women", her 1961 Oscar role. I was devastated by her final 10 minutes in that film.