Why Will Smith May Benefit from the Jane Fonda Rule

I am giving my full Oscar predictions tomorrow, but I want to talk about Best Actor right now. Actually, I want to tell you why I'll be predicting Will Smith for Concussion to be among the nominees.

I call it The Jane Fonda Rule. 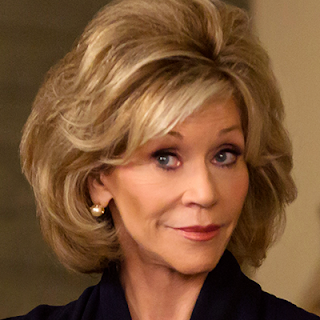 Jane Fonda, in case you didn't know, is a two-time Oscar winning actress, Academy Member, blogger, and Tweeter. And it's as a blogger and a Tweeter that she has stumped for certain films and performances over the past couple of years.

CHECK IT OUT AFTER THE JUMP.


Her first "in praise of" post was in 2010 -- but it was after the nominees. Still, she takes time to praise Michelle Williams in the little-seen, barely-made-it-in Blue Valentine.

I also got another chance to tell Michelle Williams, again, how fantastic she is as an actor. Always, but especially in Blue Valentine.

There's more solid evidence in 2011, in a post where she named her "must-see" movies and performances of the year.

Here are this year’s films I think are “must-see:” “The Descendents“, “Money Ball“, “Hugo“, “The Artist“, “Midnight in Paris“, “The Help” and “Bridesmaids“. There is also the Iranian film, “A Separation“, which I found important and profound....Performances that are amazing though not in these pictures include, in my opinion, Meryl’s, Glenn Close’s, and Michelle Williams.


It's worth noting all the performances got in. Hell, Streep won, and while it was a sorta-surprise for many (I was among those who expected SAG Awards champ Viola Davis to take it), Fonda called it her best since Sophie's Choice. Of all the must-see films, Bridesmaids missed out on a Best Picture nod, though it was up for Best Original Screenplay. The "important and profound" A Separation was also up for Best Original Screenplay, and won Best Foreign Language Film.

Flash-forward to 2012. Django Unchained was a divisive film for many -- Fonda, fortunately, was on the right side, praising the film for its spaghetti western take on the pre-Civil War South; it was eventually nominated for Best Picture and won Best Original Screenplay. Yet Tarantino was not nominated for Best Director. A hole in the Fonda Rule? No, ma'am -- she saved her highest praise for David O. Russell, director of Silver Linings Playbook.

My new dream is to work with him. I love all his films which, besides “Silver Linings,” include “I Heart Huckabee,” and “Three Kings.”


Up until the Oscar nominations, his only precursor nod was from the Broadcast Film Critics' Association -- yet he found himself with an Oscar nomination! I know she can't vote for the nominees in Director, but Fonda has influence. And by the way, she also found Jennifer Lawrence "electric", and considered Robert De Niro the "best supporting actor of the year". They both got in.

To be fair, she sat out advocating in 2013 -- after all, she had a role in the SAG Award-nominated Lee Daniels' The Butler, so perhaps out of respect for bias, she thought better of it.

But in 2014! She was among the voices that started to rally around two late-comers to the Awards Season party! Marion Cotillard -- who, like David O. Russell, had only been recognized by the BFCA -- was praised by Fonda in a tweet for her performance in Two Days, One Night.


She was the surprise nominee in Best Actress.

Meanwhile, over in Best Picture, Fonda had praise for but one film -- American Sniper, which she compared favorably to her 1978 Vietnam War drama Coming Home.


Sniper had only been recognized by PGA and DGA at that point, but Fonda's approval seemed to solidify its place among the Chosen Eight, and Bradley Cooper, who she singled out, was nominated for Best Actor.

And now, this year, she has tweeted praise for only one 2015 film/performance:


Now, I'm surprised, because like 2013, she has a film in the running: Youth. Hell, she was a Golden Globe nominee just this weekend! And double hell -- shouldn't she be heaping praise on Youth's Best Actor contender Michael Caine? She must really love Will Smith's performance to make such an exception. And if she feels that way, how many other Academy members do?

I guess we'll find out Thursday....