At last -- the final round of Hollmann Awards! Let's get to it! 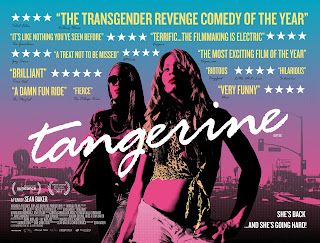 Quotable, dirty, hilarious. A great odyssey spanning Hollywood, with all the characters you really do see on the streets -- the trans prostitutes, the old men with bizarre stories, the Armenian cabbies, the shady guys who hang out at donut shops. It works as a Christmas movie, a buddy film, a drama about the immigrant experience. 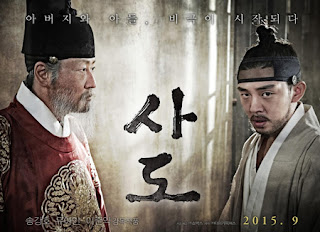 Takes a much-contested bit of history -- was Prince Sado sentenced to die because he went crazy, or was he the target of a court conspiracy -- and turns it into a story of fathers and sons, of legacies that are expected to endure, of the terrible expectations of royal life and the consequences that come of disappointing those. And, yes, it also addresses the unrest in the Joseon royal court. Sympathetic to all...and honey, with this group, that's not always easy. 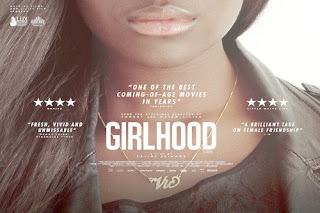 Surprising developments, subtle layering, and a completely non-judgmental look at these girls and their gangs. Kudos for those few and far between, yet vital and impactful, sequences that establish the patriarchal system that these seemingly independent women have given themselves over to. Props, too, for the gradual way in which our heroine becomes a part of that system, neither "male" nor "female", but someone with her own agency. Complicated, but easy to understand. 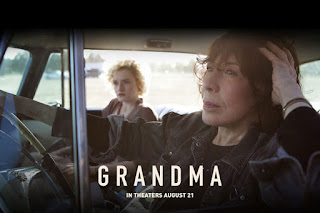 Hilarious, biting, intelligent. Avoids dialogue that's too clever -- and when it is, that's part of the joke ("solipsist!"). Not a false note. Sees every side of a conversation, and even if the film is decidedly pro-choice, the argument it makes for one character not supporting that is...well, it's understandable. And human. 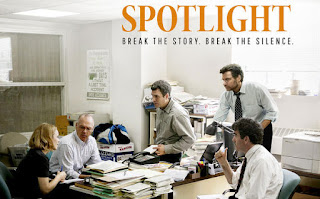 Can I just say, it would be so easy for each of these characters to become similar  -- journalist, victim, advocate, co-conspirator/part of the problem -- but each person is an individual. That's what this screenplay excels at -- making us appreciate the individuals, putting a face, a name, a personality to the cipher of "abuse victim" or "corrupted clergyman". It even allows us to look at our heroes' shortcomings, as they face their own denial...and their tendency to look at human tragedies as "scoops".

Score, Actress, Best Picture, and more after the jump

Ethan Tobman, production designer
Michelle Lannon, art director
Mary Kirkland, set decorator
The difference between Room and The World was already going to be something -- but when The World consists of a cream-colored, multi-storied, carpeted, open floor plan, it makes all the more effective. Compare that to the grey, muted, Room, whose only carpet is a stained rug. The way its size changes as Jack grows more aware of it, too! 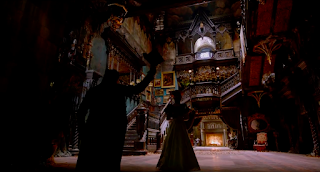 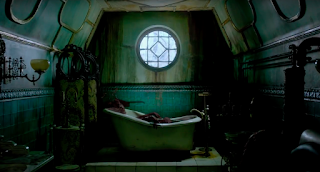 Thomas E. Sanders, production designer
Brandt Gordon, art director
Jeffrey A. Melvin/Shane Vieau, set decorators
Whoo, that mansion with the whole in the ceiling! A Corman-esque vision of dilapidated aristocracy -- moth-eaten (down to the actual moth wallpaper!), impossible architecture that only a nightmare would devise. In other words -- on point! AIP resurrected.

Gary Williamson, production designer
Su Whitaker, supervising art director
Cathy Cosgrove, set decorator
Not an inch of space wasted. There's the changing landscape painted on the walls -- one imagines the illustrator Mrs. Brown likes to do it up as the seasons progress. There's the cautious Mr. Brown's tidy drawer -- and a mug that warns of the hot cocoa. Nicole Kidman's dastardly taxidermist has heads mounted in her office...and tails mounted in the back room. There may be no devil, but there is comedy in the details. 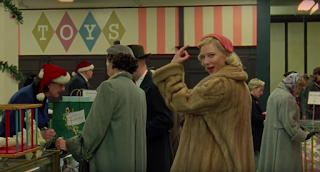 Blanchett at her most feline, sexy, almost impenetrable, up to more than she;s willing to admit to herself. For yes, she does seek out Therese, in an almost predatory "fresh meat" kind of way...and so she, too, seems surprised by just how deeply she falls in love. Two sublime line readings: "We're not ugly people," and "I love you." 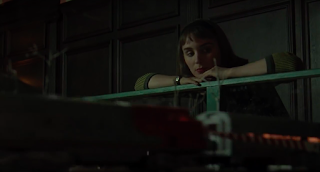 Mara is enjoying herself -- so is Therese, even if she doesn't always know what she wants. The fact that she can express it, though...Mara shows us the full journey, without overstating the arc. She may be a different woman than the shy young thing we met at the beginning, but she's not a different person. Perfect casting, too, for both Mara and Therese seem "flung out of space". 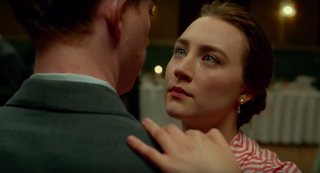 A real "star is born" performance, a role that plays to Ronan's particular strengths -- that odd reticence, that soft voice, that unnerving look she can sometimes give. Love watching her confidence grow, as both a character and an actress. Sells her relationship with every character. 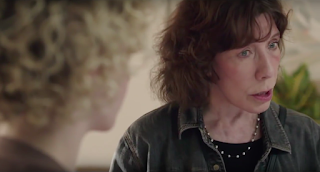 In many of her best roles, there's always been that cynical edge. Tomlin brings that out in full force as Elle, whose confrontational bitterness is both unchecked anger, and a screen for the deeper sadness she's keeping at bay. We know she's a great comedienne, but it's great, too, the way she naturally rolls out some of the digs and "one-liners" with a natural spontaneity. Her attempt to stay with her granddaughter at the clinic, even though I'm pretty sure she knows she can't and shouldn't, moved me, like she's holding on to her last hope. 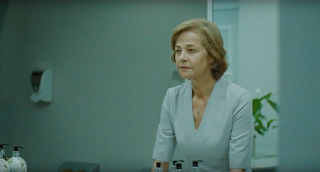 Hoo-boy. Starts out as an ordinary performance, perhaps nothing out of the ordinary...then slowly becomes more and more unraveled -- though subtly, quietly. She ably telegraphs the familiarity of a routine, but watch her grow more watchful. And that final shot of her...perhaps the most devastating moment in any movie this year. 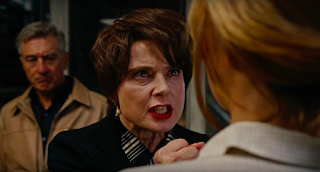 A perfect partner for De Niro's irresponsible Rudy -- a wealthy widow with all the traits of success, but none of the aptitude. Rossellini is a force of nature, utterly charming when she's happy -- but when she's unhappy, she will grind. You. Down. And yes, yes, that Four Questions scene is a hoot. 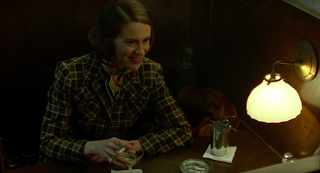 This category was made for performances like these -- a character actress embodying a woman at the edges of the central story. As Carol's best friend and former lover, she gives us every bit of their history together in each look and line reading, from concern to collusion. The sympathetic impatience she brings to her scenes with Therese are quietly funny -- and oh so human.

Builds upon her character in the first movie, deepening the emotion without softening the edges. She's still tart-tongued, but in Smith's eyes there's a mischievous twinkle this time, an understanding of the people she's around and the legacy she's building. Just as much the heart and soul of this one as Dench was for the first one. If this was her final film performance (which it already isn't), it'd be a hell of a capper.

She's already written to be more than the girlfriend, but Thompson brings her into full being. The early promise of For Colored Girls, the breakout of Dear White People -- now this, a strong, sexy woman whose story is just as interesting, just as full, as that of the lead. She presents an actual challenge, and like Adonis, is equally wary of holding some people too close.

Helps that she has the best scene in the movie -- that monologue in mud.. Not only is she the actor most comfortable with the stylization that Sorrentino (spottily) deploys; she's also the only one, besides Michael Caine, who does it while portraying a recognizable human being. It's a heartfelt, funny performance, and one that I have been unable to shake since I saw it. The best. 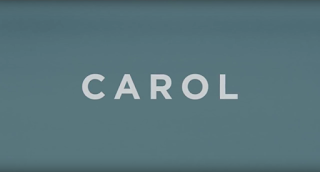 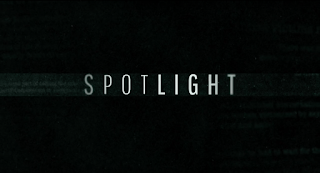