Another week, another ten films screened from the year 1986 - it's happening all month long, and on into the next. Journey with me... 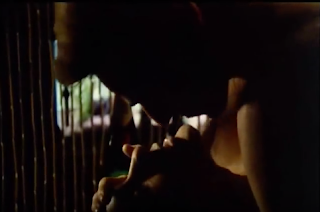 My Beautiful Laundrette
dir: Stephen Frears
scr: Hanif Kureishi
Oscar Nominee: Best Original Screenplay
Raises the biggest question I've faced so far: would I rather spit champagne into Gordon Warnecke's mouth, or have Daniel Day-Lewis spit it into mine? I'd accept either, as I would a copy of the idiosyncratic score.

[nine more after the jump]

Fonda's a great drunk, turning on a dime from fun to slurry mess. But despite chemistry between her and Jeff Bridges, there's not much there with this movie. The mystery is perfunctory, the exploration of alcoholism half-hearted. 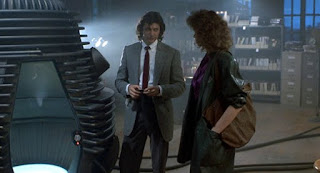 Unbelievably grody. God I love it. 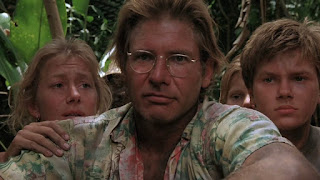 Harrison Ford is at his best as a man who believes his intellectual superiority also makes him morally superior, that he is incorruptible because he believes in science over faith, that his truth is Truth. And then he goes to a jungle community with residents and shack houses already there, and declares it his new home, "built from scratch!" A great critique of colonialism and white romantic Other-ing. 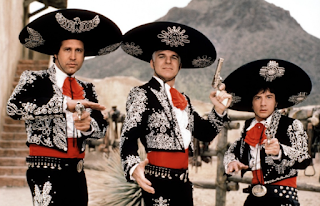 Cheesy fun, even if Martin nudges too hard. The movie belongs to Martin Short, though, who brings the right balance of sincerity and wackiness. The real surprise: Tony Plana as villainous sidekick Jefe! So fun! 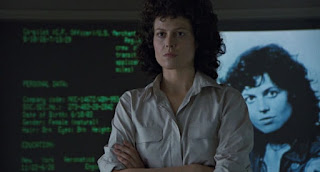 Ripley the badass, Ripley the mother, Ripley the friend, Ripley the heroine we need - Weaver's and Cameron's understanding of her sensitivity and grit make this movie work. Gnarly sound design, the aliens' rasping screams and dripping mucus realized in great detail. And that cinematography! 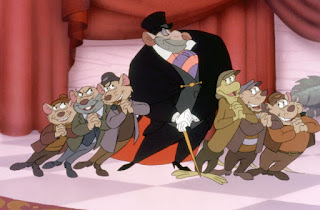 Definitely minor Disney, with its sketchy plot and not-too-compelling characters. But then there's Vincent Price having a gay old time as Ratigan, singing and dancing and just mincing about wickedly. Hard to resist that. Big Ben and toy shop sequences are legit terrifying, great sound design. 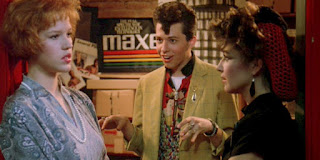 Andie is one of the best heroines to center a high school comedy, vulnerably, intelligently played by Molly Ringwald. But Duckie is toxic: his inability to take a goddam hint is treated like a virtue, his behavior more obnoxious than endearing. The clear affection for him is a blight on an otherwise thoughtful, mature screenplay. 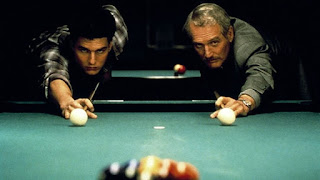 It's reassuring, though unsurprising, to see that even as a work-for-hire, Scorsese doesn't phone it in. While often spoken of as Newman's "gold watch" Oscar, he's in fine form here - sexy, funny, and even pathetic at times - no ego. Crackling with energy. 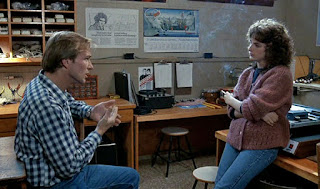 No matter how many times I see this movie, I'm newly impressed with its effortless complexity. Haines and team visualize the subtleties of language both signed and spoken excitingly, its worlds of sound and silence familiar yet distinct. And it damn well earned every one of its nominations.


The Best of the Ten: Children of a Lesser God and Aliens

The Worst of the Ten: The Morning After

Email ThisBlogThis!Share to TwitterShare to FacebookShare to Pinterest
Labels: 1986, Aliens, Children of a Lesser God, My Beautiful Laundrette, Pretty in Pink, reviews, The Color of Money, The Fly, The Great Mouse Detective, The Morning After, The Mosquito Coast, Three Amigos