Last week, we started our journey through the films of 1986. This week, we continue with another group of 10 flicks, in order of viewing. 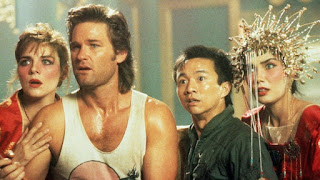 Fun spin on the traditional White Male Action Star, with Kurt Russell bumbling along while his "sidekick" Dennis Dun kicks ass and gets the girl. A blast to watch, very quotable, and a great showcase for Asian-American actors like Dun, James Hong, Victor Wong, and more.

[the remaining nine after the jump] 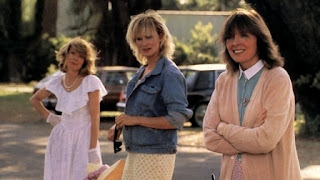 Real chemistry between the leads, even if Diane Keaton is miscast. The material's begging to be handled with more color than Beresford provides, though. It feels like everyone's bursting at the seams to do more, but those stately bookends - and the saccharine score - are just murdering it. 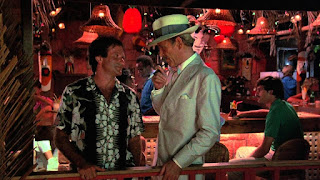 It's a favorite of my dad's, one I grew up with, so maybe I'm a little biased in its favor. Who can resist a movie that so wonderfully showcases Andrea Martin, Adolph Caesar, Jimmy Cliff, Robin Williams? Some of my favorite lines are within this movie, from "This is not a hiking crowd" to the great exchange: 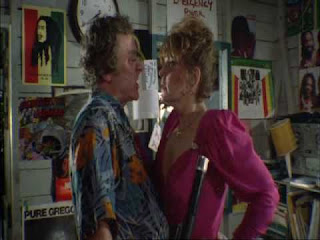 A sleepwalking Michael Caine, a horrendous Brenda Vaccaro, and a plot involving the politics of a Caribbean island - without showcasing any actors of color in significant roles. Billy Connolly is the face of the resistance, for Christ's sake! Some amusing moments, but oy vey. 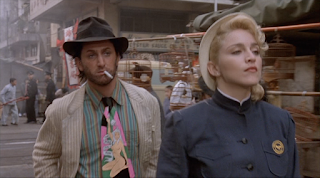 Not the worst movie - but Lord, it's not the best. I'd say skip the film and buy the soundtrack, but they never released one - a shame, as George Harrison's original songs are the highlight. Well, and the costumes. It'd be a fine caper flick if it weren't so, you know, boring. Very boring. 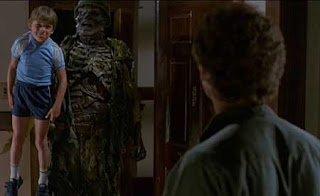 A goofy tone, nightmarish monsters, and serious scars running deep. As one character sums up: "You've been in Vietnam, you lost your only child, your wife divorced you - you got a few marbles running around." And House plays with those marbles perversely, never losing the comic tone, but not sanding its edges either. 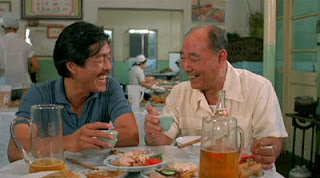 Wang's gentle touch allows the ensemble (of which he is a member) to comfortably inhabit the story; the screenplay is observational, highlighting the good and bad of American, Chinese, and Chinese-American culture - without overstating its stance. A quiet marvel. 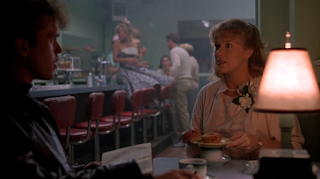 Perfection. It seems to ask, if you could go back in time, what would you change - yet in reality, it hinges on what wouldn't you change? Kathleen Turner is great - the tone is light, but she's not making a comedy, anchoring Peggy Sue's dilemma with real stakes, real feeling. I laughed, I wept, I bought the soundtrack. 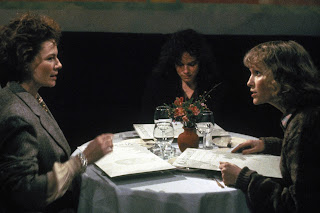 One of Woody's best. Wiest truly is exquisite, but the whole ensemble is crackerjack: insecure Barbara Hershey, angry Max von Sydow, cautious Joanna Gleason, realistic Julie Kavner. And at the center: Mia Farrow as Hannah, strong yet imperceptibly vulnerable, kind yet shadier than she admits. Human.


The Best of the Ten: Hannah and Her Sisters and A Great Wall and Peggy Sue Got Married

The Worst of the Ten: Water