Even the Academy didn't expect this year's winner to triumph!
Harold Russell did not pursue the acting life. He was living the modest life of customer service, enlisting in the Army after the attack on Pearl Harbor. Serving as an instructor at Camp McKail, a freak accident during demolitions training took both his hands. Now outfitted with hooks, Russell was featured in a documentary short about his rehabilitation, "Diary of a Sergeant." It was seeing that film that inspired William Wyler to cast Russell in The Best Years of Our Lives - that, and Wyler's determination to fill the cast and crew with as many veterans as possible. Russell was lauded for his performance, but when the Oscar nominations came out, he was seen as a longshot. After all, he was up against a number of older, more experienced performers, only one of whom had ever won. It is said that that was why the Board of Governors bestowed on him an Honorary Award, separate from the competitive nod, in recognition of his "bringing hope and courage to his fellow veterans through his appearance in The Best Years of Our Lives."
And then he actually won the damn thing, making him the first non-professional to win an Oscar and the only actor to win two Oscars for one performance. 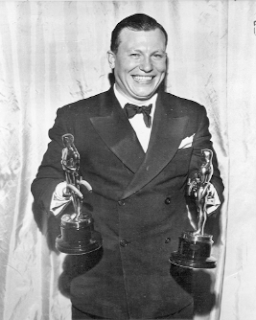 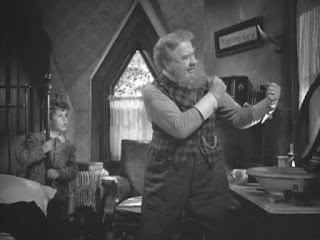 Charles Coburn as Alexander Gow
The Green Years
****
past winner, third and final nomination
The role: The rascally, Scottish great-grandfather of a recently orphaned English boy, who becomes his mentor, hero, friend.
The performance: Bedecked with florid mustache and armed with a script of witticims, Coburn ably plays a warm, affectionate man whose impractical outlook and constant drinking are frustrating, but whose heart is great and charm undeniable. Half the nomination is for what's already written, yeah...and Coburn delivers what's written perfectly. I love him. 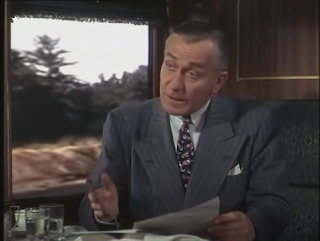 William Demarest as Steve Martin
The Jolson Story
***
first and only nomination
The role: A vaudevillian who gives Al Jolson his first big break, later his manager.
The performance: A literal supporting performance, dispensing advice, tough truths, and meaningful looks. Very effectively communicates the drive of a man who knows his time in the limelight is up, knows how to transition to behind-the-scenes, but still can't help seeing his own what-have-beens. That is, his joy and support for Al feels genuine, but there's something muted about him, too. Great fun on stage. 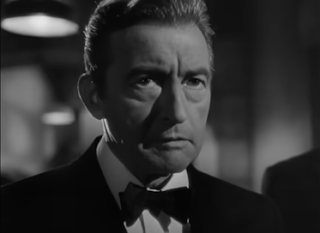 Claude Rains as Alexander Sebastian
Notorious
*****
fourth and final nomination
The role: A Nazi hiding in South America who risks everything to muruse a romantic life with an old colleague's daughter.
The performance: Rains' triumph is in communicating Sebastian's patheticness...and his unawareness of that fact. He's a mama's boy who's never in control of his own life. His urbanity at dinners and lunches cannot hide the nervous glances, the determined attempts at control, the tight-throated inner tantrums. He's a dupe for everyone he's around and doesn't seem to realize it. Rains' greatest moments? Gosh, all of them, but what he does with a scene where he silently realizes the purpose of his bride's subterfuge! His completely shattered facade in his last scene! Ah! 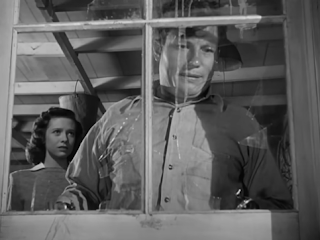 Harold Russell as Homer Parrish
The Best Years of Our Lives
***
first and only nomination
The role: A veteran returning to his home, family, and fiancee - without his hands.
The performance: Russell's first film role is unselfconscious in execution, holds his own against Dana Andrews and Fredric March. He's playing complex stuff here: there's a mild defiance in the way he soldiers through independently, but there's shame and embarrassment when it comes to his romantic life. His Big Scenes - that is, those with Cathy O'Donnell - are well-played. He understands Homer, and communicates that understanding clearly. 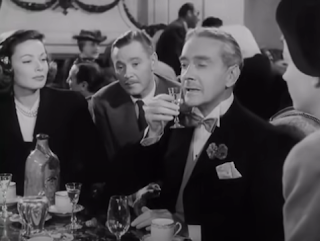 Clifton Webb as Elliott Templeton
The Razor's Edge
**
second of three nominations; Golden Globe winner for Best Supporting Actor
The role: Wealthy, snobby expat who disapproves of the film's hero's background and habits.
The performance: Doesn't get much opportunity to scratch beyond the surface, save for a final deathbed scene where he's afforded some dignity for a life ill-lived. I admire how Webb plays a man this devoid of depth, even if it's not the most exciting portrayal.
--------------------------
My winner is, to me, so obviously one For The Ages, I cannot believe it didn't even win the Golden Globe - the National Board of Review - something!: 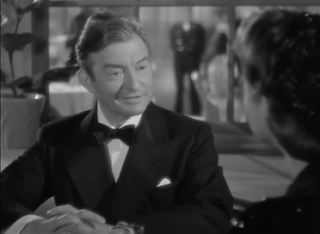 CLAUDE RAINS
in
NOTORIOUS
Tomorrow, the nominees for Best Picture: The Best Years of Our Lives, Henry V, It's a Wonderful Life, The Razor's Edge, and The Yearling.
You May Also Enjoy:
ZergNet
Like us on Facebook
Posted by Walter L. Hollmann at 3:52 AM