There's lots of catching up to do, including (I promised!) my review and Casting Coup of Poltergeist. That's later. Right now, I want to reassure you all that I have not been lolly-gagging about this October. I've actually been celebrating with the following films.

It's important to get the new releases in, right? Score, cinematography, animation -- all A-Plus! But is it me or did this script seem rushed, not fully formed? It's about the relationship between kids and their animals, about the importance of science, about letting go, about cats with psychic poop. That's fine, but the film really seems to only focus on each of those things for a five-minute span before getting distracted by things like a child version of Boris Karloff, or broad Japanese caricatures, or Martin Landau calling everyone dumb. Ok, that last part was the best thing in the film, but the rest of it is some half-formed theses about outcasts...? Laudable attempt that misses the mark. Most criminal: not enough Winona Ryder.  2.5/5 black cats.

Man had I been hearing some good things about this found-footage horror anthology -- two genres that are difficult to execute on their own, but together?! Here's what they offer:
Overall, a disappointing venture with one glittering jewel...and another not-so-bad entry. 2/5 black cats.

For more thoughts and discussion of V/H/S, you'd do well to check out Cinemaniacs. 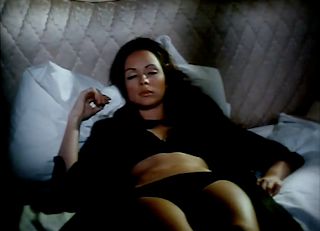 What a bizarre little film. A sorority (I guess?) of four invites two new members, one of them gets killed in a mock execution, they're lured to a ranch-house in the desert seven years later, and they get bumped off. Kind of falls apart at the end, with twist upon twist that, when compared with the film you just watched, don't make a lot of sense. Especially the last shot. Still, some great '70s eye candy, as you can see. 2/5 black cats.

Tobe Hooper's follow-up to Texas Chain Saw Massacre follows a disturbed innkeeper whose motel is off the beaten track, built above a swamp wherein lives his vicious crocodile. Often repetitive in its Character Checks In/Innkeeper Goes Fire-and-Brimstone Nuts/Croc Eats structure, the real draw here is the central performance by Neville Brand as the innkeeper, Judd. 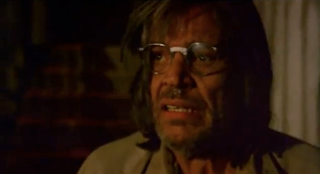 Muttering away to himself, a mix of fearful child and pious old man, his is an interesting creation that stays with you long after -- in my case, weeks after. Brand's performance in unsettling, not least of all because you can see how the switch gets flipped from accommodating host to vengeful murderer. That alone brings it to 3.5/5 black cats.

Finally watched a Herschell Gordon Lewis film, his first foray into horror. Filmed in Miami (whoo! Florida! represent!), the splatter-fest follows an Egyptian caterer who murders women for a cannibalistic feast meant to bring goddess of death Ishtar to Earth. It's ridiculous, but it knows and accepts it. Lewis almost scoffs at anything like "characters" or "actors" or "cinematography". He knows you came for the gore, and he delivers -- oh, boy howdy, he delivers like no one ever before. The tongue getting ripped out bare-handed is probably the highlight. 4/5 black cats.

But you know, for me it's all about Mrs. Fremont.

Hahaha! Mrs. Fremont is the fucking best. That hat, the way she bugs her tiny eyes, the way she enunciates every syllable of "student of Egyptian culture." Oh my God, Mrs. Fremont is my hero! Sure, the film's cops try to steal the show with their attempts to secure the tile of Most Unfazed Homicide Detectives in All of History. But when I think of Blood Feast, I think of Mrs. Fremont learning her caterer was going to serve her human flesh and clucking, "Oh, dear. The guests will just have to eat hamburgers for dinner tonight." 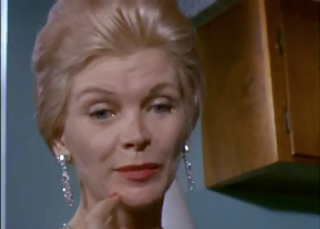 See, this is how you do horror. Build your characters, build suspense, get a few macabre laughs in there, cast some classy, able thespians...then in the last 15 or 20 minutes go completely balls to the wall insane! That Orphan manages to be such a good time while dabbling in such icky subject matter is a credit to the filmmaking team -- director Jaume Collet-Sera (House of Wax) and writer David Johnson (Red Riding Hood) know from guilty pleasures. 3.5/5 black cats.

Yeah, I went and watched it anyway. And oh my GOD am I happy I did so! Herschell Gordon Lewis's clever satire about the South's fanatical attachment to its Confederate history comes wrapped in blood and guts...or do the blood and guts come wrapped in butcher paper? HA! No, but it's great. Six Northerners get lost in a tiny Southern town and become sacrifices during the town's Civil War Centennial celebration. Where Blood Feast has one highlight, Two Thousand Maniacs has several, including a great "horse race" punctuated by "Dixieland" and a "barrel roll" that is actually stomach-churning to watch. Overflowing with sadistic creativity and proudly tasteless humor. And I know everyone looked like this in 1966, but I love how much femme fatale Betsy looks like a demented Lawrence Welk champagne girl. 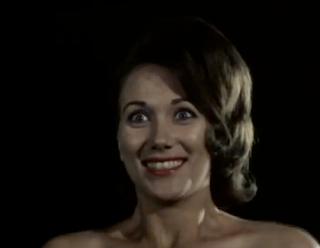 Right? Anyway, this is what horror is all about. 5/5 black cats.
Posted by Walter L. Hollmann at 2:30 AM