The Hollmann Awards are finally on their way, along with Casting Coup Month. Regular readers know what to expect here, but for the Virgins (pronounce it with a Spanish accent -- it's fun!) among you, here's the skinny:

Since 2006, I have run my own "precursor" to the Oscars, the Hollmann Awards. Usually I announce the nominees the day before the Academy does theirs, so as to avoid undue influence. The ceremony itself takes on a different form every year. I used to write it up as one long skit, featuring a host, presenters, song performances, trailers for Best Picture nominees, etc. In 2009, I just listed each category, counted down the nominees from fifth place, and only wrote about the winner of each category. Last year, I broke it up into two days, like my Retro Hollmann Awards.


This year, I'm doing something different again. I will be counting down my Top Ten, with a different film each day. Accompanying each film will be two categories, at least one of which will be relevant to said film. This will take nine days, with the final day featuring my Top Two Films, going from February 14th through the 22nd.

There are three reasons why I'm doing things thusly. First, this way you're not killing yourselves reading a Moby Dick-length awards post. Second, I'm not killing myself trying to edit it. It also allows me to give more personal insight than usual into my Top Ten.

Ok, four reasons, the fourth being that it's been five months and I still haven't posted my Top Ten from when I watched the films of 1975. And I didn't want 2012 to go out like that. It deserves better.

So did 1975, for that matter. Let's get that Top Ten out there into the ether:

Quite simply, my favorite movie of all time.

I'm writing this piece on my last night of my visit home, and how appropriate! Fellini borrowed some memories from his own childhood (despite the fact that the film has no real point-of-view, the title translates to I Remember), delivering a warm, bittersweet little movie that can be just as smirkily cynical as it is fuzzily nostalgic. Each member of the community is specifically fleshed out, no matter how brief the screen time. All perfectly set to an original score by Nino Rota.

Kubrick, man. Months later and I'm still thinking about this one, which may have taken out Lolita as my favorite of the director's work. Not once in those three hours was I uninterested -- considering that this was following a screening of Gone with the Wind, that speaks volumes about the film's merits. Naturally, much is made of its exquisite crafts work, and its ready-to-hang painterly cinematography, but it also boasts a strong, witty script and perfect porcelain players.

Still, I think, one of the funniest movies ever made, and a pretty historically accurate one, too. Makes its point about the gap between royalty and peasantry in Medieval Europe far better than many self-serious epics do, better even than the fun A Knight's Tale! I love Life of Brian and Meaning of Life has some great moments, but this is a flawless comedy from beginning to end, with each subsequent viewing offering another clever line, another secret background gag. 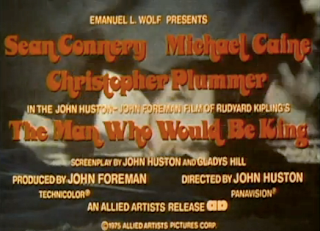 Guys, I have seen a number of Sean Connery films in my time. I have seen a number of Michael Caine ones. But I have never seen either of them like this. That the Academy missed out on their performances in favor of James Whitmore and Maximilian Schell both perplexes and saddens me. Like all great films, it starts out as one thing -- fun adventure ride! -- before slowly creeping in to this other, unforgettable monster -- fable about greed, power, respect of others' cultures, Sean Connery's cool-ass Royal Robes. 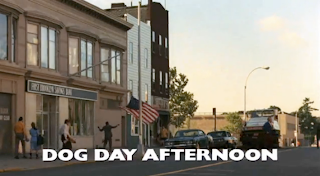 I imagine this is what the Boomers are talking about when they say "they don't make 'em like they used to", except that Dog Day Afternoon would be a uniquely superlative film no matter what decade they made it in. It's in my Top Three Pacino Performances (unranked, plus I haven't seen Serpico or Glengarry Glenn Ross), Top Two Lumet Flicks, Top Five New York Flicks. And Top Ten 1975 Movies, obviously. It' funny, it's political, it's heartbreaking, it's adjective.

Cah-lassic! I've seen this film like 100 times, but each viewing only multiplies my love! From the thrill of the first two-thirds to the quiet suspense, character-building and shock violence of Act Three, it's one of the most brilliantly-executed horror/adventure films of all time. And it didn't get enough praise for the actors in its day, which is a shame because Robert Shaw and Roy Scheider are incredible, and it has that guy that says, "A whaaat?" in perfectly-pitched incredulity. 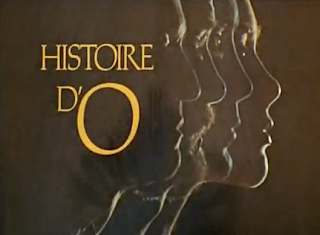 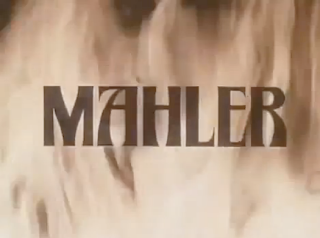 I've only seen three Ken Russell films; this one is the most accessible. It's one of Russell's trademark kooky biopic/art flicks of a great composer, this one of Gustav Mahler, focusing on the influence of nature on his work, his relationship with his wife, his troubled siblings, his conflict of faith -- all framed by a train ride that will decide, once and for all, the fate of his marriage. The visuals are uniquely beautiful, the performances subtle, and the script actually follow...able.
10. Messiah of Evil 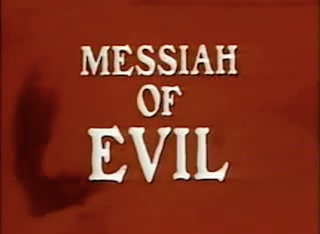 I know, I know: I didn't nominate it for anything at my Hollmann Awards, yet here it stands at #10. I can honestly say I've never seen a movie like this one, a nightmarish horror flick that defies description. It's slow at first, but pays off with subsequent scenes that make disturbing use of a grocery store bathed in fluorescent and a movie theater falling into darkness. Like Texas Chain Saw Massacre, its cheap, on-the-fly look only adds to the terror.


I feel so much better, don't you?

Meanwhile, starting February 1st, I'll be doing Casting Coup Month. That means every weekday, I'm recasting a previous Oscar Winner (must be at least 25 years old to qualify) with modern actors! Previous favorites of mine from Casting Coup Month include Chinatown, Airport, Elmer Gantry, Cabaret and Network. This year may include some fun films from my 1964 and 1975 retrospectives. I'm not promising that I've got The Night of the Iguana and Barry Lyndon ready to post, but I totally am.

So get ready for another year of Casting Fun, Self-Indulgence and Provocative Reader Comments! It's Awards Season, baby!
Posted by Walter L. Hollmann at 9:07 PM

Email ThisBlogThis!Share to TwitterShare to FacebookShare to Pinterest
Labels: 1975, 2012, Amarcord, Barry Lyndon, Dog Day Afternoon, Jaws, Mahler, Messiah of Evil, Monty Python and the Holy Grail, Nashville, The Man Who Would be King, The Story of O

Jude or Michael for Shannon in Night of the Iguana PLEASE!!!!!!!

Also, Dog Day Afternoon is too good. I need to re-watch your entire top 3 soonish.