I was lucky when I first saw Chinatown: the final twenty minutes, among the most famous in all of cinema, was completely unknown to me. So I had the dropped jaw, the sinking feeling, the lump in the throat, all of it from the get-go. That was in high school. The second time I saw it, last year...same thing. Maybe not the dropped jaw, but there was still an awful sadness. Chinatown is a movie that's a lot of fun, until it takes you through the wringer. Yet so expertly executed is this, you have to return. You can't forget it; it's Chinatown.

A co-worker of mine asked me what it was about. I said I couldn't tell him, it would spoil everything. But if you really want to know and haven't seen it: it's about a private eye who gets a job photographing his client's husband with another woman. However, his client is just impersonating the real wife, the husband winds up dead, and the fraud disappears. The private eye investigates, and the audience is treated to noir, a history lesson, and social injustice. Despite the abundant humor and hot romance, it is a Downer of a film.

But of course: it's Roman Polanski, who received his first nomination for Best Director with this film (Coppola won for The Godfather: Part II). Polanski, who was previously nominated in Best Adapted Screenplay for Rosemary's Baby, is not famous for his hopeful, Love Conquers All endings. Interestingly, Chinatown's famous ending is all Polanski, as screenwriter Robert Towne wanted a more upbeat finale. Towne also didn't want to excise any of his original 300+-page manuscript, which had a sprawling ensemble and a more episodic structure. They fought and argued, argued and fought; they compromised, and we have the Chinatown as we know it today: a perfect movie with a perfect screenplay.

Towne was the only winner of the bunch, for Original Screenplay. In addition to his win and Polanski's nod, Chinatown was nominated for Best Actor (Jack Nicholson), losing to Harry & Tonto's Art Carney; Best Actress (Faye Dunaway), losing to Alice Doesn't Live Here Anymore's Ellen Burstyn; Best Sound, losing to Earthquake; Best Editing (Sam O'Steen) and Best Cinematography (John A. Alonzo), losing to The Towering Inferno; Best Costume Design (Anthea Sylbert), losing to The Great Gatsby; and Best Art Direction, Best Original Score (Jerry Goldsmith), and Best Picture of the Year, losing to The Godfather: Part II. It's ok, Chinatown; I like you more than all those others.

So if I love it, and if it's considered by many to be perfect just the way it is, why even suggest a different cast? Because we can!


KHAN
Who is He: The Mulwrays' faithful manservant, he sees everything and says nothing. 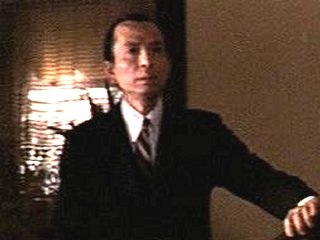 IDA SESSIONS
Who is She: The mysterious woman who poses as Evelyn Mulwray, asking Jake Gittes to catch her husband in an infidelity. When she is revealed to be a fraud, she suddenly disappears... 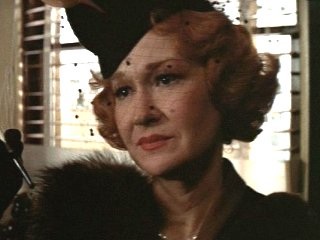 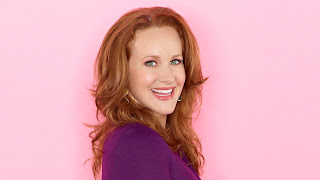 HOLLIS MULWRAY
Who is He: Chief engineer for LA Department of Water and Power, opposed to the building of a new dam, former business partner of Noah Cross, husband of Evelyn, dead man. 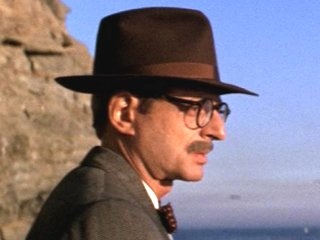 Darrell Zwerling (TV's The Boy in the Plastic Bubble, And Justice for All) 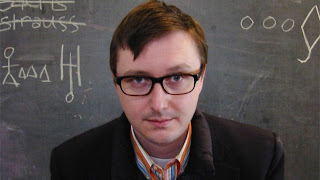 RUSS YELBURTON
Who is He: Acting head of the Department of Water and Power, secretive and snobbish. 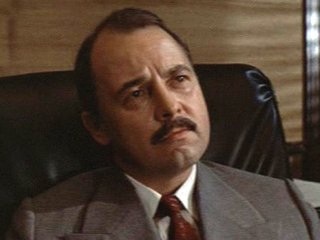 LT. LOU ESCOBAR
Who is He: Homicide detective, an old acquaintance of Jake's. Doesn't always see the big picture, doesn't always like Jake, but he seems like a smart guy who respects a pro. 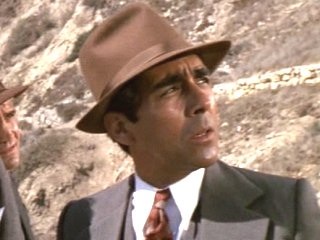 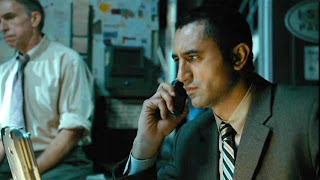 NOAH CROSS
Who is He: Wealthy and influential landowner. A humorous gentleman, but scarily powerful. Concerned about the whereabouts of Katherine Cross, who was seen with Mulwray before he was found dead. 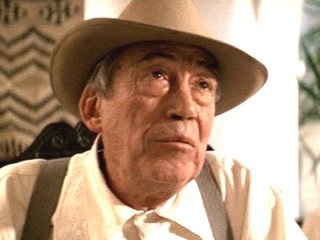 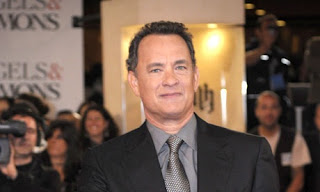 Tom Hanks (Road to Perdition, Extremely Loud and Incredibly Close)
He's like America's Dad, and he's as great a dramatic actor as he is a comedic one. Just imagine that last scene -- or any scene, really -- with Tom Hanks. It'd be completely different from John Huston's, which is a good thing; why would you want everything to be exactly the same? It'd easily be one of his best performances.

EVELYN CROSS MULWRAY
Who is She: Hollis's wife, Noah's daughter. Her secrets and lies get Jake suspicious of her,  and her beauty and vulnerbaility get him into bed with her. But the secret she'd holding tightest to is the darkest of all... 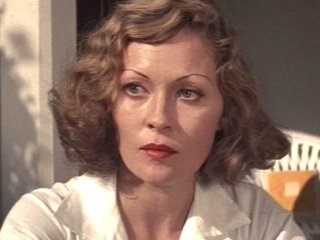 Christina Hendricks (Life as We Know It, Drive)
If "Mad Men"'s Joan Harris and Drive's Blanche don't convince you, what in the world will? She's beautiful, she can do period, she can do noir, she tears your heart out with her silences. She's perfect for Evelyn.

JAKE GITTES
Who is He: A former cop with a past (of course), now a private eye with a problem: his last client wasn't who she said she was. To protect his rep, he's on the case to find out who really hired him, and why. He'll uncover an underbelly even darker and more complicated than anything he found in his last turf: Chinatown. 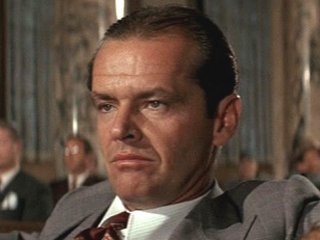 Jack Nicholson (The Raven, How Do You Know?) 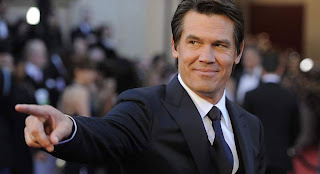 Josh Brolin (True Grit, Thrashin')
I do think Jake needs to be well-past thirty, old enough for his cynicism and experience. Brolin has a quiet intensity that I like, and a laconic style of humor that fits Gittes well. He'd look good in the suit, too.

Hmm, Hendricks feels wrong for this to me (if I had to choose someone from the show, January makes more sense to me - and I think she's a terribly underrated performer). I can't think who I'd choose, Romola Garai or Abbie Cornish in ten years, maybe. Charlize Theron? I love how these posts get one thinking, though.

(Umm, Rosamund Pike? I am beating this drum like a dead horse, but she can play frigid.)