Well, friends, here it is -- after months of work, I'm finally ready to address the films of 1953. 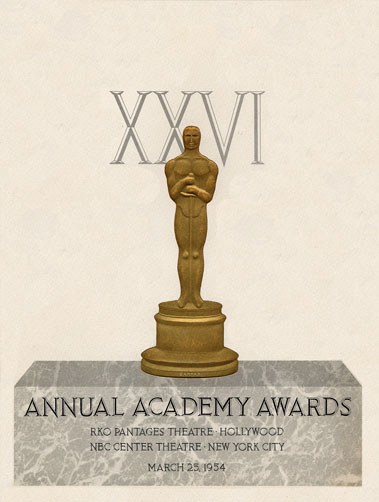 This originally began in December. I thought I'd blast through it, like I did with 1973, before plunging into 1932-33 -- you know, to coincide with the Oscars in March. And now it's Memorial Day weekend. Things happen.

A lot of this comes from the availability of some of the films -- why The President's Lady isn't available on Amazon, streaming, or even YouTube, is anyone's guess -- but mostly I was just drained. My day job as producer and head writer for Hollywood Today at BiteSizeTV is really kicking into high gear -- we did Sundance, we did Oscars, and there's more happening that I can't quite discuss, but hope to soon. Is it work? Of course it is! Is it rewarding? Like you wouldn't believe. 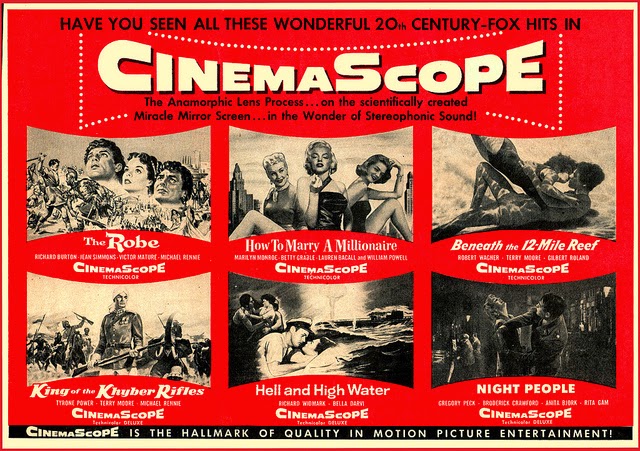 With television rising in popularity, the studios had to do something to lure audiences to the theaters. 20th Century Fox had the answer -- CinemaScope, a super wide process that gave the audience more, more, MORE! Fox's films choices for the new format were actually pretty ingenious in their variation -- underwater adventure with Beneath the 12-Mile Reef; three mega-stars sharing the screen in the comedy How to Marry a Millionaire; and the epic-sized scope of Ancient Rome in The Robe. (Rival MGM also had a film in CinemaScope -- the medieval adventure/romance Knights of the Round Table). 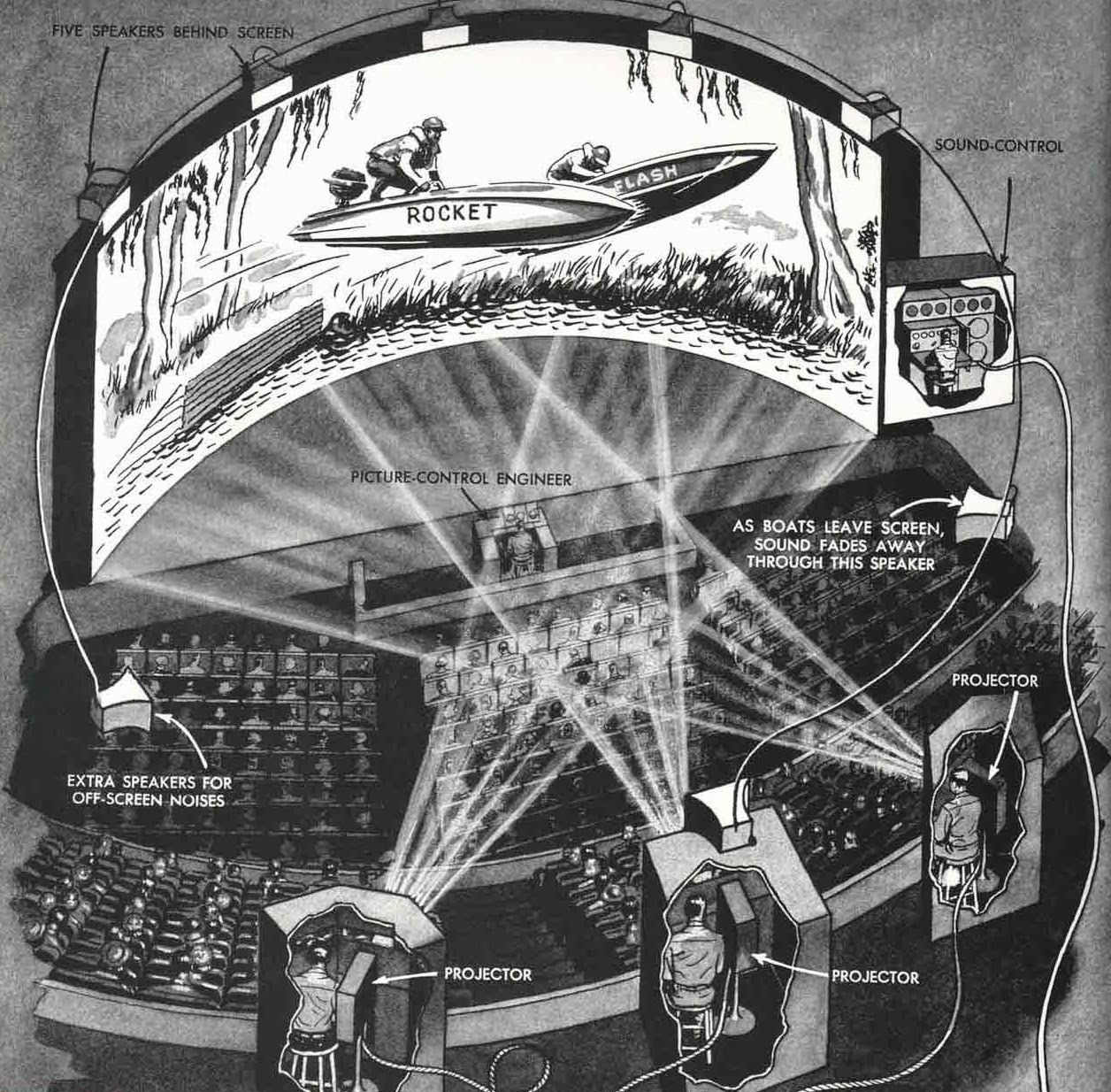 And if audiences in New York or Los Angeles couldn't roll with CinemaScope, there was the gargantuan Cinerama! Cinerama took three cameras to shoot the image; it took three projectors to screen the image; it took a special kind of theater to be equipped for all that. This is Cinerama first debuted in 1952, finally making its way to Hollywood in '53. It's an impressive format, certainly, but a hell of a headache to deal with, and so was mostly used for documentaries -- The Wonderful World of the Brothers Grimm and How the West Was Won are the narrative exceptions. 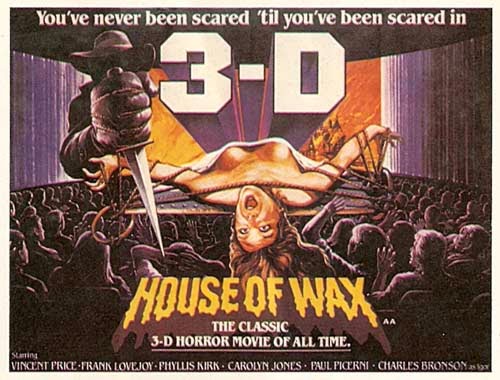 Less you think those boxy films were going to be licked, there was a major inundation of 3D films! And you may be surprised at what had the honor -- B-noir I, the Jury; John Wayne western Hondo; Rita Hayworth whatever Miss Sadie Thompson; and cheapo horror The Maze are just a few. House of Wax is most obvious about the stunt, stopping the movie dead (heh-heh) so that a guy can play paddleball into the camera; Cole Porter musical Kiss Me Kate is weirdest, having people constantly throw things around the set. On a 2D TV in 2014, it plays...quite differently.

But remember -- we're here to talk Oscars. And while an argument could be made these innovations helped some of these movies, I doubt you think of many of them as bona-fide, Oscar-caliber classics.

Because the big film in '53? That was the 2D, boxy, black-and-white From Here to Eternity. Third at the box office, first in the Academy's heart. What many saw as folly -- adapting a verrrrry grim tome full of adultery, brothels, an abusive Army, and all culminating in Pearl Harbor -- became one of the great classics of cinema. It changed the careers of the stars -- does lovable Marty win if we haven't first come to detest Ernest Borgnine in Eternity? -- and, at the time, tied with Gone with the Wind for the most Oscar wins in history: a quaint seven.

And, of course, there's that legendary beach clutch. 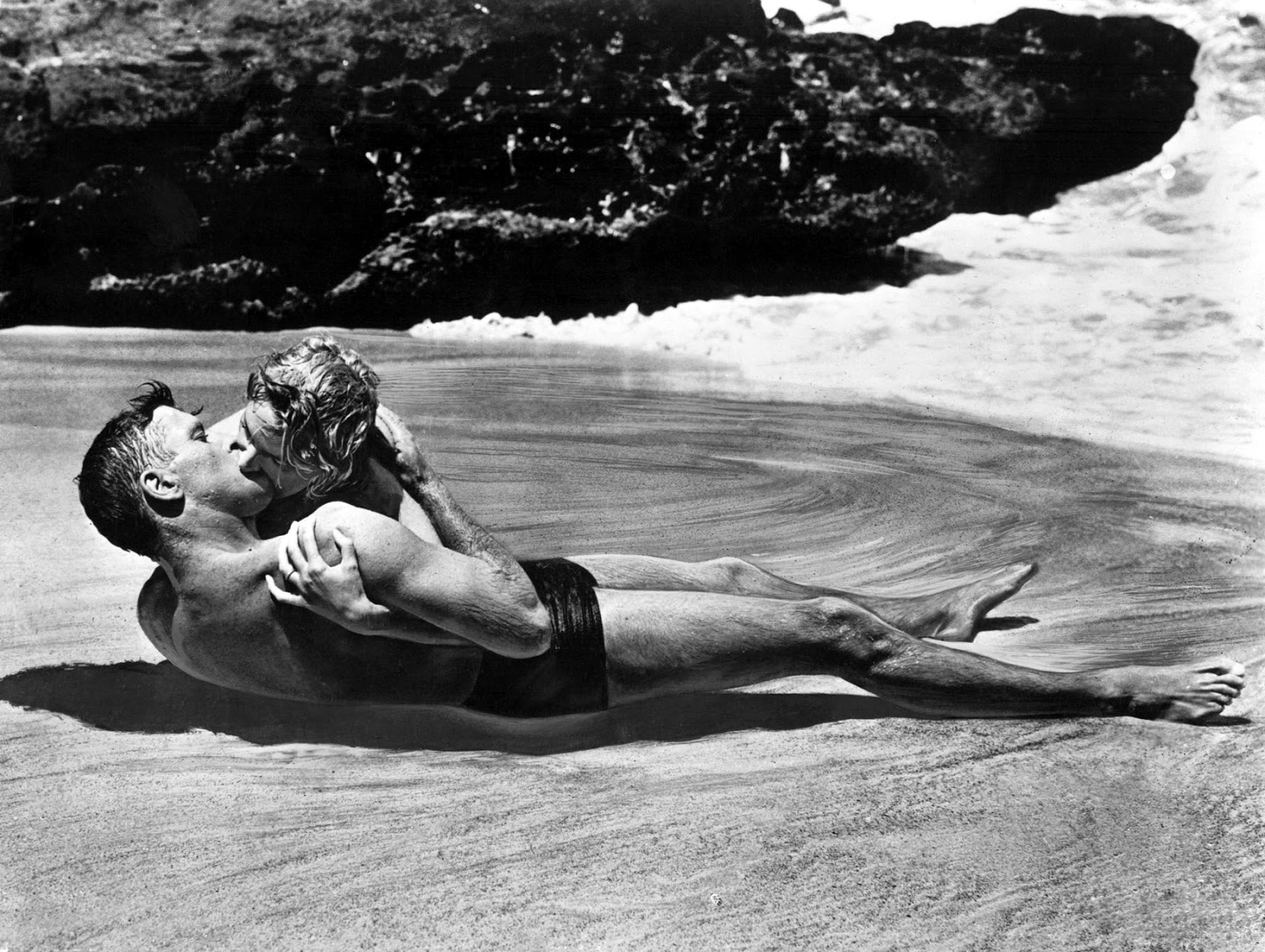 It was up against classic Western Shane, which, increasingly, has become the Cinephile's Choice; rom-com Roman Holiday, which introduced Audrey Hepburn to the world; Joseph L. Mankiewicz's adaptation of Julius Caesar; and the aforementioned Biblical epic The Robe, which seems to split a lot of modern viewers -- I'm in the "for" camp.

A big, beautiful, gigantic year -- and for the next month, it's all we're going to talk about. I'll be going through my usual Oscar categories, devoting a day to each, going through each individual nominee. And then, of course, we can discuss my own picks for the Retro Hollmann Awards.

But before we even start with all that -- tomorrow, Andrew of Encore Entertainment and I are co-presenting a Casting Coup Week! Yes, all week long, we'll be re-casting the Best Picture nominees of 1953 with today's stars!

Join us for the fun this week -- and continue reading throughout the month of June for more coverage of the 1953 Oscar Race!

Email ThisBlogThis!Share to TwitterShare to FacebookShare to Pinterest
Labels: 1953, Beneath the 12-Mile Reef, From Here to Eternity, Hondo, House of Wax, Julius Caesar, Kiss Me Kate, Knights of the Round Table, Miss Sadie Thompson, Oscars, Roman Holiday, Shane, The Robe, This is Cinerama