After so much waiting, here it finally is -- the Retro Hollmann Awards of 1971! Seventy (70) films were screened for 1971, and as always, some desirables were missed, some surprises were discovered, and some duds, unfortunately, slipped through the cracks. But here's the full list:


The Boy Friend
Brewster McCloud
Carnal Knowledge
Cat O’Nine Tails
A Clockwork Orange
Cold Turkey
The Conformist
Death in Venice
The Devils
Diamonds Are Forever
Dirty Harry
Dodes’Ka-Den
$
Drive, He Said
Escape from the Planet of the Apes
Fiddler on the Roof
The French Connection
The Garden of the Finzi Continis
Get Carter
The Go-Between
Harold and Maude
Honky
The Hospital
The House That Dripped Blood
Investigation of a Citizen Above Suspicion
Jennifer on My Mind
Johnny Got His Gun
Klute
Kotch
The Last Picture Show


The Lickerish Quartet
The Love Machine


Play Misty for Me
Pretty Maids All in a Row
Shaft
Simon, King of the Witches
Sometimes a Great Notion
Straw Dogs
Summer of ’42
Sunday Bloody Sunday
Sweet Sweetback’s Baadasssss Song
Taking Off
Tchaikovsky
They Might Be Giants


What’s the Matter with Helen?
When Dinosaurs Ruled the Earth
Who Is Harry Kellerman, and Why Is He Saying Those Terrible Things About Me?
Willard
Willy Wonka and the Chocolate Factory
Zachariah


For the next three days, I will be naming my perceived best in all 18 categories, two of which (Makeup, Ensemble) did not have an Oscar equivalent that year. Some nominees match the Academy's, while some categories have been completely overhauled. They are all, however, unmistakably Me.

And we start with the Editors!

BEST EDITING
2. The Anderson Tapes
Joanne Burke
Standout scene: the entire heist that takes up the final third of the film, cutting back and forth between the tenants of each floor as they are rounded up by Anderson's crew; the crew itself gathering the objects of desire; the several areas of surveillance; and the slowly mobilized law enforcement.

5. The Devils
Michael Bradsell
Standout scene: If this was purely the director's cut, I'd say the sequence where the nuns rape a towering, crucified Jesus statue, intercut with Frather Grandier holding a quiet, personal Mass in nature, is legendary for a reason. But let us not forget the final sequence, as the village of Loudon watches an execution with varying degreess of satisfaction and horror.

1. Fiddler on the Roof
Antony Gibbs/Robert Lawrence
No standout scene -- for it is all so perfectly edited, from "Tradition" through to the finale -- the Bottle Dance, the pogrom, the Chava ballet, "Anatevka", the dream sequence....perfection.

4. Get Carter
John Trumper
Standout scene: Carter beats the shit out of some thugs, using their car. It's great.

3. Klute
Carl Lerner
Standout scene: Any of the therapy sessions, cut back and forth between Bree and the doctor at the perfect moments. Bree's final encounter with a deranged murderer, including listening to a recording of her deceased friend, is a gutting, terrifying scene as well.

Makeup, Cinematography, Score, and more -- below the jump. 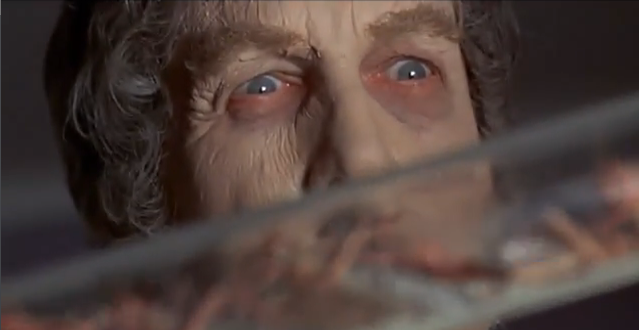 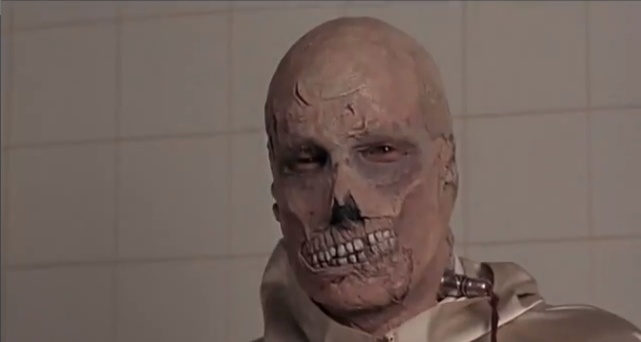 Trevor Crole-Rees, makeup artist
Bernadette Ibbetson, hairdresser
Vincent Price's cadaverous, unmoving face -- and that's before he reveals the scorched one beneath! Plus the various victims, but particularly Hail, Blood and Bats. 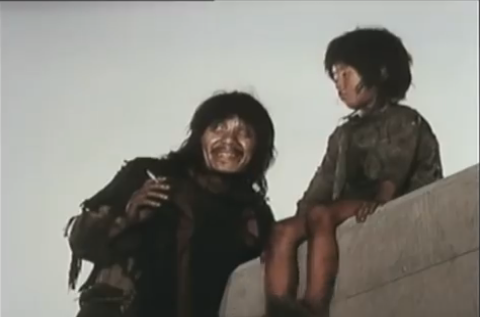 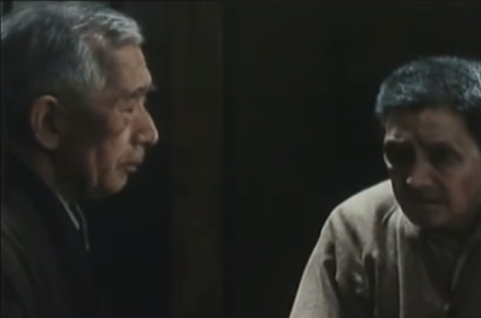 Sakai Nakao/Shozo Takahashi, hair stylists
The sweat and dirt of the slums just outside Tokyo stick to its inhabitants, but you can still sense subtle economic differences -- the tramp and his boy are much worse off than the old man with money, for example.

1. Investigation of a Citizen Above Suspicion

BEST CINEMATOGRAPHY
2. Fiddler on the Roof 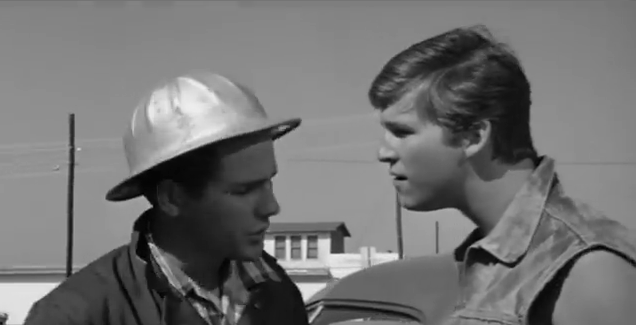 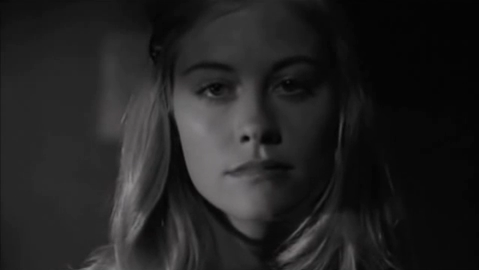 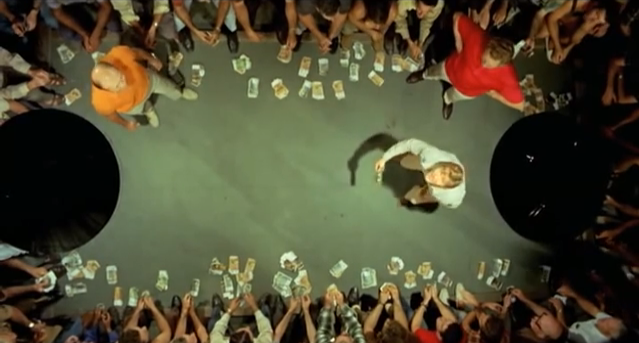 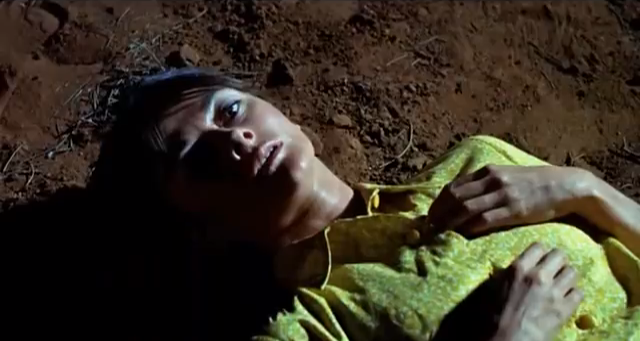 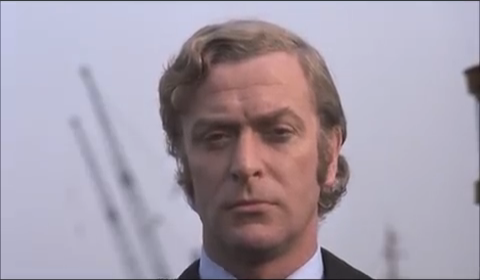 Get Carter
A sexy, dangerous and nasty performance. Caine does not do much at all to make Carter sympathetic -- he's a killer, a scumbag, an unapologetic (sometimes rapey) womanizer -- yet his natural charisma, his tenderness towards his niece (daughter?), his very real anger at the murder of his brother, get us on his side. Uncompromising, ruthless performance. 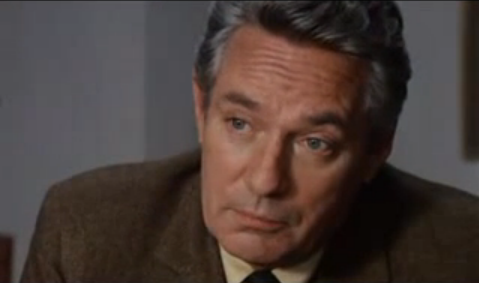 Sunday Bloody Sunday
As I said before: "A discreet performance. Finch differentiates between the warmth of a doctor with his patients and the intimacy of a man with his lover; that latter part, too, is navigated with great care, for while David is intelligent and insightful, he's deluding himself to stay in a relationship with bounce-around Bob." 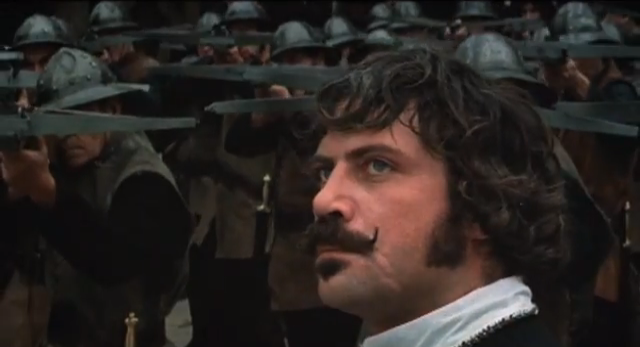 The Devils
It's not often you get a performance that's this carnal and meditative, but dammit, there it is. Urbain Grandier is a difficult character, a man of faith who believes in his calling, and yet a man of logic who does not adhere to every vow. Reed's performance makes full use of his sensual, confident persona, embodying a man who is equally despised and desired; too, his husky masculinity adds to the mystique of the Grandier, who stands by his own beliefs, and is destroyed for it. His performance in the trial sequence is agonizing and inspiring. Unforgettable.

Fiddler on the Roof
As I said before: There is such a genuine joy in Topol's performance, you can feel the pride and certainty in every "dibba-dibba-dum". Obviously, he wishes he had more money -- much, much more -- but overall, Tevye is a happy man, fascinated by the world, watching it change with a mix of curiosity and sickening worry. And to think that Topol is playing 20 years older! 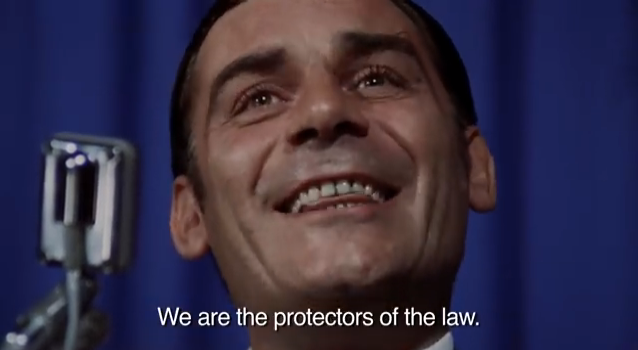 Investigation of a Citizen Above Suspicion
We never hear his name -- all we know about him is his position. And Volonte inhabits this very revealing detail -- he is officious, smug, and controlling. His blue eyes burn with a fiery frenzy when he gives his big speech about keeping the masses under control. And when the purpose of his crime conflicts with his very real feeling of duty, the eventual crack-up is unsettling, delicious. I don't think I've ever seen anyone sweat like Volonte. 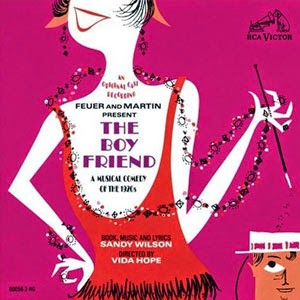 Ken Russell
from the play by Sandy Wilson
Ken Russell turns Sandy Wilson's pastiche of 1920s musical tropes on its head, focusing on a verging-on-bankrupt theatre troupe in England in the 1920s staging a production of The Boy Friend, each member desperately trying to impress a visiting Hollywood film producer. It's a decision that adds an element of desperation and darkness: while the reality is a crumbling theatre and backstabbing co-stars, onstage they dance the Charleston in the romanticized vision of the 20s we all have. Ingenious.

Ken Russell
from the play by John Whiting and the novel The Devils of Loudun by Aldous Huxley
The separation between church and state, sexual repression, the rights of an independent community -- all examined within the true story of a nun so obsessed with a Casanova priest, she led her convent into madness. Amusing anachronisms tossed in alongside legitimately fascinating conversation of philosophy, government, and spirituality. It's a script I wish I had written.

3. Fiddler on the Roof

Joseph Stein
from his stage play, based on stories by Sholom Aleichem
Seamlessly opens up the stage show for the screen, including scenes that give further context to the socio-political situation of the time and era -- I think of Golde's uneasy visit to the Christian church, of Perchik's student rally (one that echoes the one Kerensky holds in Nicholas and Alexandra). Stein builds the world of Anatevka, giving the final song that much more impact.

Harold Pinter
from the novel by L.P. Hartley
Knows when to talk, and when to be silent. Peppers little hints throughout that the events we're seeing on-screen are being remembered sometime in the future, which pays off with a melancholy, ambiguous ending. Economy, and a lack of over-explanation. Indeed, I'm almost tempted to call it...literary? 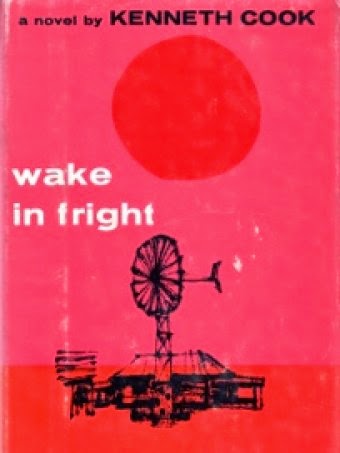 Evan Jones
from the novel by Kenneth Cook
Increasingly sinister pleasantries as a schoolteacher loses himself in a shitty town in the Outback. Each sequence can almost be broken up episodically -- The Game, The Hunt, The Doctor's Hut, etc. -- but instead of being an episodic adventure, it's an ever-mounting series of traps for our protagonist, as he sinks deeper and deeper into this pint of aimlessness. Sickening. And difficult to look away from.

Email ThisBlogThis!Share to TwitterShare to FacebookShare to Pinterest
Labels: 1971, Dodes'Ka-Den, Fiddler on the Roof, Get Carter, Investigation of a Citizen Above Suspicion, Klute, McCabe & Mrs. Miller, Oliver Reed, Retro Hollmann Awards, The Boy Friend, The Devils, Wake in Fright