A brief look at the film year so far.

I've only seen 38 films so far this year (not counting the retrospective flicks, of course), which is fewer than I had hoped -- though, if recent conversations are any indication, far more than the average. I mean, someone told me the last movie they saw in a theater was Gravity!

These are unranked choices, but they are grouped together in ascending order of affection. Directors and commentary follow each title, except in "Shan't See It Again", a sort-of Hall of Shame -- the guilty are protected in this instance.

Wish They Were Better

Fifty Shades of Grey (Sam Taylor-Johnson): Dakota Johnson a natural, goofy yet convincingly sexy, with a soundtrack that's on point; but Jamie Dornan is a wasteland, and the finale is ho-hummingly tame

Jupiter Ascending (The Wachowskis): fascinating world-building, but clearly hacked to pieces, and with a wan Mila Kunis at its center

Jurassic World (Colin Trevorrow): great fun as a monsters-run-amok flick (and I consider That Death a huge plus), but script is aggressively regressive re: sexual politics

Me and Earl and the Dying Girl (Alfonso Gomez-Rejon): surprisingly unsentimental lead a relief; in fact, most of the ensemble shines and convinces, despite suffocatingly twee conceits and sketchily-written adults

Serena (Susanne Bier): J-Law understated, intense, hypnotic; film should be a slow burn but it's actually a long sit

The Boy Next Door (Rob Cohen): deliciously scandalous, and it must be said: J.Lo is genuinely phenom in this

Mortdecai (David Koepp): I laughed more than once, love the song "Johanna" that plays over the end credits, and I think everyone should be aware that I am always Team Gwyneth

Positivity after the jump -- or as I like to call it, the Cold Stone Rankings.

C'est si bon (Kim Hyun-seok): pacing issues aside, it's a pleasant trip through an unusual piece of Korean cultural history, with an engaging cast and fantastic tunes


Clouds of Sils Maria (Olivier Assayas): it's a bit repetitive, but Juliette Binoche is marvelous

Welcome to Me (Shira Piven): worth it for Kristen Wiig's bizarre, empathic portrayal of a truly frustrating person; even the triumphs are tinged with discomfort; bow to Joan Cusack


What Happened, Miss Simone? (Liz Garbus): vague and all-too-brief with time and details, except when it comes to Nina's activism; then, it is truly electric

Chappie (Neill Blomkamp): knows itself, stays true to itself, sticks to its loopy guns

Cinderella (Kenneth Branagh): you don't have to completely reinvent something to offer a new perspective; leads charm, Branagh's romanticism a perfect fit (this was Number 22 in my 25 Most Anticipated)

Effie Gray (Richard Laxton): you will cringe, you will laugh, you will appreciate what a blue-and-grey palette executed imaginatively can do for a film

It Follows (David Robert Mitchell): a worthy mix of the old and new; I crawled back from the screen, even though I was in the theater

Mad Max: Fury Road (George Miller): non-stop adrenaline, one that actually got me out of my seat; the single image of men on stilts haunts (this was Number 23 in my 25 Most Anticipated)

What We Do in the Shadows (Jemaine Clement/Taika Waititi): original, hilarious, surprisingly heartwarming 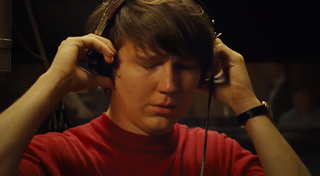 Dope (Rick Famuyiwa): it's a comedy, it's a noir, it's a commentary on race and class in modern America in general and Southern California in particular; flawless ensemble

Far from the Madding Crowd (Thomas Vinterberg): sexy; beautifully-photographed; understated devastation, eroticism; musical numbers are always welcome (this was Number 16 in my 25 Most Anticipated)

Inside Out (Pete Docter): thoughtful defense of tears -- and thank goodness, because it wrings out plenty

Paddington (Paul King): one of the first films to come out this year, and still among the best, thanks to its mischievous wit and earnest warmth


Saint Laurent (Bertrand Bonello): unflinchingly gay, hot hot hot; Gaspard Ulliel nails the simmering genius, the dangerous boredom, the sensuality; those clothes! (this was Number 15 in my 25 Most Anticipated)

Spy (Paul Feig): finally, Melissa McCarthy is given the proper vehicle, proving she doesn't need a Bullock or a Bateman; funniest studio comedy since 21 Jump Street