And the final day of 1969! I've given you the Top Ten, a full roster of nominees, and nine awards already. The final nine herein, beginning with.... 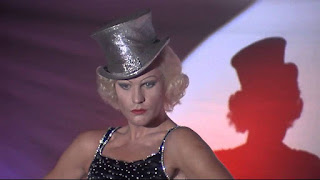 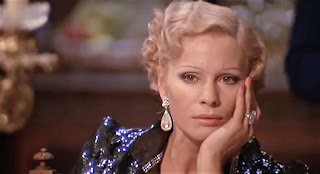 The Damned takes its aristocrats from chic to ghoulish, all in the way they apply their makeup - and how much of it they're using. Martin's drag, Sophie's increasingly painted face, the blood (God the blood) - it's all perfect.

In second, Black Lizard gives you face. In third, The Comic's early cinema pancake and convincing old age. In fourth, the dried makeup and frazzled hair on tired, sticky faces in They Shoot Horses, Don't They?. In fifth, the sweat and beards of Once Upon a Time in the West.

The rest of the show, after the jump.... 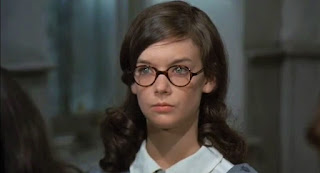 Pamela Franklin as Sandy
The Prime of Miss Jean Brodie

Franklin's role is a tricky one. She's going from adolescent to almost-woman, innocent worshipper to chief antagonist, and instead of the expected arc from naive to worldly, she must speak truth to power while guarding her innocence, even as she's rushed to rub out her youth. She is fallout without being a victim, a willing sacrifice, yet a relatable teenage girl. Franklin is great at this, matching Smith and surpassing all others.


Best Original Song
1. "We Have All the Time in the World" - On Her Majesty's Secret Service
music by John Barry
lyrics by Hal David 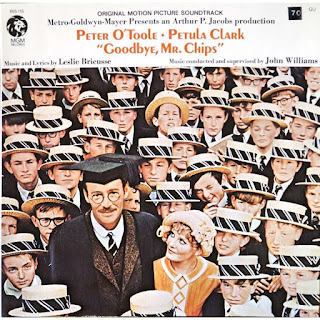 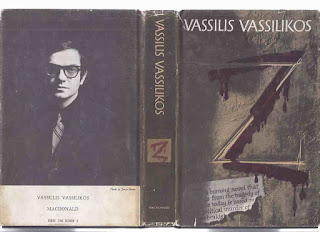 Z
Costa-Gavras & Jorge Semprún
from the novel by Vassilis Vassilikos

My same vote for the Oscars, navigating a complex web of carefully-plotted intrigue and genuine political stupidity to present a furious indictment of government corruption. "How can you not admire a film that juggles a sprawling cast of characters embodying multiple levels of conspiracy, counter-conspiracy, investigation, and innocence within a righteously furious political context without losing humanity, plausibility or humor?" I asked. You must! You must admire it! 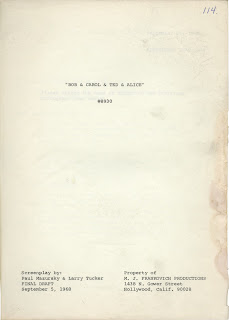 Also my same vote for the Oscars, laugh-out-loud hilarious, oddly moving, takes the piss but genuinely cares for its characters. I wrote, "Astute observations on the middle-aged white liberal navigating counter-culture-become-culture, with friendships and marriages strengthened and strained by open-mindedness run amok, ending with a beautiful summation of the simple connection we're all looking for."

In second, The Damned's densely-packed political family tragedy. In third, Once Upon a Time in the West's similarly novelistic approach to the west. In fourth, The Wild Bunch's cold, hard look at the west's cruelty. In fifth, If....'s blackly comic look at the British school system and class structure. 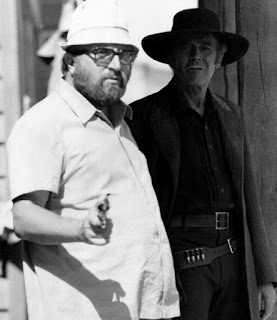 Sergio Leone
Once Upon a Time in the West

2. Costa-Gavras for Z; 3. Paul Mazursky for Bob & Carol & Ted & Alice; 4. Luchino Visconti for The Damned; 5. Robert Altman for That Cold Day in the Park

Maybe I'm too obviously impressed with the size of this thing in its widescreen format, its detailed production design, and its daunting runtime. But I don't want to be the kind of person not impressed with this level of craftsmanship, which comes out not just in those perfect visuals but also in the characterizations. What do you want from me? He nailed it! 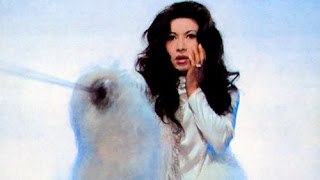 2. William Holden in The Wild Bunch; 3. Helmut Berger in The Damned; 4. Dick Van Dyke in The Comic; 5. Peter O'Toole in Goodbye, Mr. Chips

In a year full of incredible performances, no other dominated their film as decidedly as Akihiro Miwa as the empress of crime The Black Lizard. Miwa takes the stock character of Master Criminal and shows the boys how it's done: breathtakingly beautiful, effortlessly glamorous, armed with a musical laugh and appropriately theatrical line readings. And he does not play it dismissively, winkingly, as a man in drag: he is a woman! When the private detective (notice I didn't say the hero - Miwa is the hero) falls in love with her, we believe it. A one-of-a-kind star performance. 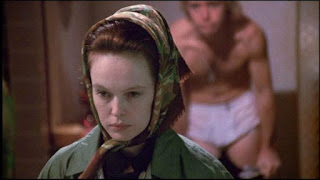 Sandy Dennis as Frances Austen
That Cold Day in the Park

2. Maggie Smith in The Prime of Miss Jean Brodie; 3. Ingrid Thulin in The Damned; 4. Geraldine Page in What Ever Happened to Aunt Alice?; 5. Mako Midori in Blind Beast

Dennis has such a strange screen presence - there's a kind of psychotic energy about her. It's a quality used to great effect in That Cold Day in the Park, where she seems a little surprised by the violence of her bottled feelings, but goes unquestioningly along with her new impulses. An eerie calm, an unperturbed quiet menace is the core of her performance. Unsettling and unforgettable.


Best Motion Picture of the Year 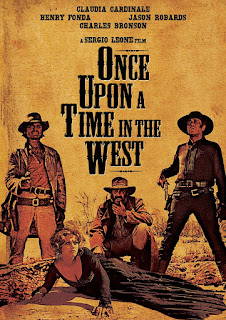 Once Upon a Time in the West
produced by Fulvio Morsella

Oh, gosh, this kind of crept up on me. I didn't realize until I was writing up Best Director above just how much I was knocked out by Once Upon a Time in the West. Yet I shouldn't be so surprised; after all, of all the movies I saw, it's the one I've thought about the most since watching, awed as I am by its scale, its feeling. It took the Italians to make a truly American epic, a tale of revenge, reinvention, and the resilience of the men and women who colonized the American west.


And so we wrap another year, another retrospective. Once Upon a Time in the West came out on top, not just with the big win, but with a total of four awards.

Email ThisBlogThis!Share to TwitterShare to FacebookShare to Pinterest
Labels: Black Lizard, Bob & Carol & Ted & Alice, Miwa, On Her Majesty's Secret Service, Once Upon a Time in the West, Sandy Dennis, Sergio Leone, That Cold Day in the Park, The Damned, The Prime of Miss Jean Brodie, Z