Just as certain filmmakers come with automatic awards heat to their name (Spielberg, Scorsese, Nolan), there are some authors whose work is so well-thought-of, any adaptation is ready for Oscar buzz. Does it always pan out? 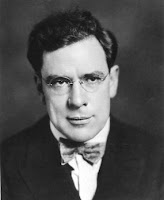 Playwright Maxwell Anderson's work inspired many an awards-caliber film, such as Oscar nominees The Bad Seed, Knickerbocker Holiday, and The Private Lives of Elizbeth and Essex, and Oscar winners Joan of Arc and Key Largo. He himself was even Oscar-nominated for one of his many screenwriting contributions - in this case, All Quiet on the Western Front - and was an uncredited contributor to films like Ben-Hur and The Life of a Bengal Lancer.

Filmmakers keep returning to Philip Roth again and again - most recently, Ewan McGregor with American Pastoral and James Schamus with Indignation - yet only Goodbye Columbus has had any success with audiences, critics, and Oscar. The closest anything ever came to duplicating that success? Possibly Elegy, the 2008 adaptation of The Dying Animal starring Ben Kingsley. 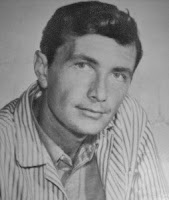 The works of James Leo Herlihy had their time in the Hollywood spotlight: 1959's Blue Denim was a Golden Globe nominee while 1962's All Fall Down was a Cannes competitor and National Board of Review winner. Midnight Cowboy was the only film version of his work to make it to the Oscars, and the last significant adaptation of any of his work. 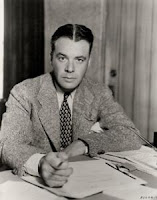 Horace McCoy, like Maxwell Anderson, was known in 1930s Hollywood as a screenwriter, though he originally arrived from Texas to pursue acting. As with his books, he contributed mostly to pulp crime dramas - a genre rarely afforded the respect it deserves. They Shoot Horses, Don't They? is, to date, his only brush with Oscar.

It is believed by many - or at least, the authors of Inside Oscar - that Z benefited from a heavy awards campaign, and so we may not be surprised upon hearing that Vasili Vasilikos' other works, while internationally-renowned, rarely inspired cinematic treatments outside his native Greece - though there was a 2012 remake of Z released in India, titled Shanghai.

Their works did inspire nominations at least once - and there they are. The Adapted Screenplay nominees of 1969:

Anne of the Thousand Days
Bridget Boland & John Hale
adaptation by Richard Sokolove
adapted from the play by Maxwell Anderson
****
first and only nominations for all; Golden Globe winner for Best Screenplay; WGA Award nominee for Best Adapted Drama

Engrossing to see the way sex and politics are played off each other for power, how personal vendettas shaped events of the moment and throughout history. As great as its observations about conniving, vaguer in matters of the heart. Better when it's cynical than when it's sincere.

Careful in its characterizations of...well, everyone, from bumpkin Joe to his good-time grandma, scheming Ratso to comfortable Jackie, wily Cass to the despairing towny. Brings out what makes these people people, for better and worse. Economizes Joe's background, drills in on Ratso.

A collage of despair, overwhelmingly stacking the humiliations up to the very end. Observations on capitalist desperation cruelly effective, crucially unsubtle. Knocks us over the head a little too much with its opening sequence and subsequent flash-forwards.

How can you not admire a film that juggles a sprawling cast of characters embodying multiple levels of conspiracy, counter-conspiracy, investigation, and innocence within a righteously furious political context without losing humanity, plausibility or humor? How do you not love such a balancing act?

This was the first of three awards for Midnight Cowboy that night: 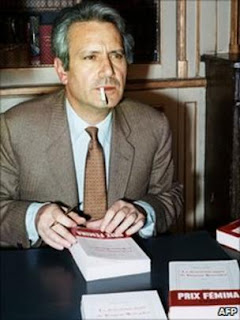