As I noted earlier, my tally for 2019 releases seen in 2019 was 97; to that, I add three more: 1917, The Rise of Skywalker and Uncut Gems, for a comfortable 100. Which means I've finally seen enough films to comfortably make my Top Ten of the year!

And now, in alphabetical order... 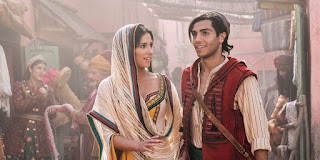 Certainly, the latest live-action Disney remake has its problems, but overall, Aladdin kept me genuinely entertained at a time when I really needed the escape. Stars Mena Massoud and Naomi Scott are all-caps MOVIE STARS, with the charisma, chemistry, and impossible good looks that that implies. Will Smith as Genie? Superb, makes it his own while paying tribute (and not too distractingly!) to the legendary performance that came before. Also, I was the music teacher's assistant for a production of Aladdin at a summer theatre camp back in 2007, and the entire film, especially the curtain call dance finale, brought back a lot of happy memories. 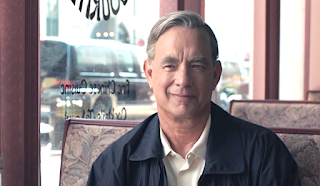 When Lloyd Vogel receives care and comfort from Fred Rogers, so, too, does the audience; at one point, he even looks directly into camera, inviting the viewer to join an exercise in gratitude and healing. To recreate an episode of Mr. Rogers' Neighborhood is neat - the sets, the music, it's perfect - but to successfully adapt that effect for an adult movie audience is...well, it feels miraculous. Having said that, I'm immediately reminded of my favorite moment, when Fred's wife Joanne responds to Lloyd calling her husband a saint: "I hate when people call him that. It makes what he does seem unattainable. But he works at it." A Beautiful Day... shows the rest of us where to start. 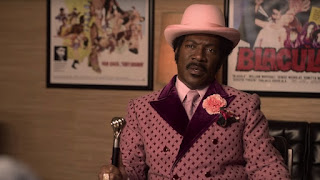 Not just the funniest movie of the year, also one of the most inspiring, an underdog tale about knowing your worth, never giving up, and providing an unlikely voice to the under-served - when one financier tells Murphy's Rudy Ray Moore that he can't make a movie just "for the five square blocks of people you know," Rudy responds, "Every city in America got those same five blocks." Tears of laughter and of poignance? Truly, the movie that has it all.

I once read that the more specific a piece of art is, the more we can relate; you may not be familiar with Bruce Springsteen's Highway 9, but you have your own Highway 9 and know what he means. Such was my experience watching The Farewell: because Wang is so specific about everything - from Nai-Nai's "boyfriend" to the men's smoking habits to haggling over catering prices, from the effect of the Asian diaspora on each generation to the individual processing of grief to the nuances of when the language changes in a conversation - her story becomes universal. 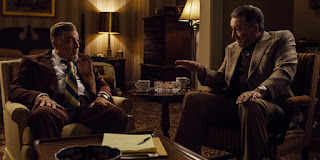 There are only a handful of films on this list that I've seen more than once; I've seen The Irishman three times, and could go for three more. Is it that perfect, perfectly devastating final third? Al Pacino's magnetic performance? Robert De Niro's understated one? The fact that it's Scorsese's fare-thee-well to the gangster genre? The way Steven Zaillian crafts not just a tragedy about a man defined by who he serves, but a chilling indictment of an America so infected by greed that no institution - the union, the voting booth, the steak houses - is safe from the grasping hand of the mob? Clearly, the answer is yes, it's all these things - and that's just the start. 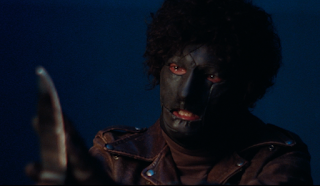 A violent slasher, a behind-the-scenes look at early 80s French gay porn, a tribute to cinema's ability to reflect back on us, a character study of an artist as destructive and parasitic as she is creative and tenacious, a haunting dream. The obvious giallo aesthetic of bold colors, brutal murders, and beautiful victims is all there, but there is also the feeling of loss and helplessness found in so many of the genre's masterpieces. It's there throughout Don't Torture a Duckling and Short Night of Glass Dolls, it's shockingly present in the finale of Bay of Blood, and it sneaks up on you amid the stylized "fun" of Knife + Heart - and leaves you to pick up the pieces long after. 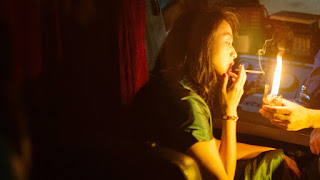 The introductory speaker at my screening noted Bi Gan's work as a poet, saying the film is not a linear narrative, but a poem of sight and sound; open yourself up and let the experience wash over you. What I experienced is a dramatization of that feeling when you're trying to remember a dream of a memory, like trying to capture smoke with your hands. The past is a series of ghosts and moments, people leaving in the middle of the story, puzzles unsolved and secrets barely exhumed. Through the transcendent, extended finale, it becomes something even deeper, with dreams more lucid than reality, the familiar ghosts reappearing in new guises, echoes of themselves and each other. 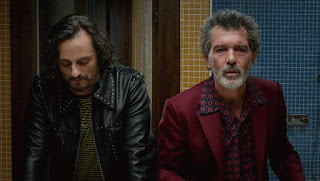 Could have made this list if it was just the sequence about two former lovers reunited after decades apart. Or if it was just the story of a boy's sexual awakening thanks to an innocent encounter with a beautiful neighbor. Or if it was just the dramedy of a filmmaker and an actor, one-time collaborators, hanging out, doing drugs, and inspiring and humiliating each other again. Any one of these by itself could have made it to this list, but Almodóvar gifts us all three, and so much more, in one package, a moving "auto-fiction" study of a director reflecting on his life and career, his choices and regrets, his men and his mother, anchored by Antonio Banderas' deep-digging performance. 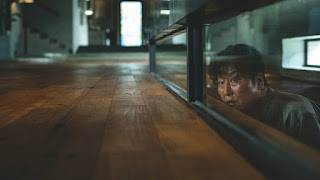 What more can be said about this tightly-plotted, darkly funny film about class tension, performed by an intimidating ensemble of heavyweights in what may be the director's greatest work since 2009's Mother? On first viewing, I was struck most by how the Kim family had to con their way into jobs they were actually good at; the Park parents' attentiveness towards their son, staying up overnight with walkie-talkies when he camps out; and the overwhelming sadness of the whole situation - for, as Bong has said many times, there must always be someone at the bottom in order for someone to be at the top. There's no solution, no escape - just a cycle of desperation and exploitation.

Just a cool damn movie, a tale of class, pride, and political intrigue. No other film this year offered diplomacy through sword fights, blade umbrellas, and princess warriors defending their own honor. Nor was there a performance like Deng Chao's, taking on the dual roles of a master fighter and his double so effectively that I keep checking to make sure it really was the same guy! Too, it's one of the most gorgeous films of the year, its limited color palette evoking not just the ying-yang symbol that becomes so vital to the story, but the calligraphy with which the royal family is obsessed, the deep inks of classic watercolors. An exciting, gorgeous film.

Email ThisBlogThis!Share to TwitterShare to FacebookShare to Pinterest
Labels: 2019, A Beautiful Day in the Neighborhood, Aladdin, Dolemite is My Name, Knife + Heart, Long Day's Journey Into Night, Pain and Glory, Parasite, Shadow, The Farewell, The Irishman, Top Ten