The 1954 Retro Hollmann Awards: Part One

Extremely late. The 1954 Retro Hollmann Awards are today and tomorrow, nine categories each day. Who's nominated? You'll find out as we go along. For now, let's start with....

She truly does it all: singing, dancing, comedy, drama - and more than once, all at once. Her chemistry with James Mason is perfect, her watchfulness, her knowing when to turn it on to cheer him up and when to fade back. Her song-work, of course, is superb, from the way she conjures a second "Born in a Trunk" out of nothing but living room furniture for "Someone at Last" to her gathering all her strength to sell the optimistic "Lose That Long Face" to, of course, "The Man That Got Away." You've heard the legend of Judy Garland; come see for yourself.

In second place, Danielle Darrieux in The Earrings of Madame De... - where frivolous flirting gives way to genuine passion. In third place, Rosaura Revueltas in Salt of the Earth - a marvelous arc where quiet housewife becomes fierce fighter for the working class. In fourth place, Brenda de Banzie in Hobson's Choice - a force of nature that's never overbearing, a genuine warmth that lives in tandem with her curt professionalism. In fifth place, Jane Powell in Seven Brides for Seven Brothers - leading the film's balance between rough-and-ready horniness and family-friendly sweetness. 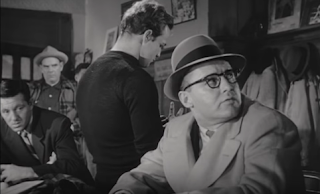 Rod Steiger as Charley Malloy
On the Waterfront

Plays beautifully the conflict between a man who's found a pretty comfortable line of work and a brother trying to look out for his younger sibling the only way he can. Or thinks he can. It's a heartbreaking performance, not as loud or centered as many of the other ones in the movie, but the one that gets under your skin.


In second place, Nestor Paiva in Creature from the Black Lagoon - comical, yes, but never a joke, nor a stereotype: probably the most capable of taking on the jungle and surviving. In third place, Louis Calhern in Executive Suite - embodying that special breed of the odious opportunist sitting on the board.  In fourth place, Karl Malden in On the Waterfront - with a righteous fury that is fearsome and awe-inspiring. In fifth place, Russ Tamblyn in Seven Brides for Seven Brothers - guileless, scrappy, and with incredible dance moves.


For its seamless merging of underwater effects shots and studio-shot sets, its destruction of warships via the haunting Nautilus, and of course, that Giant Squid, just as effective today as it must have been 65 years ago.


In second place, Dangerous Mission (Linwood G. Dunn / Harold E. Wellman) offers a dancing electrical live wire, a huge forest fire, and an icy finale, all amid the backdrop of a mountainous retreat. In third place, Them! (Ardell Lytle) has huge-ass ants. 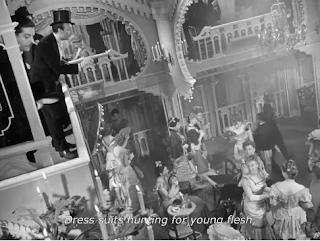 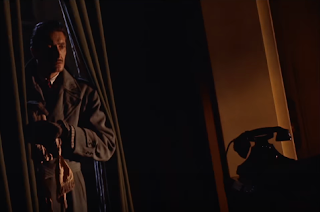 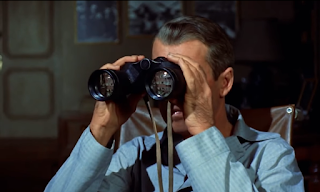 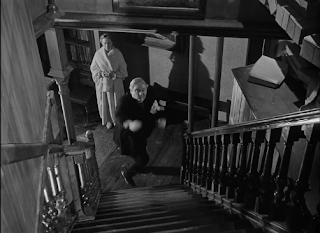 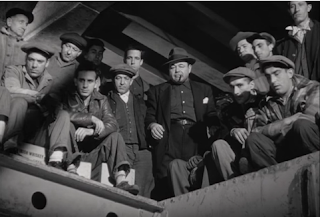 A mix of Actor's Studio alum, boxers, actual longshoremen... Every performer looks and moves like a longtime member of the community - even Eva Marie Saint looks like she'd give you a black eye if she wanted. In a film about a close-knit, tight-lipped group, that's important.

In second place, Executive Suite - a real ensemble made up of strong all-star talent. In third place, Johnny Guitar - a terrific showcase not just for Joan Crawford and Mercedes McCambridge, but for character actors like John Carradine, Royal Dano and ward Bond. In fourth place, There's No Business Like Show Business - the full family, from Ethel Merman to Mitzi Gaynor, as well as the delightful Ms. Marilyn Monroe. In fifth place, Hobson's Choice - not just John Mills and the family Hobson, but Hobson pêre's drinking buddies, the hopeful suitors, Mills' landlady and her daughter. 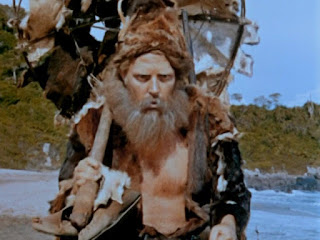 
Yeah, it's simple: I'm here for the many hair and beard do's O'Herlihy sports throughout the film. He goes from clean-cut and clean-shaven to absolutely wild! It's great!


The barn dance alone.... The editing gives the film its vibrance, its energy, its joie de vivre, guiding our excitement and enthusiasm without ever missing a step. Musicals and action films live and die in the edit bay - I would argue more than other film genres - and Seven Brides for Seven Brothers is a prime example of doing it right.


In second place, the tightening stranglehold of suspense of Rear Window (George Tomasini). In third place, On the Waterfront's (Gene Milford) ability to breathe between sequences of brutal action. In fourth place, the dreamy balance of humor and melancholy of Le Plaisir (Léonide Azar). In fifth place, the meditative action spectacle of 20,000 Leagues Under the Sea (Elmo Williams).

1. On the Waterfront
Leonard Bernstein


4. The High and the Mighty
Dimitri Tiomkin 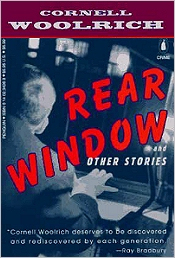 
A cracking good yarn with sharp dialogue and an increasingly alarming, claustrophobic mystery. Its leaps never feel unjustified, its characters' actions not out of the realm of possibility, so throughly has Hayes grounded the ensemble, from Jeff and his companions to the tenants across the alley.

In second place, A Star is Born (Moss Hart) adapts a popular picture into a three-hour musical epic - and never loses our interest. In third place, Le Plaisir (Jacques Natanson / Max Ophüls) presents three short stories by Guy de Maupassant - and the most devastating final line of the year. In fourth place, 20,000 Leagues Under the Sea (Earl Felton) gives each of its characters time to make their POV known, before unleashing sci-fi terrors upon them. In fifth place, The Earrings of Madame De... (Marcel Achard / Max Ophüls / Annette Wademant) tells an intimate story, grandly.


Day One is done! Nine awards given, three of them to On the Waterfront, two to 20,000 Leagues Under the Sea, and one apiece to The Adventures of Robinson Crusoe, Rear Window, Seven Brides for Seven Brothers and A Star is Born. Tomorrow, the remaining nine, including Best Original Song, Best Actor, and Best Picture of the Year!