Among the many ways the Fifth Academy Awards differed from the ones to come: this was the second and last ceremony in which the Sound Recording category went to the studio's sound department instead of an individual film and its sound engineers. For the second year in a row, the winner was Paramount. 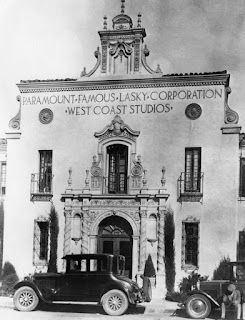 Looking at their Oscar-nominated output, it makes a bit of sense: besides the horror Dr. Jekyll and Mr. Hyde and the quasi-sports drama Lady & Gent, the studio also had train-and-revolutionaries drama Shanghai Express and two Ernst Lubitsch musicals, One Hour with You and The Smiling Lieutenant - all swell showcases for sound.
I saw 14 Paramount films that qualified for the 1931-32 Oscars. Leaving aside the five named above, all of which we'll discuss in more detail later, and Make Me a Star, which was discussed Friday, here are the films that may have contributed to that Sound win: 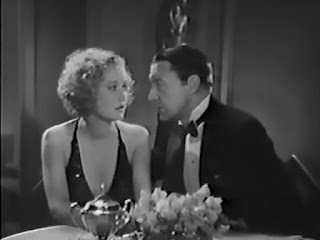 24 Hours (1931)
Takes place over a day (imagine that!) in the city that never sleeps, mostly focusing on an unhappy married couple, their lovers, and murder. A very subdued movie, though it finds time for a musical number or two and a street execution - all leading up to the aforementioned murder. The first 30 minutes are especially great: snow-covered sidewalks, messages written in frosted windows, an overall gloom, and Miriam Hopkins doing her thing. The sound work? Subtle! 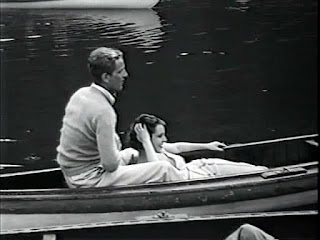 An American Tragedy (1931)
Harry D. Mills, sound recording engineer
In which a young man climbs the corporate ladder at the expense of his working-class wife. Striking outdoor cinematography, light playing off the water in a pastoral dreamland, a stark contrast to the horror taking place on its surface. Sylvia Sidney, I don't need to tell you, is wonderful. Otherwise a pretty stodgy film. Phillips Holmes is a real dud of a leading man here. The sound work? Terrific: factory floors, lakeside retreats, an excitable courtroom, rendered effectively. 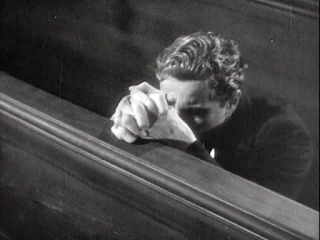 Broken Lullaby (1932)
Harry Lindgren, sound
A former soldier haunted by the German he killed in battle goes to his victim's hometown to make amends. Frankly, my dears, I loved it top to bottom, beginning to end, including that effective leading man...Phillips Holmes! Lionel Barrymore has a terrific monologue about fathers sending their boys to war as their proxies, then holding on to feelings of revenge because other fathers welcomed their boys home. A difficult and complex drama about redemption, the limits of honesty, the scars of war on soldier and citizen alike; it also captures the bitterness and hostility of post-WWI Germany, a national mood that paved the way for the horrors of WWII. The sound work? No big showcases here, but nothing stuck out as odd. 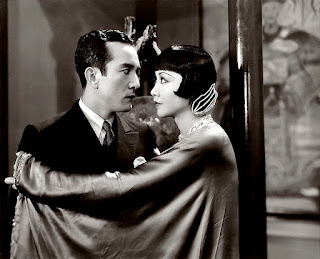 Daughter of the Dragon (1931)
Earl S. Hayman, sound recording engineer
Fu Manchu's daughter carries on his legacy. More layered than you might expect: the heroes of the film are Anna May Wong as the titular daughter, humiliated and fetishized by the British, yearning to make her own way in the world away from the expectation of her father and his cult; and Sessue Hayakawa as a police informant who finds himself caught between love for her and dedication to the idea of justice, even though Scotland Yard straight up says they could never hire "a Chinaman" to legally do the work he's already tasked with. You've still got Warner Oland and other actors "passing" as wicked, wicked Chinese, but the film's focus on its Asian leads complicates and challenges white society and empire. Wong and Hayakawa are above and beyond what's necessary for a thriller. The soundwork? OK; sometimes the rain drowns out the dialogue. 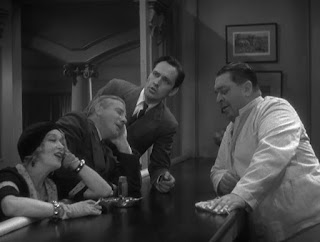 Merrily We Go to Hell (1932)
Harry D. Mills, sound
Socialite weds charming alcoholic writer, they have the expected ups and downs re: addiction, success, and fidelity. Not the only addiction drama during this period, it's a cut above the others by sheer virtue of showing how fucking fun drinking is. The people you meet are so fun and colorful! Why wouldn't you want to do this all the time? Fair-minded, empathetic, with a clear head for identifying triggers and a depiction of descent into depravity that is still genuinely shocking without coming off as preachy. Cinematographer David Abel is the standout, for me. The sound work? Fine - lots of party scenes, a play premiere, pretty good stuff. 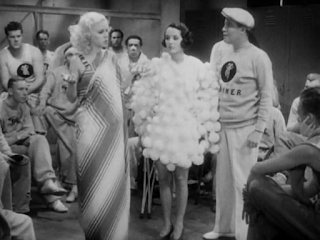 Million Dollar Legs (1932)
Brush salesman organizes an Olympic team to save a bankrupt country. It's fucking funny: impressive physical comedy, hilarious exchanges ("They won't hurt him, will they?" "Only for about two hours, then they'll shoot him."), absurd narrative twists. Lyda Roberti steals the show with her Mata Hari spoof Mata Machree (an "over-stuffed cooch-dancer," says the film's heroine), complete with glittering gown and horny musical number. Dumb to try to sum up in words what makes a laugh-a-second comedy like this work, so seek it out for yourself, enjoy it. Oh, the sound work? Singing, dancing, athletics, ocean liners, loud pratfalls...it has it all! 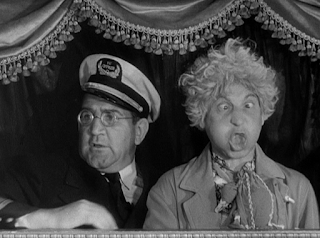 Monkey Business (1931)
Four stowaways run amok on an ocean liner. The first original Marx Brothers film, a non-stop marathon of comedy and chaos. Maybe it's me, maybe it's having grown up watching these films, but I still get a kick out of the "Sweet Adaline" reveal, the chase that becomes a brief jazz number, the captain's quarters, the Maurice Cheavlier gag, the climactic barn fight, and, most especially, Thelma Todd, who gives as good as she gets when she declares her desire to dance, to sing, to hotcha-cha! A gas. The sound work? The clatter of dishes, the moo of a cow, musical interludes, Maurice Chevalier on record, Punch and Judy...varied, detailed, wonderful. 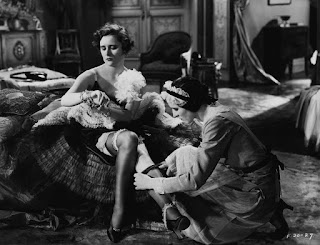 Secrets of a Secretary (1931)
Harold Fingerlin, recording engineer
Irresponsible socialite becomes secretary, falls for best friend's fiancé. Barely remember this one, honestly, except that it manages to go from good enough romantic drama with social commentary to...murder story??? These self-flagellating heroines frustrate me. Don't much recall the sound work.
Tomorrow, a look at the first quarter of the qualifying period: August 1, 1931 - October 31, 1931.
You May Also Enjoy:
ZergNet
Like us on Facebook
Posted by Walter L. Hollmann at 11:18 AM