Norma Shearer presented the award for Best Actor - and to go by Inside Oscar, it was an exciting way to present it. She did the nominees, then the winner was revealed via an audio clip from their performance as the star's photograph was projected behind Norma. Fredric March accepted...and then some time later, the ballot-counters realized that there was only a three point difference between two of the nominees. According to the rules of the time, that meant...A TIE! 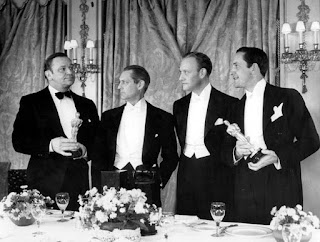 Wallace Beery went up a little late, but he accepted his Best Actor trophy. It was the first of only six times this happened, and the first of only twice in the acting categories. Beery and March had just adopted children, so March made a joke about them winning for "best male performance," ha-ha. The third nominee, Alfred Lunt, probably would've felt crunchy about it had he cared. He and his wife Lynn Fontanne were both up for Academy Awards for The Guardsman, recreating their hit stage roles; both also declined MGM contracts so that they could return to treading the boards in New York.
The nominees: 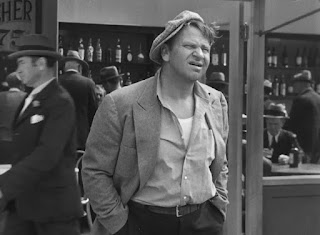 Wallace Beery as Andy "The Champ" Purcell
The Champ
***
second and final nomination
He's effective enough as the palooka with no other skills besides boxing and gambling. Beery actually underplays more than I expected, though it's a choice which often allows screen son Jackie Cooper to walk off with the picture. What counts is that you believe him: he wins your sympathy, earns your frustration, and wrings tears without overdoing it. 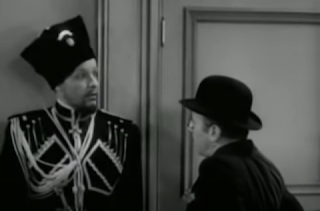 Alfred Lunt as The Actor
The Guardsman
*****
first and only nomination
Lunt, meanwhile, absolutely overdoes it in his comic turn as an actor testing his wife's fidelity - and that's the point! He's hilarious as a man who is always "on," unable to resist chewing the scenery even as he thinks himself merely observing clandestinely - what's the point of "disappearing" into a role if no one recognizes you to give credit? A riotous scalping of thespian egos. 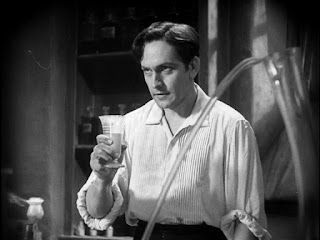 Fredric March as Dr. Henry Jekyll / Mr. Edward Hyde
Dr. Jekyll and Mr. Hyde
*****
second of five nominations
He finds the Hyde within Jekyll early on through Henry's impassioned condescension towards the bigwigs who won't accept his theories or modern ways - resentment, anger, and desire, all waiting to be unleashed. When it is, it's horrific, and March works to make sure it's not just the makeup doing the heavy lifting. A full body-and-soul performance.

And as you can see above, I still, technically, have a tie, even without Beery! But if I were voting, I'd only be able to check one box. And that box belongs to: 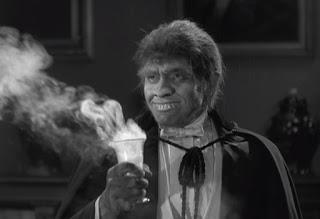 Tomorrow, the nominees for Best Actress: Marie Dressler in Emma, Lynn Fontanne in The Guardsman, and Helen Hayes in The Sin of Madelon Claudet.
You May Also Enjoy: