On November 18, 1932, the Motion Picture Academy held its fifth annual awards show at the Ambassador Hotel in the heart of what is now Los Angeles' Koreatown. Academy President Conrad Nagel (an actor whos appeared in five films released during the eligibility window, none of which were nominared or seen by yours truly) was the Master of Ceremonies; he also presented the Short Subject awards as well as a Special Award to walt Disney, for the creation of Mickey Mouse. All that business followed the awarding of Sci-Tech Awards, Sound Recording, Interior Decoration, and Cinematography. And then the writing awards, presented by Howard Estabrook. 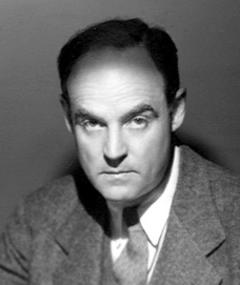 Estabrook was the reigning winner of the Best Adaptation Academy Award, which he received for Best Picture Cimarron. I don't know which writing category came first, but I'm starting with....Original Story. Not screenplay, mind you: story. Adaptation and Dialogue were often credited to different writers than the story, a holdover, I imagine, from the scenarist days of silent film. Starting in 1940, there were three writing awards: Story, Story and Screenplay, and Screenplay (for adaptations and screenplays not written by the original scenarist). Things were simplified after the awards for 1956, and from then on, it was just Adapted Screenplay and Original Screenplay.
That is now, but this was then. The four (?!) nominees for Original Story, 1931-32, were: 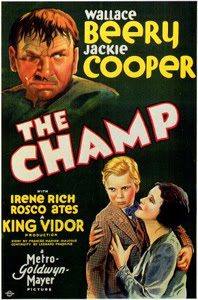 The Champ
Frances Marion
****
second of three nominations, past winner
A former champion boxer finds it increasingly difficult to care for his child, his drinking and gambling habits catching up just as his wealthy ex-wife suddenly turns up to take her boy back. They call this a "male weepie," just as melodramatic as a "chick flick" but in a milieu that allows men to react sensitively. It's a fair portrayal, I think, of people who mean well and try their best but, gosh, it's a struggle. Empathetic to all, though Marion could have given more grief to that piece-of-work mom. Much more the kid's story than the champ's. 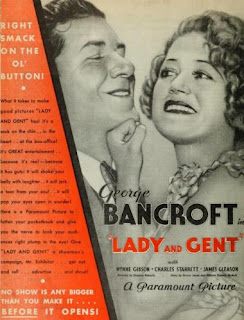 Lady and Gent
Grover Jones, William Slavens McNutt
**
first of two nominations for both
Underground boxer and cocktail waitress become adoptive parents for the secret son of their dead friend. Takes its time to get to the "plot", which mostly serves as a framework for the romance between the lady and gent of the title. Manages to tie it all together  Released eight months after The Champ, difficult not to see this as some sort of cash-in: boxer, kid, proud papa stuff, climactic tears. It's meandering, but charming. 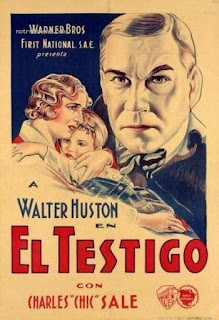 The Star Witness
Lucien Hubbard
*
second and final nomination
A violent gang has the run of the neighborhood and intimidates a family that's seen their crimes - but only the Civil war veteran grandfather has the guts to testify against them! One of a number of finger-wagging morality dramas about society being overrun by bad elements and what we the people must do to stop them. This movie's solution: keep out immigrants! It's said over and over again, rampant crime is the inevitable result of letting foreigners in. Reprehensible. 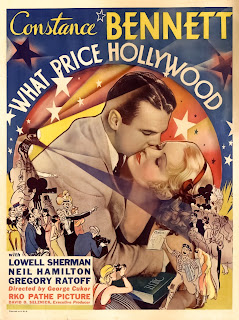 What Price Hollywood?
Adela Rogers St. Johns, Jane Murfin
****
first and only nomination for both
An actress's star rises when she pairs up with an alcoholic director whose star is fading. The original A Star is Born, as you can tell, but with the added complexity that she has her own life outside of him: his is an unreciprocated love, though her friendship with him still endangers her career. A straight-shooting, beautifully told drama that neither pulls punches nor strains credulity. It's no wonder they keep remaking it!
--------------------------------------------------
Frances Marion won for The Champ. My vote...also goes to a lady. In fact, a pair of them: 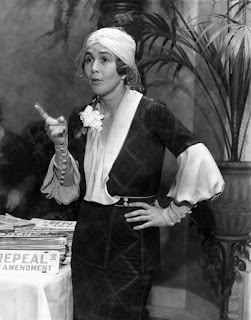 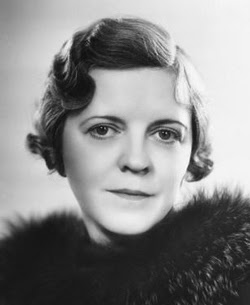 Email ThisBlogThis!Share to TwitterShare to FacebookShare to Pinterest
Labels: 1931, 1932, Lady and Gent, Oscars, The Champ, The Star Witness, What Price Hollywood?