We're doing all the nominees for both the writing awards as well as Best Director today. It made sense to me: there are only six movies to discuss. See, at the time, ballots were supposed to be limited to three nominees per category - categories made up of seven, six, or twelve were the result of ties in the voting stage. Nowadays, there are rules to prevent that from happening, just as the Academy no longer allows write-in candidates. With the exception of said write-ins - the FBI propaganda thriller "G" Men in Original Story, Captain Blood in both Screenplay and Director - the writing and directing nominees kept it to three per, with Screenplay and Director lining up perfectly. 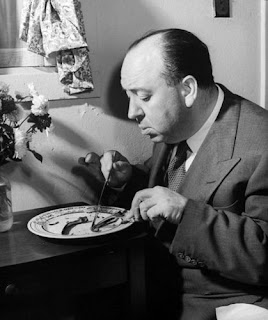 There weren't as many "precursors" back in this time, mostly just the New York Film Critics Circle. Like the Academy, they named John Ford the Best Director of the year for The Informer, but they did cite another filmmaker as runner-up, an already notable British director whose latest works were enough to achieve breakthrough success in the United States: Alfred Hitchcock, for The Man Who Knew Too Much and The 39 Steps. It would be another five years before he came to Hollywood and was formally welcomed into the club of Academy Award Nominees, with Rebecca. But that's a story for another day.
Beginning with Best Original Story, the nominees are: 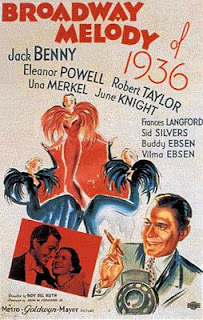 Broadway Melody of 1936
Moss Hart
***
first of two nominations
This is the story of a young theatre producer, a high school sweetheart who tracks him to New York, a plotting gossip columnist, a wealthy investor who wants to be a star, and a fake French singer. Complex? Not at all - it's rather straightforward, you might say strangely logical, the way it proceeds through its narrative, even if it does seem to be grasping for more than it can handle. 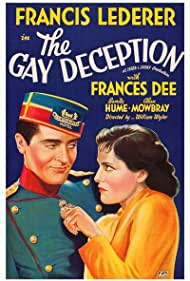 The Gay Deception
Don Hartman and Stephen Morehouse Avery
***
first of two nominations for Hartman; first and only nomination for Avery
A woman wins big in a lottery, treating herself to a weekend at the most expensive hotel in New York; the staff mistakes her for an heiress and she decides to go along with it, though there's no fooling the actual swells spending the season there. She does catch the eye of the hottest bellhop you've ever seen in your life, who is actually a foreign prince undercover to research the hotel before a franchise is opened in his country. There's some dumb political faux-intrigue to complicate matters, but on the whole, the simplicity of the tale is its strength. Class lines are blurred and love wins the day. Charming. 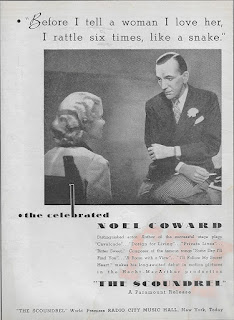 The Scoundrel
Ben Hecht & Charles MacArthur
**
past winner, third of six nominations for Hecht; second of three nominations for MacArthur; NYFCC Awards Special Citation for Most Readable Script
We are not here to comment on the film itself, which features Noël Coward seducing women with his, uh, cosmopolitan way of saying things. The story is about a publisher who's a heel; his latest conquest is an innocent poet who thinks she knows what she's in for, but is unprepared for when the publisher's interests stray to an equally cool woman. That's about 3/4 of the film. The final act takes place after he's killed in a plane crash, his spirit forced to wander until he can find someone who mourns him with real tears. Forgive me, I found the fantasy-redemption stuff too lately developed, too stupid to bear.
On the whole, no great shakes, this lineup. The Scoundrel won the Oscar, and I suppose there's much about it that seems so very literate and mature...just that final act is so screwy! It's no Peter Ibbetson, I can tell you. Strangely enough, I think my vote would have to go to:

THE GAY DECEPTION
by
HARTMAN & AVERY
The next category is for Screenplay, all adapted, all also nominated for Best Picture, Best Director, and Best Editing.

The Informer
Dudley Nichols
from the novel by Liam O'Flaherty
*****
first of four nominations
Gypo Nolan is broke, his prostitute girlfriend yearns for a better life, passage to America happens to cost the same amount as the reward the Black and Tans are offering for on-the-lam IRA man Frankie McPhillip - Gypo's best friend. Yes, Gypo betrays Frankie (it's in the title), and the screenplay works to convince us that Gypo would make such a betrayal, then squander all the money on drink, try to frame another for his actions, and still be worthy of forgiveness by the end. Mission accomplished, as it captures the desperation and shortsightedness of such a man, the severity with which the IRA enacts its justice, the mercy of McPhillipe's family, the ominous anonymity of the Black and Tans. 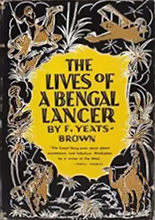 The Lives of a Bengal Lancer
Waldemar Young & John L. Balderston and Achmed Abdullah
adaptation by Grover Jones and William Slavens McNutt
from the memoir by Major F. Yeats-Brown
**
first and only nomination for Young; first of two nominations for Balderston; first and only nomination for Abdullah; second and final nomination for Jones & McNutt
has a beautiful throughline with the story of the general running the show and his junior officer son who just joined, but this is relegated to subplot, when it is really the plot. The leads are vaguely-written stock characters, the hothead independent and the wiseacre. Comes together in the last act. 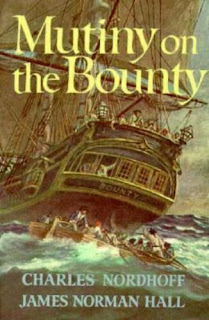 Mutiny on the Bounty
Talbot Jennings & Jules Furthman and Carey Wilson
from the book by Charles Nordhoff and James Norman Hall
***
first and only nomination for Furthman and Wilson; first of two nominations for Jennings
It is a shame that I saw the 1962 remake first because it's a pretty beat-for-beat re-do of this movie. I have very little to complain about regarding the screenplay, then, though I do feel it sometimes leaves events off-screen that it later references (the cheese!). There's a good build of the tension onboard that eventually leads Fletcher Christian to lead a rebellion. Characters vivid.
My pick is obvious - it was also the Academy's vote: 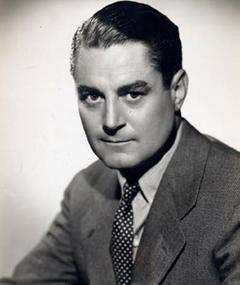 THE INFORMER
adapted by
DUDLEY NICHOLS
And now, same films, different element - it's the directors: 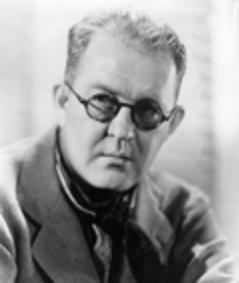 John Ford
The Informer
*****
first of five directing nominations; NYFCC Awards winner
Succeeds at every element of motion picture brilliance! The performances are pitch-perfect, everyone just as interesting and specific whether they're center of the frame or skulking in the corner. The look of this: the constant fog, the empty streets, this nightmare world of shadows where no one and nothing can be trusted, not even one's own presence of mind. Everything comes together because Ford has guided it assuredly, passionately. 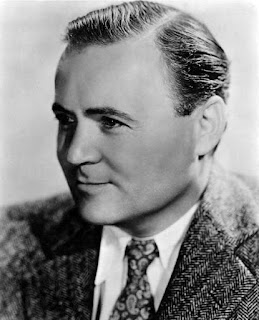 Henry Hathaway
The Lives of a Bengal Lancer
**
first and only nomination
It is so strange to me that everything feels right, yet...tough to put one's finger on why it doesn't work. There's an odd lack of spark to the proceedings. It looks good, it certainly moves, and the action sequences are impressive, but there's little chemistry between the performers, and despite everything being nothing but stakes, there's no feeling of urgency until the end. Why does it feel so unimportant? 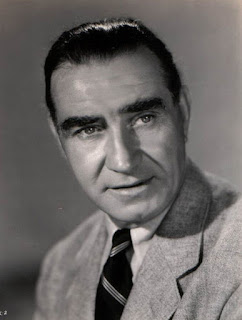 Frank Lloyd
Mutiny on the Bounty
***
past two-time winner, fifth and final nomination
Solid, epic filmmaking. The sojourn in Tahiti is as languid as the storm mid-sea is harrowing. Doesn't let his performers overdo the suffering or rebellion or lustiness; instead, all is played fairly realistically, believably. This is the kind of sure hand a big movie like this needs.
Once again, quite obviously, my vote agrees with the Academy's: 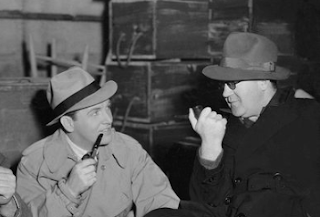 JOHN FORD
for
THE INFORMER
Tomorrow, the nominees for Best Actor - Mutiny on the Bounty has three representatives in Clark Gable, Charles Laughton, and Franchot Tone, all taking on The Informer's Victor McLaglen.
You May Also Enjoy:
ZergNet
Like us on Facebook
Posted by Walter L. Hollmann at 2:41 PM

Email ThisBlogThis!Share to TwitterShare to FacebookShare to Pinterest
Labels: 1935, Frank Lloyd, Henry Hathaway, John Ford, Lives of a Bengal Lancer, Mutiny on the Bounty, Oscars, The Broadway Melody, The Gay Deception, The Informer, The Scoundrel